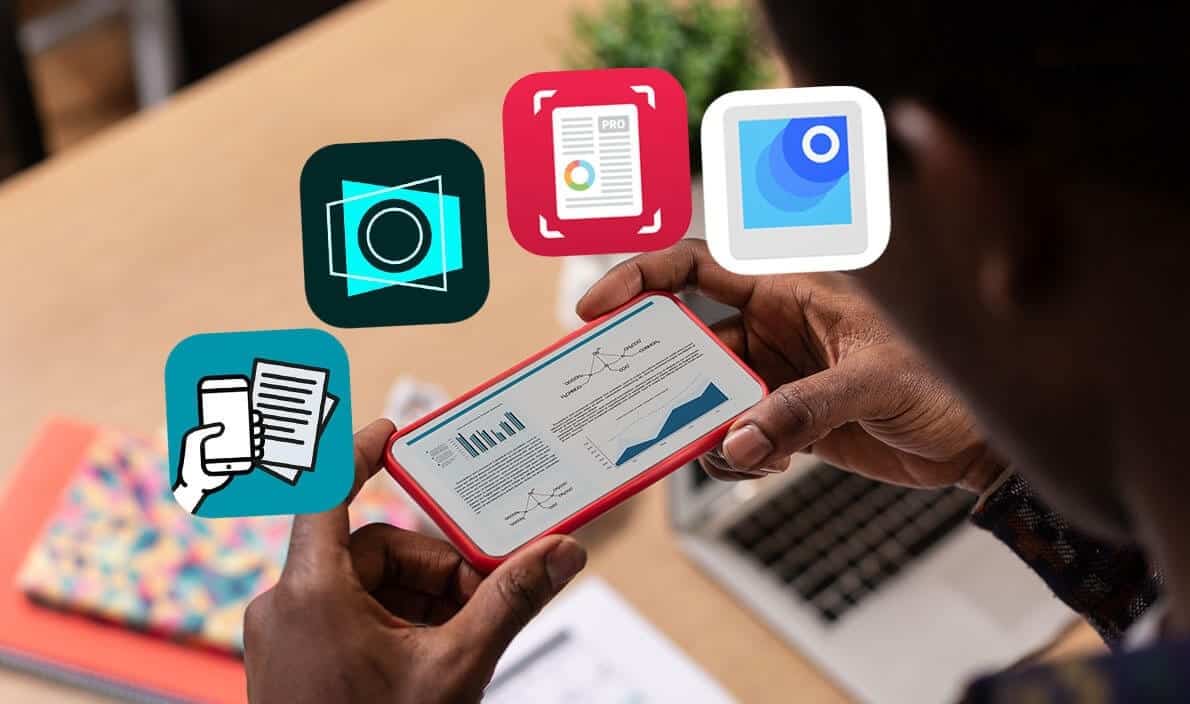 This post will show you the best CamScanner alternatives that will meet your needs.

CamScanner is a scan to PDF tool for smartphones from the Chinese developer, INTSIG Information Co. Ltd. As you know, the Indian government has recently imposed a ban on around 59 Chinese apps.

So, while the app might still be available on the Google Play Store and App Store, it will likely be removed from both India’s platforms very soon.

If you were one of the active users of this app, a document scanner, you are probably looking out for a replacement for the same.

Here is our list of the top 10 best CamScanner alternatives for you to try. 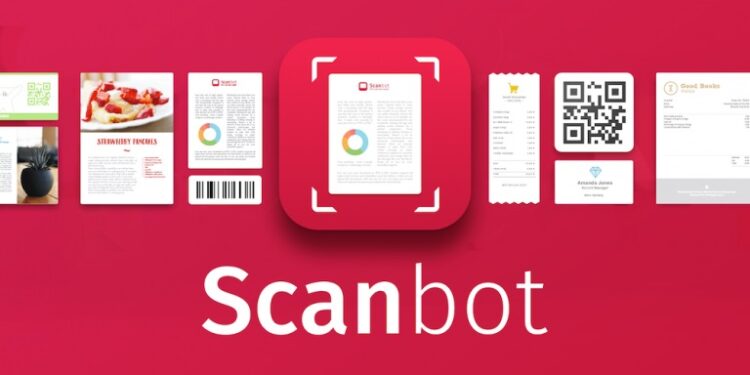 Scanbot is the same as CamScanner in terms of the features offered by the app. It can scan all kinds of documents, and it also automatically detects edges and crops them.

There is multi-page scanning available and OCR text recognition as well. Text recognition even helps users to search for documents with the contents inside them. So, it can be pretty helpful for anyone. Install Scanbot for Android and iOS for free. 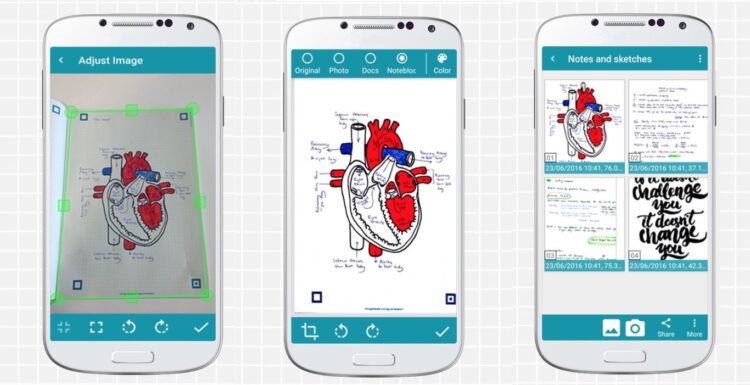 Notebloc is among the best CamScanner alternatives that has many features like CamScanner. To start with, you can scan different types of documents and create high-quality scanned images. There is also smart edge detection, which works pretty well, and it’s easily comparable to CamScanner. So, it can be used in the place of CamScanner.

You also have document editing, batch scanning, OCR support, and cloud integration within the app itself. However, according to us, the best feature of Notebloc is that there is no watermark on the scanned documents, and that is simply the best thing about it.

Many people have heard that CamScanner comes with an unreasonably large watermark, and Notebloc doesn’t have a watermark in its documents. If you’re looking for a CamScanner alternative without watermark branding, Notebloc can be a fantastic choice. Install Notebloc for Android and iOS for free. 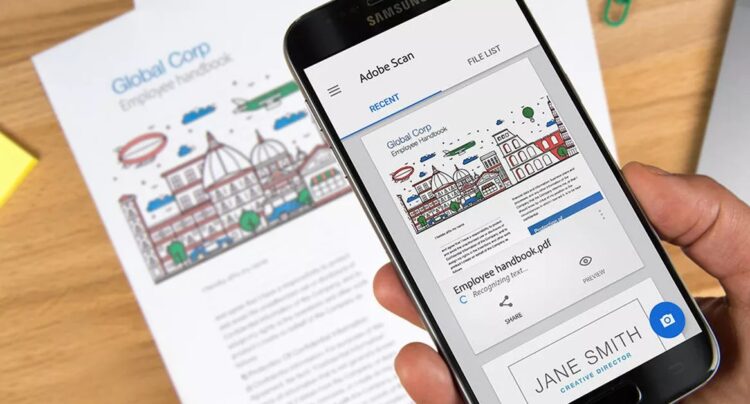 Adobe Scan is a PDF Scanner with OCR. It is one of the first apps that come to mind when you think of alternatives to CamScanner.

This app is developed by Adobe and can be easily considered as one of the most trusted options in the same category for sure. You can install Adobe Scan on your mobile device for free and start scanning documents right now. The app is available on iOS & Android phones. 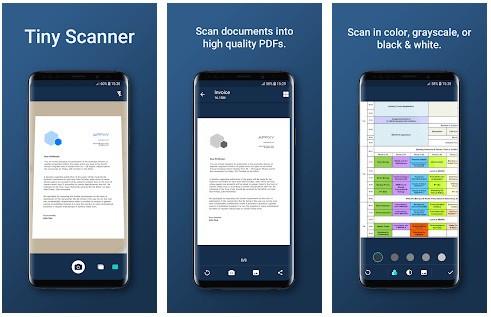 This one is a very lightweight and straightforward scanner to scan receipts and documents. It is mainly known for automatically detecting the document’s edges and saving the file in your Gallery app. Install Tiny Scanner for Android and iOS for free.

Today, most folks use Google drive or have it on their mobiles without even knowing that this app can scan documents. While it probably comes as a surprise, Google Drive contains a built-in scanner in the app itself. All you need to do is click the plus button and easily scan documents, receipts, notes, etc.

Let’s be straight here, Google Drive is not as feature-packed as CamScanner, but it does offer a simple scan and upload feature, which can be pretty helpful for anybody who is looking for a simple scanner app. Google Drive also has edge detection and crop functionality with a basic image editor in the app.

One of the main reasons anybody would choose Google Drive as a CamScanner alternative is that this scanner might be straightforward and may not have many features, but you can always be relieved that your documents are in safe hands. In that case, Google Drive can be a good replacement.

While Google Drive may be low on features, unlike the other apps, it is the go-to app for looking for a pretty simple scanner app without all the high-end features. Also, Google Drive can be easily trusted, and it is straightforward for anybody to use. Install Google Drive for iOS and Android.

Google developed this app PhotoScan is another great choice that lets you scan your daily documents. It allows you to digitize photos and scan them even when you are a bit in a hurry to get your document scanned.

Moreover, you can save these scanned photos as digital copies as well. Install PhotoScan on Android and iOS for free. 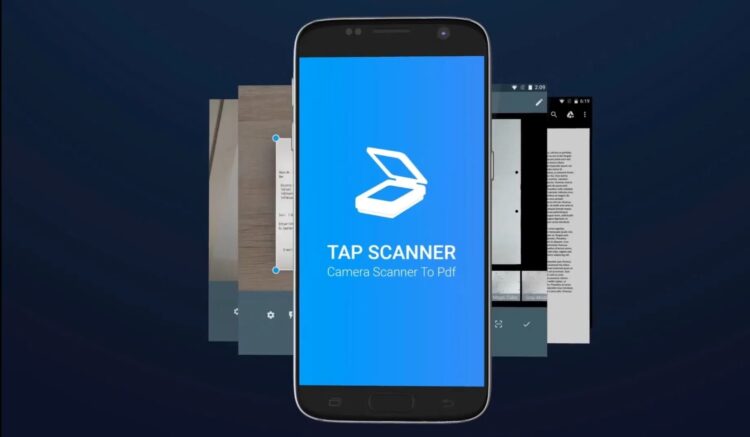 TapScanner is one of the top CamScanner alternatives and a scanning app with OCR features, batch scanning, and two other very unique features. The first fantastic feature is that the app can simultaneously take three pictures to create finely-detailed scanned documents. The only issue is that this may seem slower than other apps on some devices, but that issue is understandable for the functionality.

The other fantastic feature is the ability to digitally signing your saved PDFs. This feature is something different and that no other scanning app we know of, as of now, can do. I would highly recommend this. There are even many filters like CamScanner to get your document just the way you desire it. Install TapScanner for Android & iOS for free. 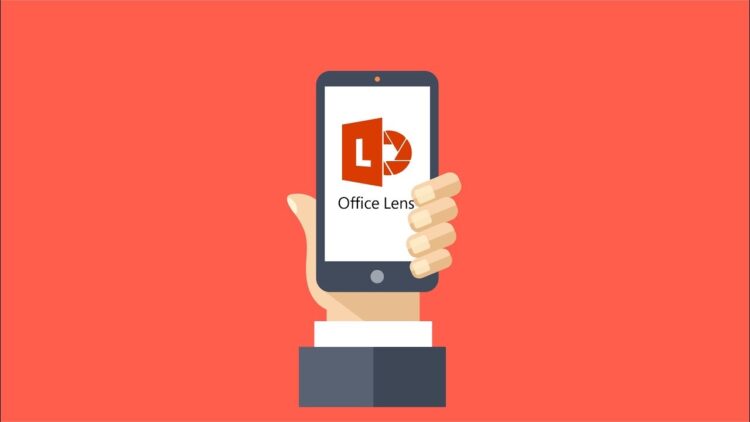 The Microsoft Office Lens is also a compelling app that you can use to replace your old CamScanner app on your device. As the name says, Microsoft developed the app and let users scan all kinds of documents before being exported directly to Word or PowerPoint.

The app is a better option, especially for those already part of the Microsoft ecosystem. Install Microsoft Office Lens on Android and iOS for free. 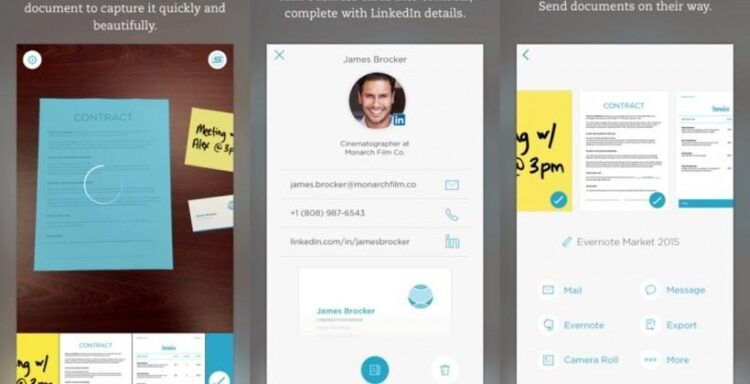 Firstly, you can scan notes on the app, and you may even scan business cards or receipts and any paper document with fantastic clarity. This app also uses smart edge detection and crops the image automatically. After that, you can save the scanned documents in your camera roll or export those as PDF files as well. There is also an email and a cloud integration option available so you can scan a document and send it to your friends or anybody without any trouble.

The only thing is, it does not have some features like OCR and annotation. Other than that, Evernote Scannable does the basics pretty well. After considering all these points, you can opt for Evernote Scannable if you want a seamless scanning experience.

It is another app called TurboScan – it allows you to do almost all the work CamScanner was capable of. This app features auto edge detection, multiple scanning, and more features along with a sharpening mode, which has created better-scanned copies for anyone looking to scan their documents. Install TurboScan for Android and iOS for free.

What can I use instead of CamScanner?

CamScanner was banned because of security issues. There are many CamScanner alternatives for you to try on. Some of them are PhotoScan, Microsoft Office Lens, Adobe Scan, Google Drive TapScanner, and many more.

Is there a free version of CamScanner?

CamScanner is free to use app that lets you convert photos into pdf files; you can also scan, edit, store, and sync content on various devices.

Why is CamScanner banned?

When the issues started between Indo-Chinese Border, the Indian government banned 59 Chinese apps, including CamScanner, in the name of security issues.

Using the CamScanner app is safe, but the advertising library within the app installs malware into users’ phones, so it is not trustworthy as it used to be.

So as you guys see, this is our list of some of the best CamScanner alternatives, which are pretty helpful and share a similar set of features and that can be used in place of CamScanner. In this list, some apps re-complete scanner apps in themselves, and some were particularly good at scanning and sharing the same file or document. It depends on your requirement, and you may pick any desired app from the list above. I am pretty sure you won’t be disappointed at all.

How to Factory Reset iPhone/iPad and Wipe All your Data

How to Find Your Lost AirPods (Easy Methods Listed)