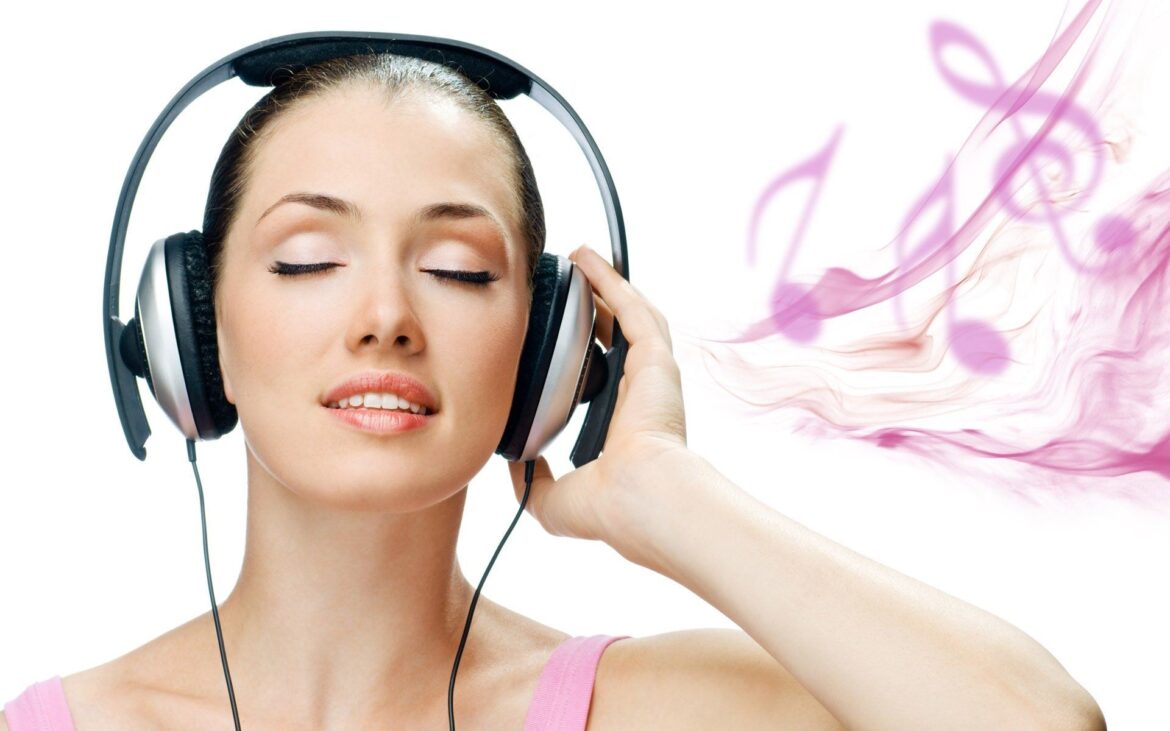 This article will discuss the top ten Offline Music Player apps for Android. You can use these best Apps For Music Offline Free to play music files stored on your smartphone without an internet connection. 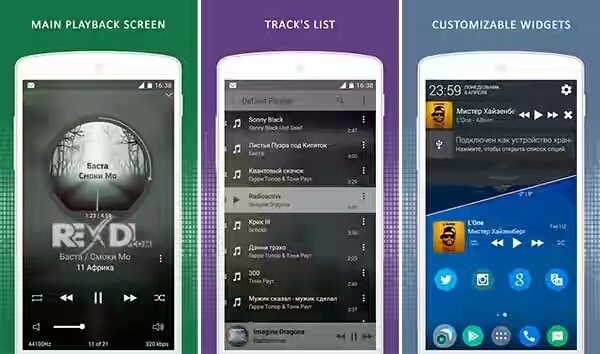 Stellio is one of the most sophisticated Free Music apps for Android. The app is well-known for its powerful sound, theme support, and extensive sound settings. In addition, Stellio supports a wide range of popular audio file formats, including FLAC, MP3, CUE, APE, M4A, etc. It also supports Android Wear, allowing you to control music from your smartwatches. 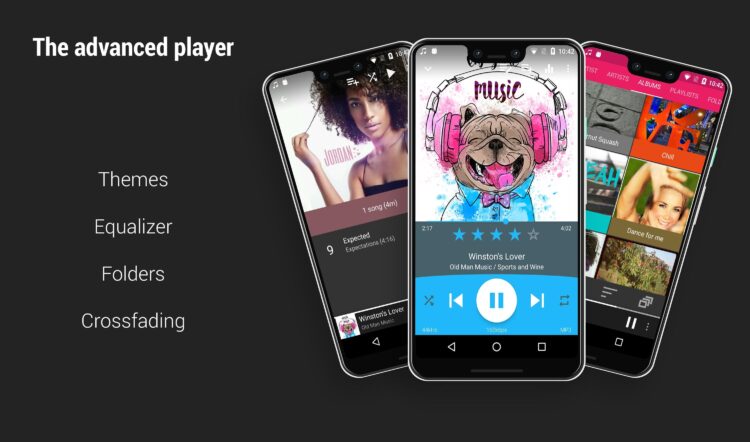 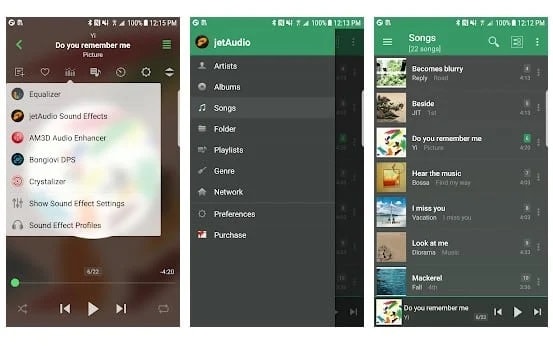 JetAudio is another highly-rated offline music player app to consider on the list. The fact that JetAudio supports almost all major music file formats is a huge plus. In addition, JetAudio provides users with a 10-band equalizer, 32 presets, and lossy and lossless support. 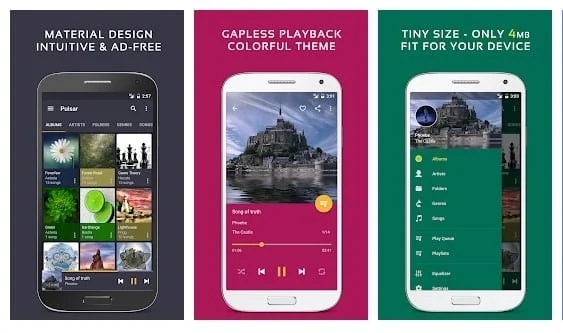 Pulsar Music Player is yet another excellent offline audio player app that is free of advertisements. The music player is well-known for its beautiful user interface, which adheres to all material design guidelines. Aside from that, the music player includes nearly all of the features required to meet your music needs. 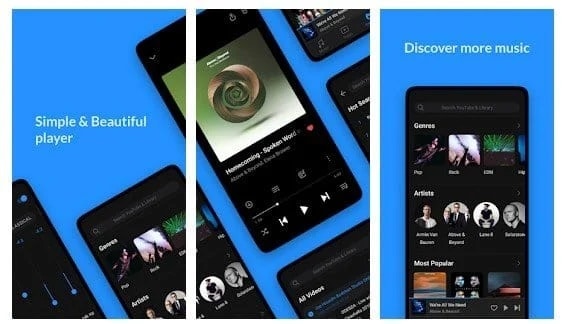 If you’re looking for a visually appealing and lightweight music player app for your Android device, you should give Lark Player a shot. It’s a music and video player app that changes how you watch videos and listen to music. When it comes to supported file formats, Lark Player supports nearly all popular audio and video formats. In addition, it automatically retrieves audio and video files from your phone or SD card. 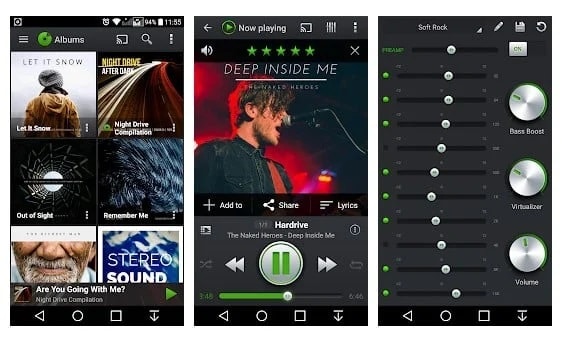 The fact that PlayerPro supports plugins is a huge plus. As a result, the plugins can be used to expand the features of the music player app. Aside from that, PlayerPro allows users to browse and play music files in various ways, including albums, artists, composers, genres, and so on. In addition, the music player app includes a built-in tag editor, multiple audio effects, a 5-band graphic equalizer, and other features. 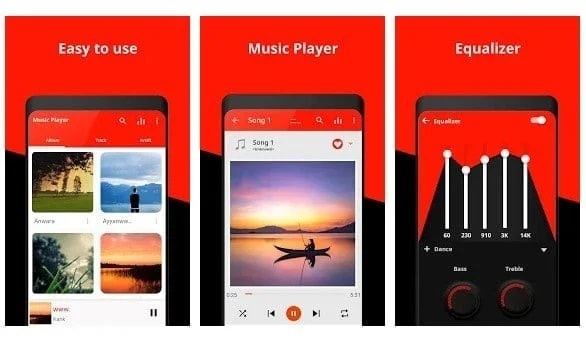 It is one of the excellent and most highly rated Apps For Music Offline Free for Android. The app lets you quickly and easily find and manage all of your music files. Regarding file compatibility, Music Player supports MP3, midi, wav, flaw raw, aac, and other formats. Music Player also includes a five-band graphical equalizer to help you improve your music even more. 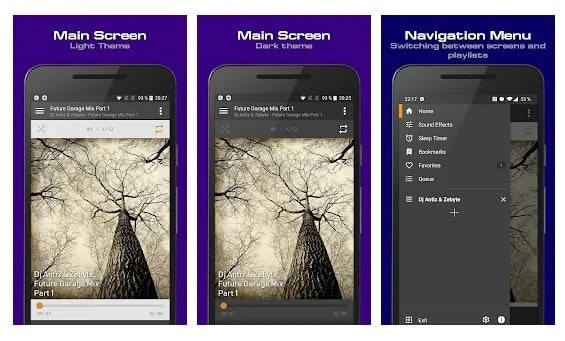 If you are wondering about a simple and easy-to-use music player app for your Android smartphone, AIMP might be the best option. The admirable thing about AIMP is that it scans and lists all music files on your internal and external storage without displaying any advertisements. Aside from that, the app supports a variety of music formats and comes with a 29-band equalizer. 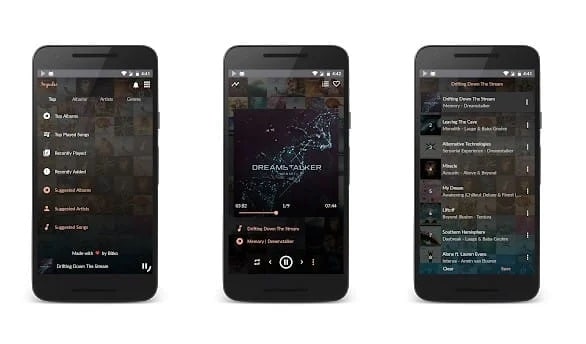 Impulse Music Player is the best gesture-controlled music player app on the well-known list for its user-friendly interface. The Impulse Music Player’s key features include bass boost, virtualizer, gapless playback, crossfade, metadata editing, and so on. However, the gesture control feature is the most impressive of all. 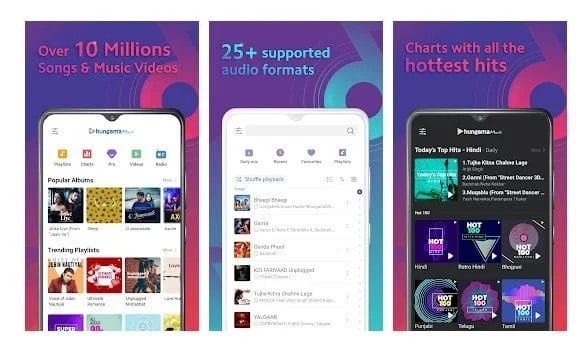 It is the default music player app for Xiaomi devices. This music player is available on all Xiaomi smartphones, including the entry-level, mid-range, and high-end models. It detects all of your music files stored on your internal storage and SD card automatically. As of now, Xiaomi’s music player supports over 25 different audio file formats. The app, however, is only compatible with Xiaomi phones.

So there you have it: the top ten Apps For Music Offline Free for Android. And if you know of any other similar apps, please let us know in the comments section below. I hope you found this helpful article! Please forward it to your buddies as well.