Are Your Smart Devices Putting Your Home Network at Risk? 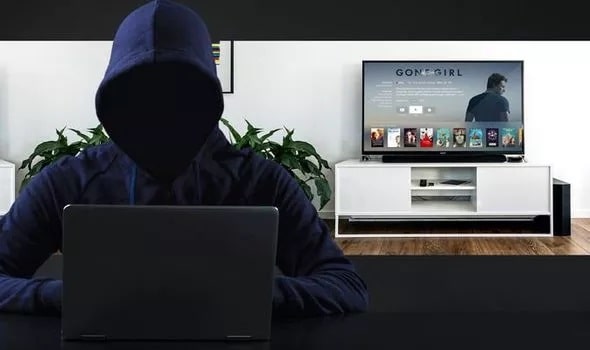 The Internet of Things (IoT) is growing by the second. This network, which consists of such smart devices as smart lights, smart thermostats, smart robot vacuums, smart home speakers, and so forth, contained more than 26 billion active devices in 2019. As they realize how useful and even fun IoT tech can be, more and more consumers are buying in.

But IoT devices have their security risks. Each time you connect a smart device to your network, you’re creating another possible avenue for hackers to access your network and devices. That’s not to say you should avoid IoT tech altogether — far from it. But when you use these devices, it’s vital to understand what their security limitations are, so you can take steps to protect your home and family.

Security Flaws in the IoT

There are a number of reasons why IoT devices aren’t as safe as, say, your tablet, laptop, or smart phone, but much of it has to do with the speed at which these devices are often brought to market and the limitations of the devices themselves. It’s not as if you’re going to sit around sending tweets from your smart refrigerator, so many smart devices simply aren’t built with the robust security features you’ll find on smart phones, tablets, and laptops.

As a result, IoT devices often don’t receive firmware updates as regularly as laptops, phones, and tablets do — if they receive them at all. And manufacturers may stop supporting updates in older devices, unbeknownst to the consumers who are still using them. Nor are most of these devices built with firewalls or other anti-malware features. That’s why IoT devices are often conscripted by hackers to send spam emails or perform Distributed Denial of Service (DDoS) attacks.

Manufacturers tend to ship smart devices with default login info, and many users never bother to change those initial usernames and passwords. This can leave the devices vulnerable, as hackers can easily find those credentials online. And since many such devices enable remote access, it’s not difficult for hackers to access smart devices remotely — they can even use them to spy on users inside their homes, terrifying families and even gleaning information they can use to execute a home invasion, including looking up a user’s home address via their device’s IP address.

Don’t start throwing out your smart devices just yet. If you take the right steps, you don’t have to worry about some stranger saying creepy things through your home security cameras.

You need to start by securing your home network. That includes changing the default login credentials on your wireless gateway, and creating a secure SSID and hard-to-hack password for your home network. You also need a comprehensive security solution for your network and devices — something that includes a firewall, antivirus and anti-malware protection, an email spam filter, and privacy protection for your financial information. Since the primary motive hackers have for accessing your network devices in the first place is to snatch your valuable personal data, it’s also not a bad idea to use identity protection, like Trend Micro ID Security, to monitor the dark web for signs that your identity has been compromised.

For maximum security and privacy, set up a home Virtual Private Network, or VPN — that way, no one will be able to see your traffic and your data should stay safe. It’s one of the simplest and best ways to protect your identity online. Add a firewall to catch any malicious traffic attempting to access the network.

Since the biggest security threat posed by IoT devices is that they create a means for hackers to access your home network and the other, more data-rich devices connected to it, it’s a good idea to set up a second home wireless network, so you can segregate your IoT devices to their own network and keep them away from the network your phones, tablets, and computers are using. That way, even if a hacker does gain access to one or more of your IoT devices, they won’t be able to get their hands on any of your personal data.

IoT devices can make life easier and more fun, but they also come with security risks. Take steps to mitigate those risks when you bring IoT devices into your home, and you won’t have cause to regret jumping on the smart things bandwagon.

What is Affiliate Marketing and How Does it Work?

Quick Tips to Have the Best Dressed Doors

5 Things You Need To Know About Using...

Complete Guide: What is About Blank? Should You...

5 Questions To Ask Before You Switch Your...