Battlefield 2042 from EA and DICE has finally arrived, and it’s off to a fantastic start with a large number of players. However, it is now plagued by glitches and issues everywhere. I encountered quite a few, including the annoying “player Removed from game” mistake that abruptly removes you from the game.

Although EA and DICE are presently investigating the bug, it will take time before it is resolved. So, what can one do when confronted with such a scene? What is the procedure for resolving the “Player withdrew from the game” error? Here we go, it is all we currently know about it. 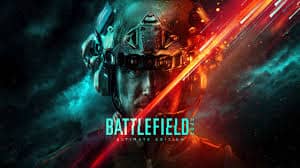 Table of Contents hide
How to resolve the issue of Battlefield 2042 Players being removed from the game?
1: Try hard-quitting and join the game
2: Attempt to rejoin the same server
3. Connect to a separate server
4: Deactivate cross-play
5: Determine if servers are offline.
6: Verify that your internet connection is operational.
Other identified Battlefield 2042 Errors
Wrapping Up – Battlefield 2042

How to resolve the issue of Battlefield 2042 Players being removed from the game?

When playing Battlefield 2042, some gamers receive a ‘player removed from game’ problem for the uninitiated. Error message: “Player has been removed from the game. All players have been disconnected from the game,” followed by an error code. As it turns out, this bug requires a few fixes until the developers announce a bug.

1: Try hard-quitting and join the game

This is a no-brainer, and I am confident that many individuals will choose it. You were enjoying the game when it abruptly terminated with the error message “player removed from the game.” If this occurs several times in succession, try hard-quitting. I’m referring to leaving the game to return a few minutes later. This should resolve any temporary server issues that caused the problem at the time.

2: Attempt to rejoin the same server

Battlefield 2042 is already available on PC and will soon be available for PlayStation 4, PlayStation 5, Xbox One, Xbox Series X/S. Since an exponentially increasing number of people simultaneously joined Battlefield 2042, this is a formula for server issues. The “player removed from the game” is one of them, and it is conceivable that your machine disconnected from the server inadvertently.

There is the possibility that you were disconnected from the server due to a bug. In any event, you can attempt to reconnect to the same server. You may still encounter trouble connecting to the specified server. Thus it is best to reconnect to the same server many times with a brief interval between each attempt. This should resolve the server problem that removed the Battlefield 2042 player from the game.

3. Connect to a separate server

Assuming you are still reading about how to cure the given Battlefield 2042 issue, it indicates you were unable to reconnect to the same server. You can attempt connecting to another server. If there is a server problem (which will be in most situations), connecting to a new server should fix the issue.

After researching alternative solutions to the Battlefield 2042 “player removed from the game” problem, I discovered this approach, which has proven effective for a fraction of users. Test it to determine whether it works. Some users are being removed from a game due to a problem with Battlefield 2042’s cross-play function. Turning it off is effective in many instances, so here is how to accomplish it.

You may navigate to General >> Others and disable “Cross-Play.”

Determine if this specific strategy works for you. Easy? Some people have this option disabled, meaning they cannot toggle it. The following is a workaround.

Step 1: Navigate to the Xbox settings page on your PC.

Step 3: Enter the 6-digit passcode to continue configuring the device.

Step 5: Navigate to Communication & Multiplayer in the following window.

Step 6: Locate the “You can join cross-network play” card and alter its “Allow” setting to “Block.”

Step 7: Restart the game and verify that the fix worked.

5: Determine if servers are offline.

There is a simple solution if you are having problems connecting to a server, most likely due to the ‘not to Connect to EA Servers’ error. Close Battlefield 2042 on your computer. Next, launch Task Manager (Ctrl+Alt+DEL).

Find and terminate these processes: “EA,” “desktop”, and “EA Background Service.” Restarting the game should allow you to connect to a server.

6: Verify that your internet connection is operational.

Even though a small percentage will only require this approach of players who were quickly ejected out of Battlefield 2042, it is still conceivable. Your game requires a healthy internet connection to function, which means that sluggish internet or no internet, as well as hundreds of different ethernet/WiFi/router/ISP issues, might cause this issue.

Call your ISP for verification.

Battlefield 2042 is presently being patched for a multitude of flaws and issues. They will continue to exist until both EA and DICE release updates to address these issues. One of the most aggravating problems I’ve encountered is when the game prevents players from entering the lobby and instead sends them to the main menu. This prevents players from rematching with their previous partners.

Battlefield 2042 lacks a scoring system, statistics page, and scoreboard, and depending on when you read this, the bug patch may or may not have been implemented. Neither a specialized system nor a class system exists in Battlefield 2042.

BF2042 has been stripped down with no friendly-enemy differentiation, no factions, no weapon animation, less devastation, less sound, being trapped on the revive screen, less weapon diversity, being unable to zoom in the minimap, etc.

ALSO SEE: Nox Vs BlueStacks – Which One is Better Emulator for Gaming?

Most Battlefield 2042 ‘ Player removed from game’ errors are caused by a bug on the game’s end, and there is nothing wrong with your system. Although it may take some time, all Battlefield 2042 players are awaiting the removal of the issues. Both EA and DICE are trying to remedy the reported flaws, so it is only a matter of time before they are resolved.