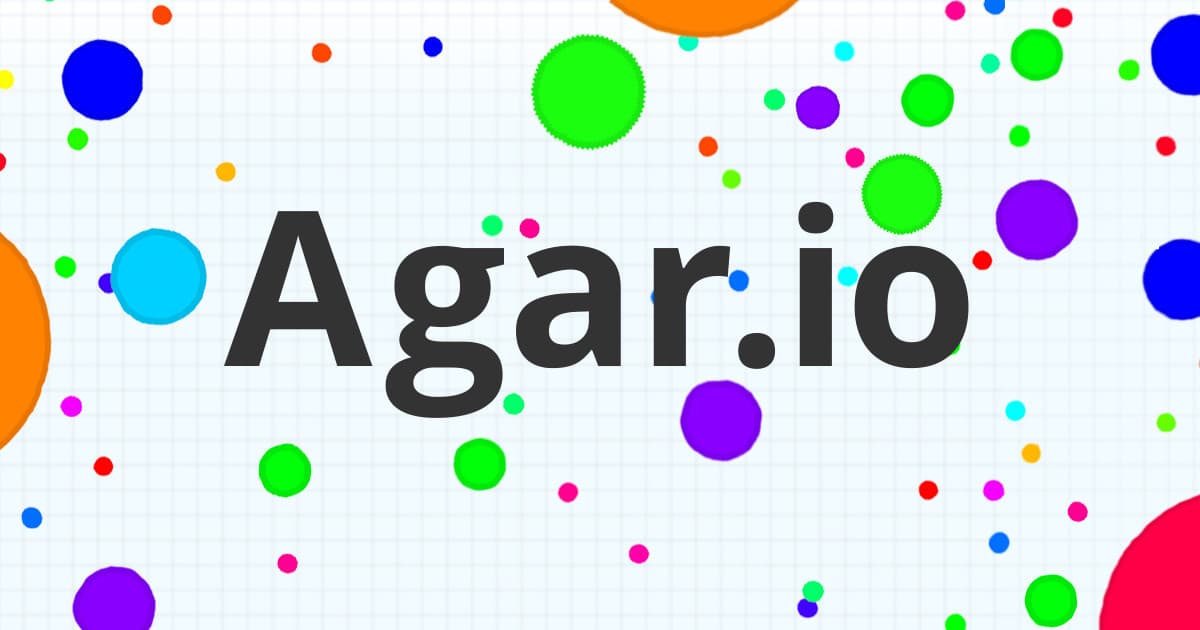 A Brazilian developer named Matheus Valadares created an Agar.io game in 2015, which quickly became a sensation among Online Gamers. As a result, many developers tried their hands with this newfound genre and created games with different perspectives and mechanics. Slowly, a whole new gaming genre was born, and at present, there are thousands of games like Agar.io. For this article, we went through many io games and found the 12 Best Agar.io Alternatives with similar eat and grow theme and excellent mechanics. Now having said that, let’s begin the article where we explore Games Like Agar.io.

Here, we have included 12 best games like Agar.io which share a similar theme, but offer additional power-ups features with different perspectives. Also, we have mentioned three popular Agar.io alternatives for mobile devices, including Android and iOS. With that said, let’s start through the list without any delay. 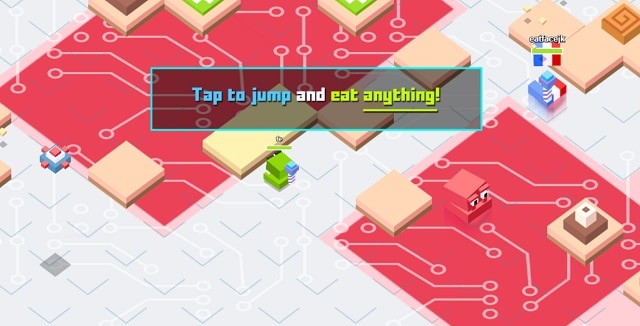 Pie.ai is another game like Agar.io, which is about survival and gaining a larger size in the arena. You can eat pies on your way and regenerate energy to fight off opponents. However, another opponent called AI drones frequently drop cherry bombs, so try your best to save yourself. Other than that, you can jump, eat, fly, and also attack the enemies. This is a bit more complex than the simple Agar.io, so if you are looking for something challenging, definitely check it out. Just a tip before playing the game, always keep the energy level high.

Diep.io offers a 2D game that is based on the survival strategy and comes with several power-ups features. You have to shoot disguised objects on the map to win coins. With the help of currency, you can kill other players, and move to another level. There are also options of bullet shoot, damage, and maximum destruction, but these are only unlocked once you gain enough coins. I love this game because of its mysterious enemies, and you should give it a shot.

Spinz.io is another fan favorite that looks very much like Agar.io, but it is based on fidget spinners. You can say that it is a mix of fidget spinners, Slither, and Agar.io. You will have to collect dots on your way, which will support you spin faster. Also, if you collide with smaller spinners, then you can take away their mass. Impressive, So go ahead and become addicted to this game.

Gota.io is very similar to Agar.io in terms of both theme and gameplay. However, mechanics is where the game takes the lead with faster movement and several other features. You will eat cells that are smaller than you and increase your size. There are also many options: press W key for ejecting some of your mass, which helps dispel other cells. You can also divide your cell into smaller pieces by pressing the space key for better navigation. Do not miss this game if you love agar.io.

Lordz2.io is a massively multiplayer game that is set in the period of lords, wizards and kings. You have to create the most massive army to conquer new regions in the map and expand your kingdom. It’s a very thrilling game, and I love how this game has taken inspiration from Agar.io. The best section about the game is that unlike other games that have just copied Agar.io’s premise making only a few changes here and there, it has improved upon the game and turned it into something far more challenging and exciting. Even the graphics are of high quality.I love the game, and I know you are going to enjoy it. 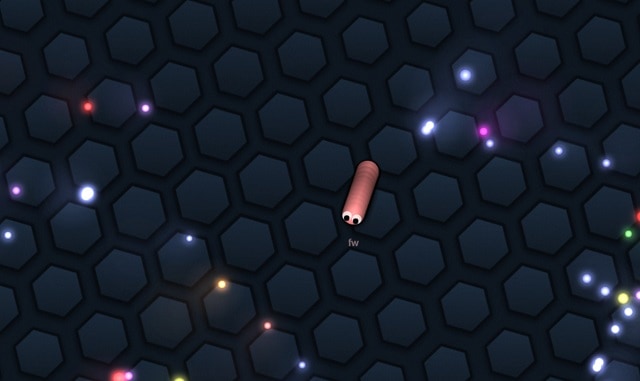 Slither.io is definitely among the most popular io games and a worthy alternative to Agar.io. Like cells, you play as a snake and try to gain size while defending yourself from other rival snakes. You will find small portions of food along your way, which will increase your size, but if you consume an enemy snake, then your size increases significantly. The mechanics of the game is excellent and on par with Agar.io. Simply put, you should not miss this game. It’s damn addictive. 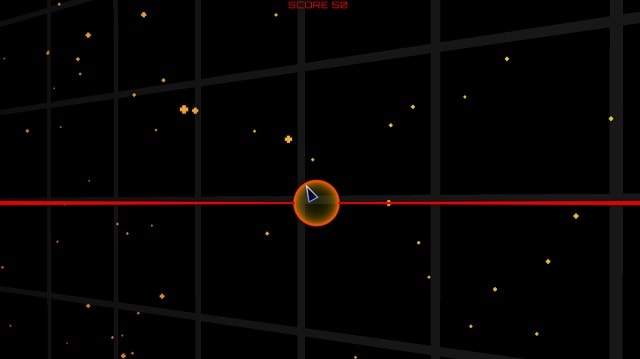 Zorb.io is a unique Agar.io alternative based in 3D instead of a 2D plane found in most Agar.io alternative games. In terms of theme, it’s very similar having eaten and grown kind of gameplay. But the exciting part about this game is how it’s played in 3D space. You have to eat the food orbs floating in the area and survive from danger. Besides, the mechanics are great with a new drain mechanism, which reduces a cell’s mass if it comes closer to larger batteries. I would say just play this game and enjoy agar.io experience in 3D. 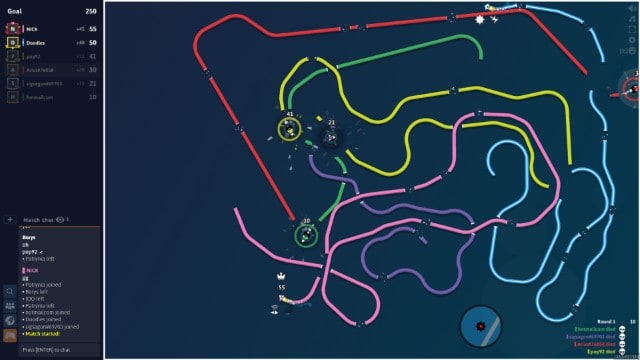 Curve fever is another addicting game that seems a mix of Slither and Agar.io. While other games try both survival and expansion theme, Curvefever focusses only on the survival bit. It’s a super competitive game where you have to navigate precise moves to avoid any crash before the opponent. There are lots of helpful mechanics as well, which will help you evade the death loop. If you love playing Slither.io and Agar.io, then this game is for you.

Limax is another addicting game like Agar.io with identical themes and mechanics. However, what’s refreshing about this game is that here the strength is not judged by size but tactical play. You act as a worm and try to consume food orbs in the arena to gain points. The fewer resources you use for collecting food, the more powerful you become. If you want to play something different where technique is of paramount importance, then Limax.io can be a great alternative to agar.io. 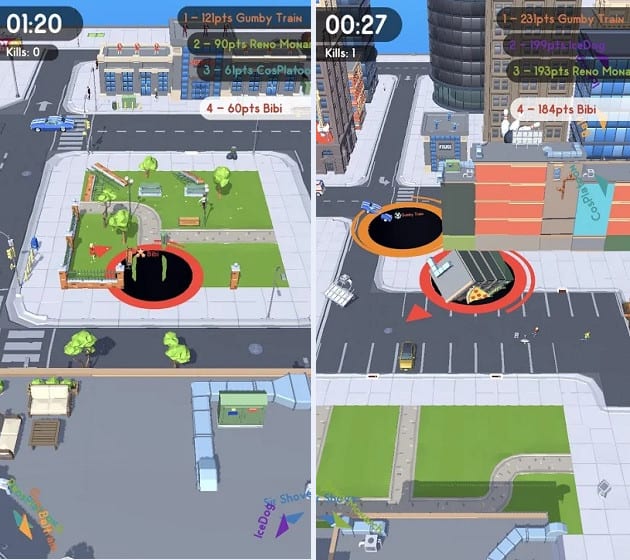 If you are looking for Agar.io alternative for Android or iOS, Hole.io is an excellent app with a similar theme. In this game, you are black space and need to consume everything to gain size and defeat other black holes in the city. You can eat various objects like cars, buildings, street lights, and much larger objects. You might feel invincible, but only one black hole can become the winner in this game, making it enjoyable. If you like to try games like Agar.io on your mobile device, Hole.io is a great start. 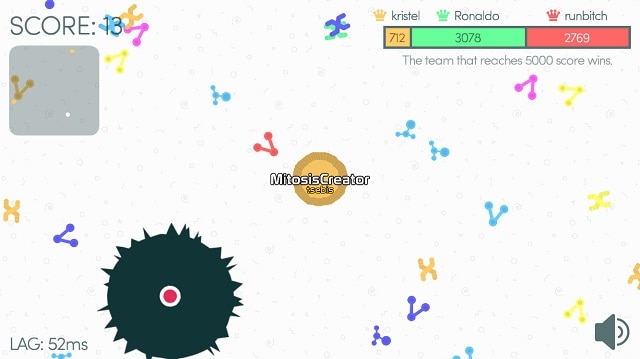 Mitosis is our final game on this list with an eat and growing theme. Here, just like Agar.io game, you are a cell and look around to consume smaller cells. Along the way, you absorb other cells and gain size and speed. However, you face bigger batteries on your way, which can eat you. You can save yourself by deciding to split up, but that also means you are vulnerable to being eaten by other smaller cells than you. Using your tactical strategy, you have to decide and move forward. It’s an excellent game, and you should not miss it at all. 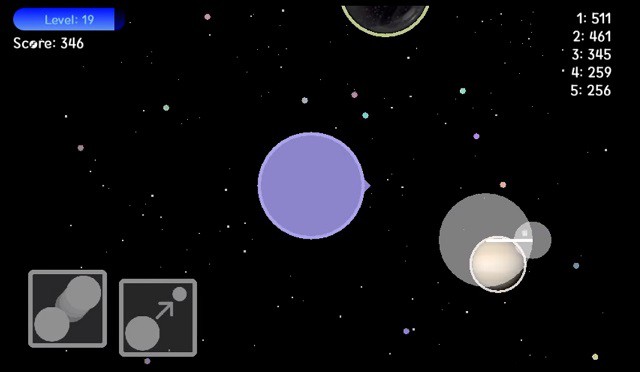 Nebulous.io is another Agar.io alternative for smartphones, including Android and iOS. Like cells, you play as a blob and try to grow by collecting other dots on the map. Throughout the game, that you will have to avoid bigger blobs using split and blob burst technique. Once you are big enough, you can subsume another smaller blob, slowly becoming the map’s biggest blob. In essence, the game is very similar to Agar.io, and you can enjoy it on your mobile device.

So that our list of 12 Best Agar.io Alternatives which share similar theme and mechanics. We have tried to include some off-beat games if you are looking for something new and challenging. Also, we have included games like Agar.io for Android and iOS devices so that you can play them while you are on the go. So that is all from us. If you liked our selection, do let us in the comment section below.

What Song Is This? Best Apps to The Identify Songs