The Harvest Moon was the most fantastic farming game on the Super Nintendo Entertainment System. This is still considered one of the best farming simulation games, and a lot of its sequels have also received excellent reviews & praise from gamers all around the globe. Though, you can only play so much of Harvest Moon.

So, there are always times when you feel bored with a specific game and need a new game or the series to refresh your play style. Also, you are in luck because if you have been looking for games like Harvest Moon, then we have got you covered from head to toe. Check out the 15 fantastic farming games like Harvest Moon below and choose what attracts you the most. 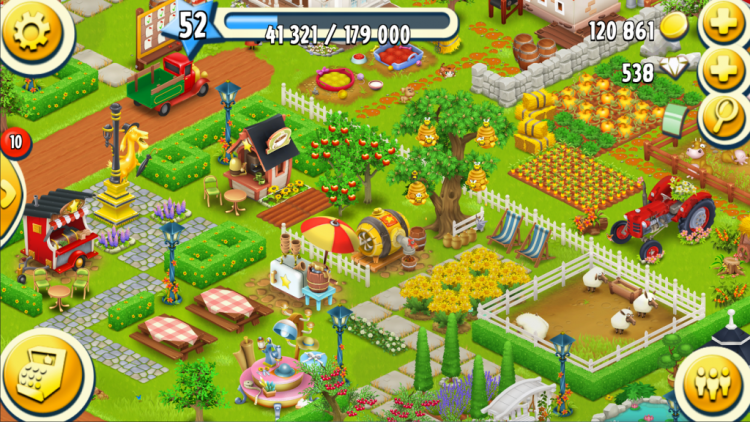 Hay Day is a Great mobile farming game that shares lots of similarities to the popular FarmVille game. This game starts with your (player’s) old uncle being unable to take care of his farm and gives it to you to take better care of it and help make it the best farm globally. After a short & sweet tutorial, you get to farming. Harvest wheat, build your dock for fishing, trade goods with your neighbours, and sell your interest at your roadside shop. You can even create your very own town and invite others to visit you. So, Hay Day is all about managing your inventory. This is a farming game at heart, though the main focus is selling your stuff via boats, trucks, and shops, which adds a whole new gameplay dimension. Suppose you are looking for a quick farming fix, then Hay Day is the perfect game for you. 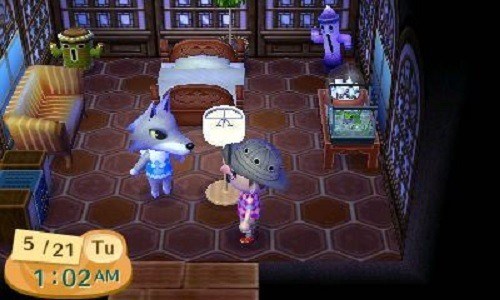 Well, Animal Crossing: New Leaf is not just a mere farming simulation game; instead, it is the complete life simulation package where you receive to live your life the way you want. Nevertheless, it’s your job to turn your small town into a beautiful paradise that attracts all the tourists. So, You have the power to set rules and regulations of your city. You can create new landmarks, bridges, public centres, and other infrastructure that adds to its overall value. The game offers adorable graphics and lets you manage your entire city as you see fit. Invite your friends over to your village in the multiplayer mode and have fun showing off your cool town. 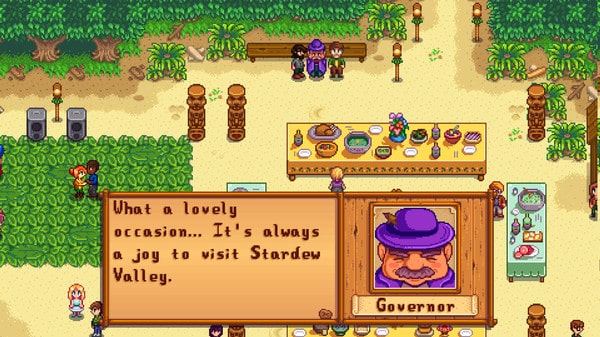 Suppose there is any game that comes close to Harvest Moon in terms of gameplay and graphics, it’s Stardew Valley. This popular indie hit takes the Harvest Moon formula to a whole new level and expands on it. This game offers an even larger world than Harvest Moon, where you enjoy your farm life, raise poultry, grow crops and all those farm gimmicks that you love performing. Well, Stardew Valley is considered the new Harvest Moon, or at the very least, so the closest thing to Harvest Moon you can receive right now. Therefore, give this one a try. 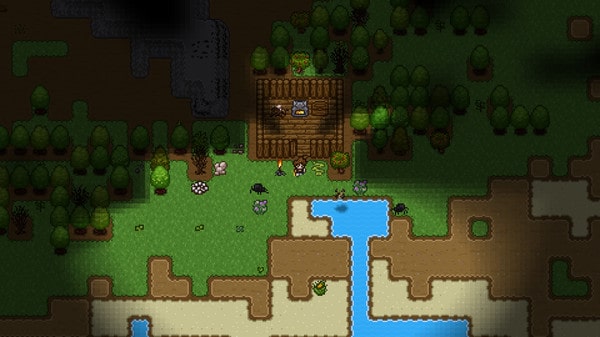 Wayward is a lot of games mixed. It is like a perfect blend of Minecraft, Don’t Starve, Ultima Online, and a little bit of Harvest Moon. It’s a turn-based roguelike survival game where you get to craft items and gather resources while focusing on your character’s survival. There are no set rules, and you don’t get to choose any class, you don’t get to clear levels. So, Everything depends on how you play the game. Now, Your stat gain is directly tied to the item you come in contact with. Well, there are over 300 different items for you to craft and interact with, which adds a lot of gameplay time. Whether you like survival mixed with crafting, Wayward is the way to go (pun intended). 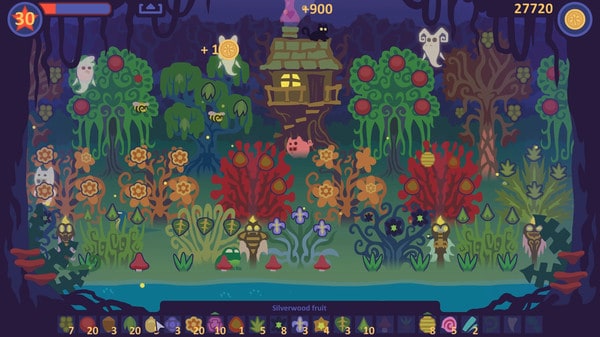 It is not your average gardening or farming game where you grow fruits and veggies, instead of in Voodoo Garden, you get to produce all the herbs, veggies, fruits, and shrubs that can also be used in your production of occult accessories. So, You also get to catch wild swamp animals that come in handy when making your voodoo magic products. You have the option to raise cute pets that will keep your company, which can then be sacrificed to gain a magical advantage, sounds fun, right? This is where your standard farming game meets the magical enchanting. So, try it out to learn some incredible voodoo magic. 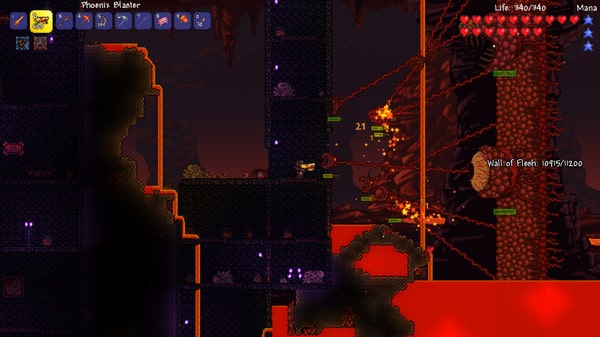 Not entirely a farming simulator, though Terraria lets you build, explore, fight, and dig your way through the unique environment with beautiful retro graphics. This action-packed adventure lets you enjoy the resource gathering and crafting Minecraft features mixed with some role-playing action. So, Terraria is all about exploring dangerous caverns laden with treasure & resources that come in handy when crafting new items for your inventory. This primary focus of the game is on preparing and building while the action-adventure part comes in secondary. Terraria is an immersive game that will suck you in with its exciting exploration-based gameplay. 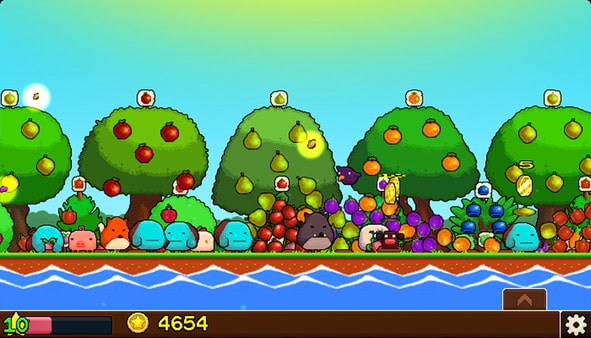 Plantera is a charming gardening and farming game where you grow your fruits, trees, and raise animals at equal time. The cute graphics will keep you immersed for a long time. Now, You have to expand your garden, and in doing so, you will also attract these cute little helpers that will help you plant and harvest your crops. Again, you can do the harvesting & plucking yourself, or you could allow your helpers to do these manual things while investing in better yields and build a better farm. Even though when you quit the game, the helpers will continue to work, & you will get gold when you return to the game. So, Try this game if you love cute graphics.

My Time at Portia 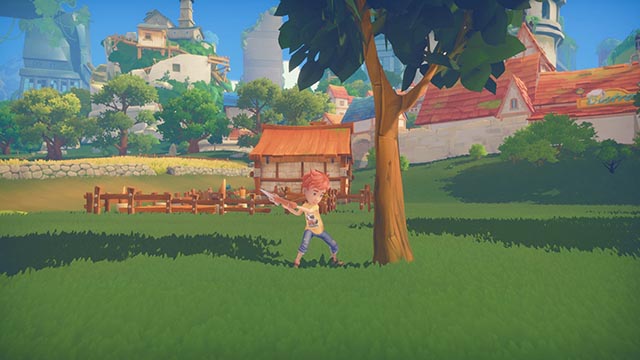 Many like Harvest Moon, My Time at Portia offers players an entertaining and immersive world called Portia in which they are tasked with rebuilding their Pa’s neglected workshop. To do so, players will have to achieve commissions, grow crops, and raise animals. My Time at Portia might seem like a bit of a grind at first, but I can assure you that you won’t feel like letting go once you get into it. The land of Portia also has an affluent community, and you can befriend all of its residents, which adds to the social factor in the game and also helps you complete tasks quicker to restore your workshop. Well, Depending on your play style, you will also get the option to level up your character and skill them in combat, crafting, or social skills. 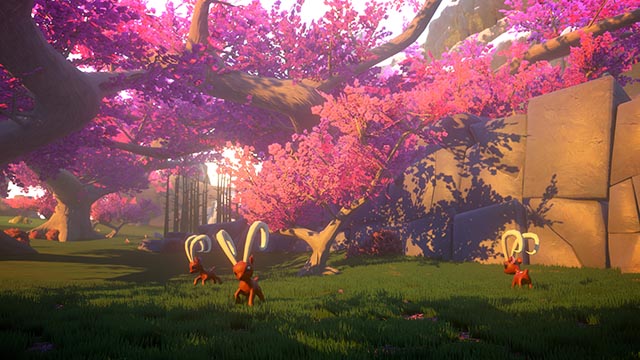 This is a game that’s the excellent combination of Breath of the Wild and Harvest Moon, meaning that the game offers players the ideal blend of a relaxing open-world adventure and a farming simulator. Yonder: The Cloudcatcher Chronicles features a vibrant open world with many things you can discover. This also has an RPG-like character customization option, supports crafting and building, and, quite obviously, farming. You’re allowed to either follow the questline and go wherever it takes you. You can spend your time here doing whatever you want in the open world without the game pressuring you into completing missions. So, The best thing about the free world in Yonder: The Cloudcatcher Chronicles is it is dynamic and keeps changing following the seasons. This makes the game a whole lot and immersive fun to play. 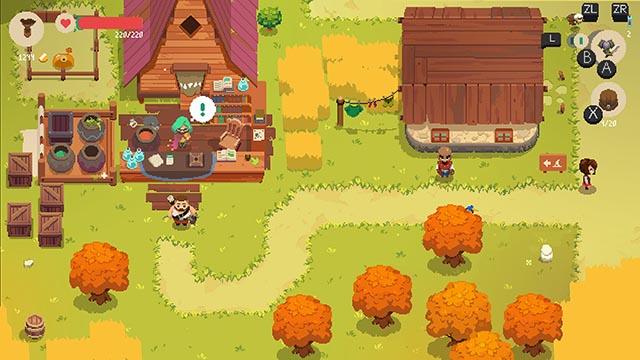 Moonlighter is an excellent Harvest Moon alternative that cleverly inculcates features from the roguelike genre of games into a farming simulator. In this game, you play as Will, an adventurous shopkeeper who has to tend to his shopkeeping duties during the day & give in to his fantasies of becoming a hero by night. So, As a result, you have to juggle both the objective quite efficiently and play the game so that your actions are mutually beneficial for both of your dreams. So, in effect, you will be able to sell goods that you pick in the dungeon at the shop and then used in the gold you earn to get better weapons that will support you clear dungeons more efficiently.

Story of Seasons: Trio of Towns 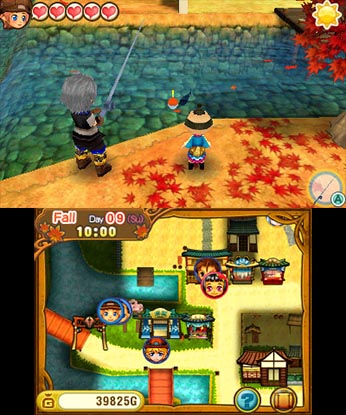 This is essentially a successor to the Harvest Moon series and is like a refined version of the older games. Therefore, the game is worth checking out if you’re looking for a fantastic Harvest Moon alternative. In this game, you start as a young and inexperienced farmer who has to cultivate their land plot successfully. Compared to some other farming simulators out there, the game plays faster, which makes it the right choice for anyone who likes farming games though doesn’t like waiting too long for their crops to grow. 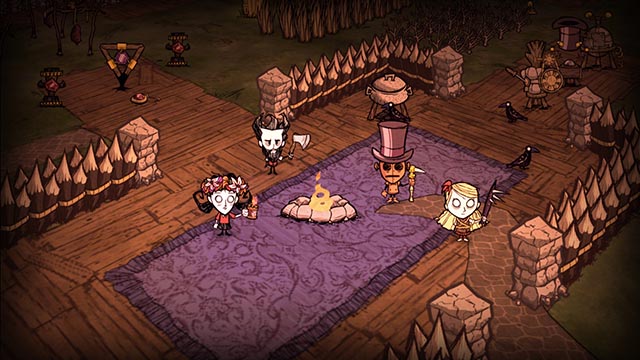 The Don’t Starve Together, the sequel to the popular survival game Don’t Starve, is another excellent Harvest Moon alternative that features both farming simulators and survival games. This game doesn’t have the same fun vibes as the Harvest Moon games and inclines more towards being dull and drab. So, Much like its predecessor, this game is an adventure survival title in which you need to do whatever it gets to survive as long as possible. So, You can explore the environment, craft items, gather resources, and develop structures to survive in Don’t Starve Together’s wretched lands. 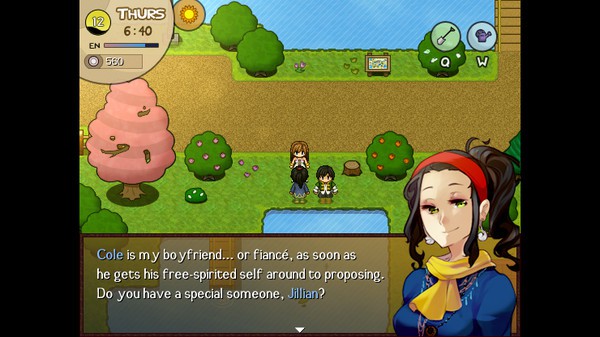 Whether you have always wanted to live in a seaside village where you grow your food & live a peaceful life beset by natural beauty, World’s Dawn is the game you wish to because it offers all that in a just game. Well, You can choose to do your work as you please. So, You can either become a full-time farmer and tend to your crops and food or raise animals. Aside from that, you could also go hunting for some romantic relationships. Well, There are a lot of townsfolk around you that make social interactions even more exciting. Now, World’s Dawn is the perfect alternative to Harvest Moon that adds some extra features to make it even more immersive.

Diaries of a Spaceport Janitor 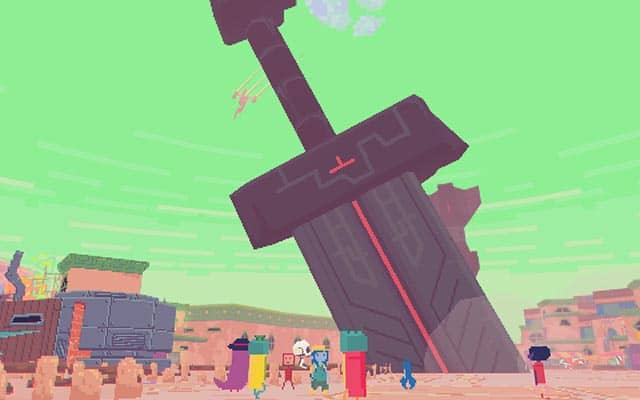 While the Harvest Moon series, along with several other farming simulators, is fun & uplifting game, Diaries of a Spaceport Janitor is the precise opposite. This game can be classified as an anti-adventure title and demands players to pick up waste in an alien bazaar. Well, You play as a Janitor who has a municipally subsidized job of incinerating waste, but a dream of leaving Xabran’s Rock behind. Rather than farming, you have other daily tasks to attend to, and if you do them right, they might also support you make your dream come true. 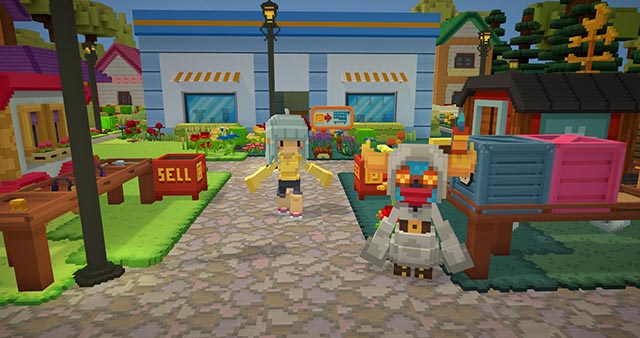 Whether you enjoy games like Minecraft and Harvest Moon, I can assure you that you will have fun playing Staxel is a blocky RPG with a world like Minecraft & farming or social aspects Harvest Moon series. The gameplay is much faster than other games in the genre, so if you are someone who doesn’t like waiting for something to happen in the game, you’ll like Staxel. Living RPG, the game offers much more content than some of the other games on this list, so, which is another reason you might like it much more than the others.

Well, These were some of the most enjoyable games to get your farming fix. Suppose you have been looking for new games or even old ones similar to Harvest Moon, these games should fit the bill. Now, you think we have missed any of your favourite farming games, and please mention them in the comments section below.

10 Tips To Grow Your Business With Digital Marketing