How to Create a Glitch Effect in Videos 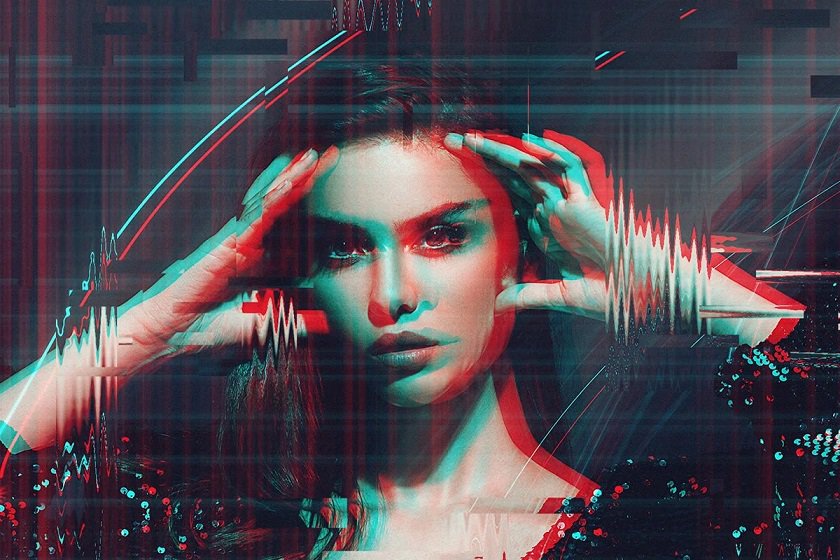 Over the years, the glitch effect has popularized among the video creators so much that they tend to use it more in their videos. Basically, the glitch effect happens due to unknown faults in the computer systems, high voltage, low voltage, or loose connections. However, this was then adapted as an effect for web designing, video editing, and has helped designers to reimagine their way of creating digital artwork, logos, and whatnot.

In simpler words, the Glitch effect is created by digital and analog errors for aesthetic purposes that are either done intentionally or due to some technical faults. Various content creators for YouTube, Facebook, and other platforms who may not know how to add glitch effect in videos will be benefitted from this article as we will be writing down the entire process of creating glitch effect. Keep scrolling down to know more about this.

In order to create a glitch effect, you need to have:

The software is paid but also has a free version with no limitations but a watermark on the exported video, which you can remove by purchasing a suitable plan. There are various effects in filmora9 including the glitch effect.

Raw footage is required to implement and test the glitch effect. You can download Raw footages either from YouTube or Pexels for free.

How to add glitch effect in videos

It is not a difficult task to add glitch effect in your videos, but you will need a little help if you have never used Wondershare Filmora9. As aforementioned, we will be using this video editing software to add a glitch effect in text, video, and transition. Therefore, the section will be divided into three parts to make it easier to understand.

How to add glitch transition in video with Filmora9? 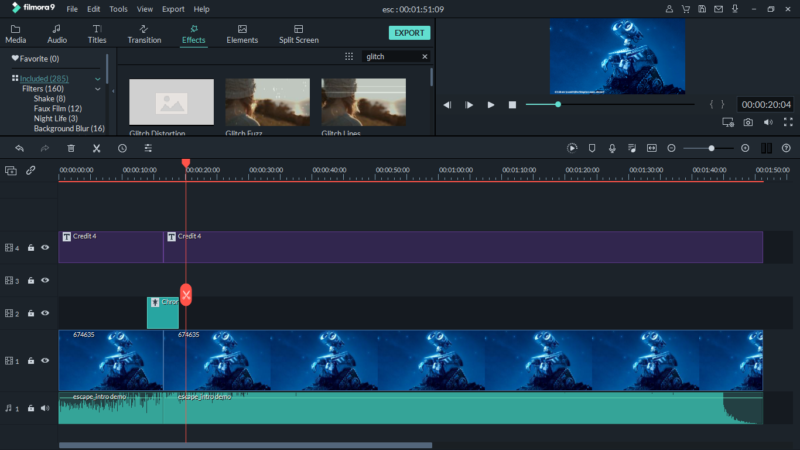 How to Create Glitch Text with Filmora9

Moving ahead to the second part of the section where we will be learning how to create glitch text with Filmora9. You can use this as an intro video for your YouTube channel or where ever else you want. To add glitch text in your videos, follow the instructions below.

1. Create a new project, add a text box by clicking on Titles > Titles > Choose any > Type in random text. 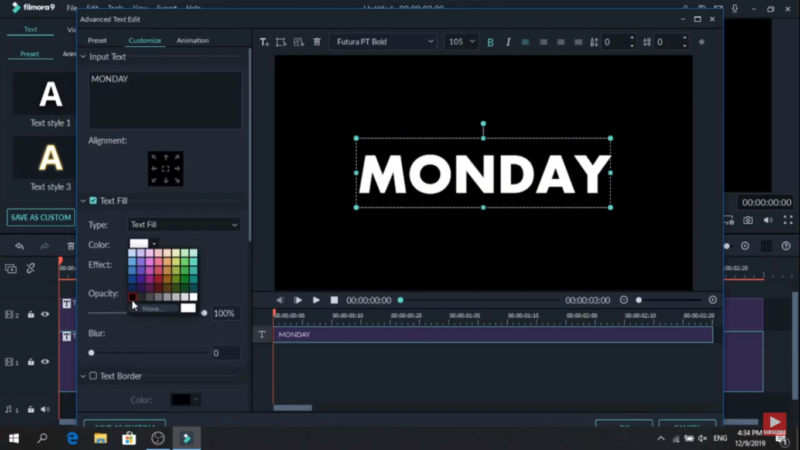 3. Duplicate the text layer and place it on the top of the first text layer and make sure there is no difference in the timings of the two text clips.

4. Now select the text clip which is below the first one, double click and select advance settings. Change the color of the text to black and apply the changes.

5. The next step is to select transitions and search for “Deposit up” using the search box. Drag and drop it on the first text layer. 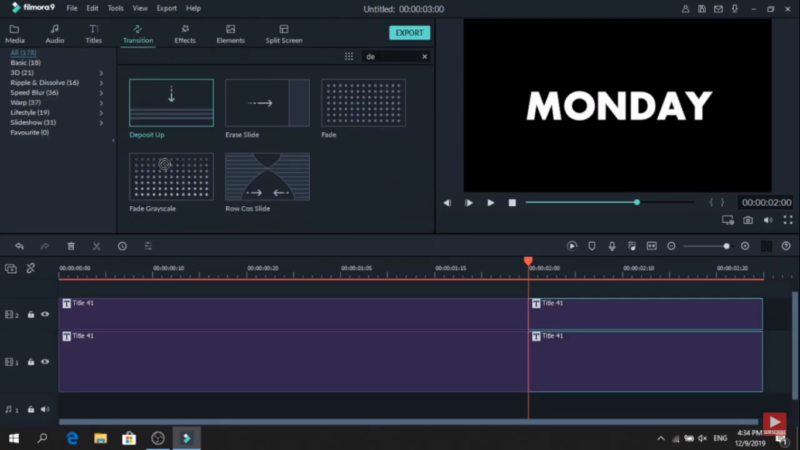 6. That’s it. Export the clip and follow the next step.

7. Create a new project, import the text video that you have exported in the previous step, and import another video with no text or any special effects.

8. Now add both of the videos to the timeline or the sequencer. 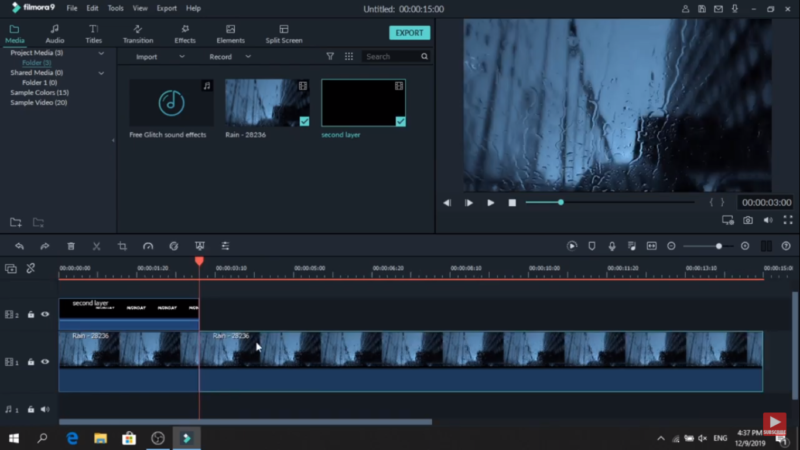 9. Double click on the text clip and click on composition to load more options and select the blending mode to lighten to remove the black background of the text video. 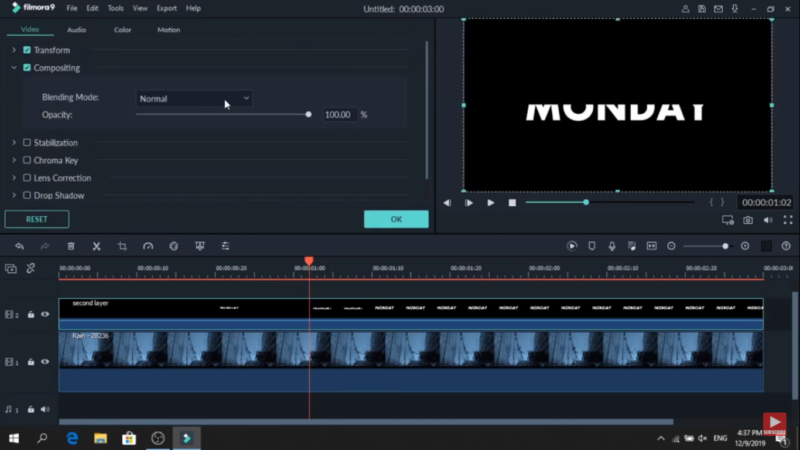 10. You can now cut the text video clips in the middle and add the “Chromatic Aberration” effect there. In this way, you will achieve a glitch effect on text. 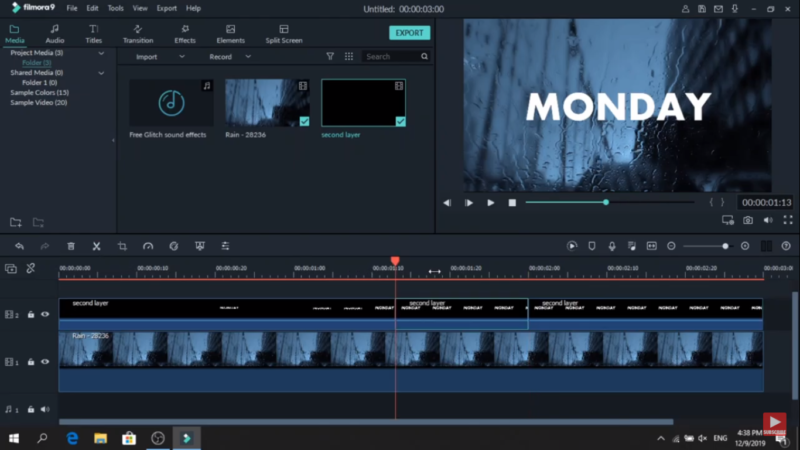 How to Create a Glitch Effect in Video with Filmora9

In this section of the article, we will learn how to create a glitch effect in video using Filmora9. 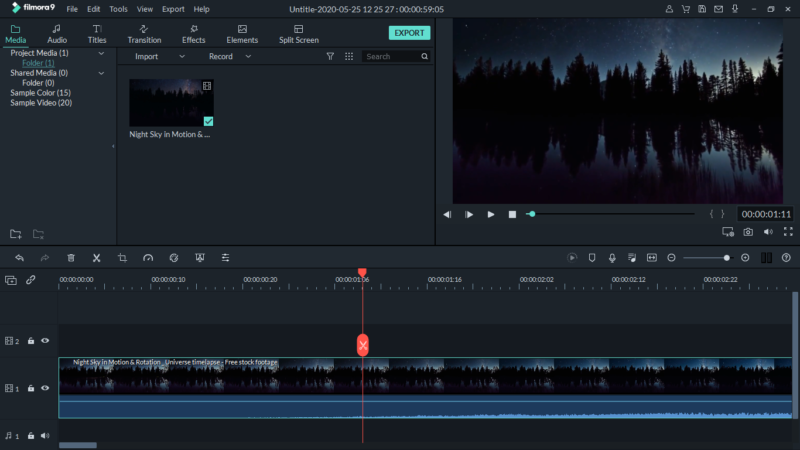 3. Now select the Filters tab > Distortion > Chromatic aberration. Add it to the desired part of the video where you want. 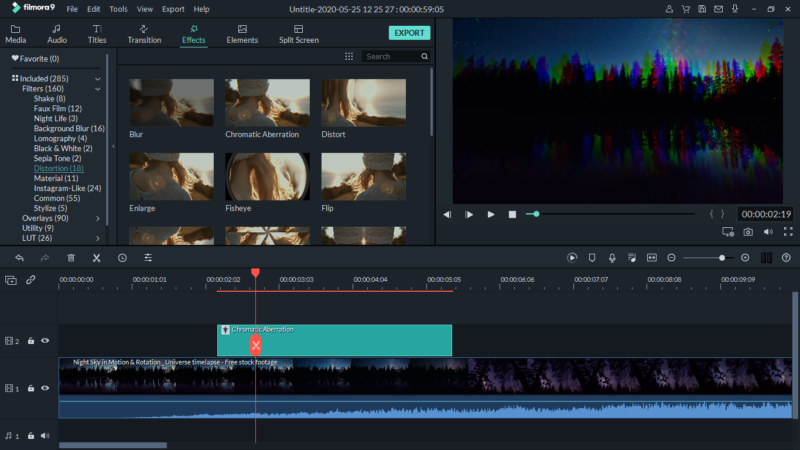 4. You can also add the filter named “Glitch Pixels” using the search bar. Drag and drop this underneath the chromatic aberration and match the duration. 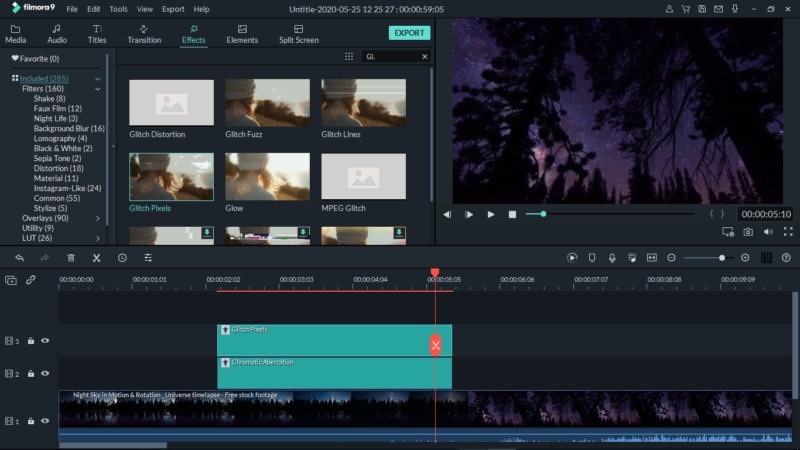 That’s all you need to do to add a glitch effect in your videos. You can try more effects and transitions together to make it look cooler and keep doing experiments with your videos and level up your video editing skills.

Glitch effect makes stunning transitions from one video to another and gives a cool look to the video. The effect has popularized so much that developers have even made apps just for adding a glitch effect on videos, the Google play store is flooded with such apps.

In this article, we have given instructions on how to add glitch transition, glitch effect to text and videos. We have also added images wherever necessary so that you understand the steps easily. You can learn how to do the basics and experiment with something new with it.