Is Old School RuneScape Worth Playing This 2021? 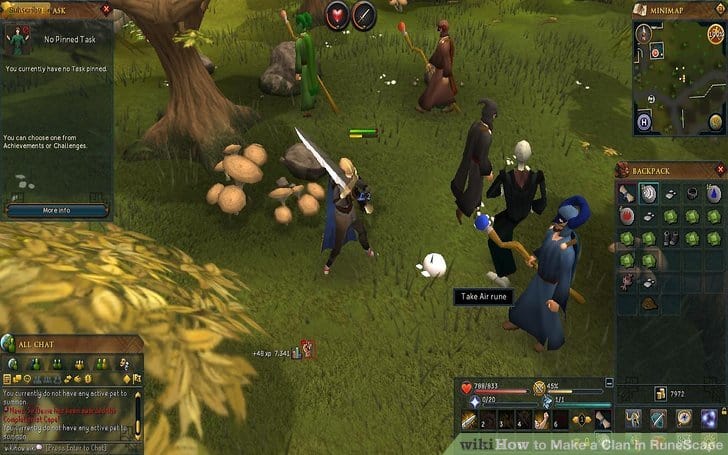 Old School RuneScape was released in 2013, but the game itself, RuneScape, started was launched about two decades ago. As RuneScape celebrates their 20th anniversary this year, you may be wondering if this game is still worth playing?

Well, we can simply say yes to that question, However, that may not be so convincing since you’re here to look for more proof or evidence why RuneScape is worth your time. Let’s go ahead and break down the main reasons why you should still play Old School RuneScape whether you’re an old player who is coming back from a long hiatus or a new one who has not played this game ever since.

A good reason why playing Old School RuneScape is definitely worth it is the game developer, Jagex, is constantly doing their best to improve the game for everyone. Even though the game is reaching their 20th anniversary, they are still dedicated in providing the best experience to all OSRS players.

In their most recent update, they’ve released OSRS Soul Wars, the first major update this 2021. Soul Wars is a minigame that was first ever introduced on Runescape 3 last February 2009. The game developer then conducted a survey among OSRS players about adding Soul Wars to the game, and it surpassed their expectations. Now, OSRS players get to participate in the ultimate Player vs. Player (PvP) experience.

Gameplay Is Still One of the Best

OSRS was derived from the 2007 version of the game, so you might be wondering how one can still consider it a great game. Well, you should know that Old School RuneScape doesn’t force you on a certain path or story, you get to choose how you want to play it and pick your own goals throughout your journey.

This gives OSRS an edge among other famous MMORPGs today by letting you choose between hundreds of scenarios, also the side quests are just too great for you not to try them yourself.

There’s also the Duel Arena where you can stake among fellow players and earn as much OSRS gold as you can.

Much like other online games, OSRS can be grind-intensive game. This means your progress depends on how much effort you put in the game, the more time you play, the better your chances of improving your character fast.

Whether you’re in it for the money, yes, you can also make money playing RuneScape, or to pass time and get a chance to play with your friends, Old School RuneScape will never bore you.

With its huge player base, OSRS allows you to choose among endless possibilities and to make things easier you even get to boost your game progress by opting to buy cheap OSRS gold from various gold sellers online. OSRS gold is the most valuable part of the game and having a surplus of those is never a bad thing.

And the best thing about playing Old School RuneScape is you have access to dozens of money making guides from your fellow OSRS players. Some of them produce videos about it so it’ll be easier for you to follow.

Speaking of money making ideas, Old School RuneScape gives you the chance to make real money while playing the game. With over a million players worldwide, the demand for OSRS gold and items have never been this high.

Thousands of players have already tried selling their own OSRS gold by learning how to farm it and have succeeded in doing so. Of course, the amount you will earn depends on how good you are in playing the game and how fast you can earn OSRS GP.

RuneScape beginners may not get that much gold when starting out, but once you get familiarized in the game and have expanded your knowledge, you can make consistent money by selling your hard-earned OSRS gold to fellow players or trusted RuneScape gold sites.

Just be sure that you read about certain RuneScape scams first so you won’t be a victim of runaway buyers. It’s always best to sell your gold to a RuneScape gold website than a private buyer to avoid unnecessary headaches and stress.

Hopefully, this post has been pretty convincing for you to come and try playing Old School RuneScape this 2021. And we’ll see you around Gielinor, alright?

The Complete Guide of Spectrum Services in Fort Worth