Home Internet Is Voicemod Safe to Use? Is it Safe to Install on a PC?
Internet

Is Voicemod Safe to Use? Is it Safe to Install on a PC? 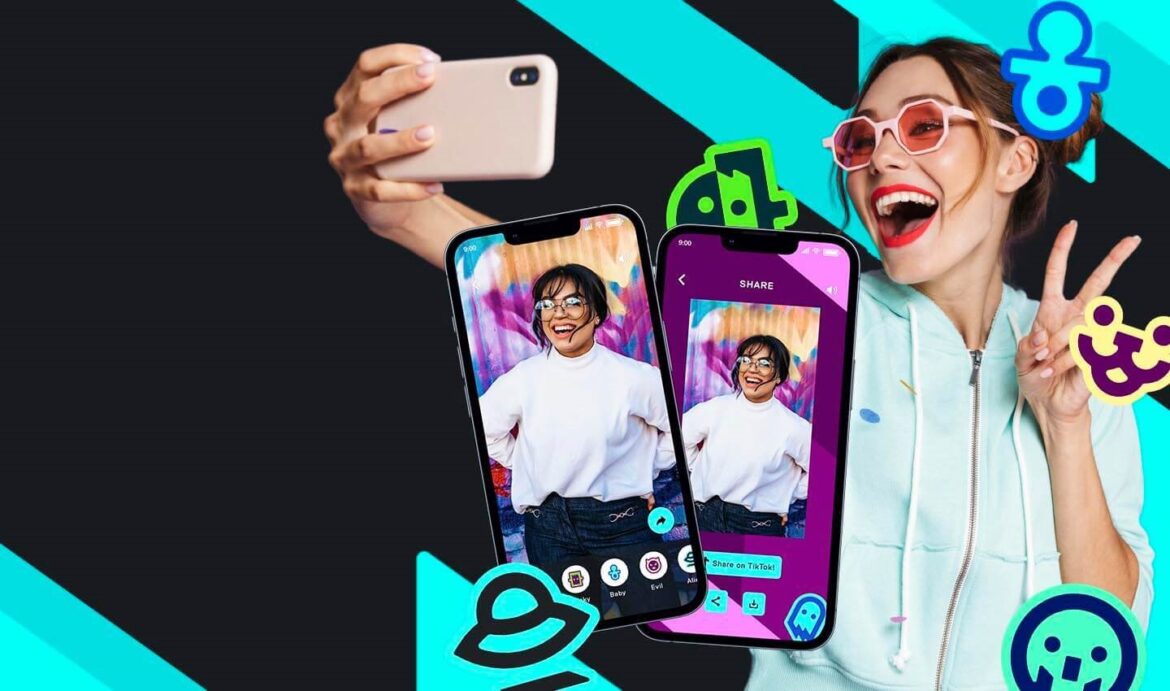 Quite a few individuals are contemplating whether or not they should use Voicemod. Many people have expressed concern about its growing popularity and how many people have used it. Voicemod’s official version is generally regarded as safe for users. People’s perspectives and experiences with the app vary, of course. Because of this, it would be better if we went over them all at once.

Is Voicemod Safe to Use?

What exactly is Voicemod? Voicemod is a real-time soundboard and voice changer software program, in case you didn’t know. It can be used by Windows developers and gamers alike. The primary goal is to simplify everyone to create their one-of-a-kind voice skins or sound identities.

An online and simple voice changer (and transformer) filled with effects that may transform your voice into different voices, such as a robot, a girl voice, a female voice, and so much more, is what the program is all about. Isn’t that exciting? Yes, the app in and of itself is a lot of fun. However, because of its expanding popularity and the large number of people who use it, some have questioned whether Voicemod is safe.

Using Voicemod in the Proper Way

It’s important to know what Voicemod is and how to use it before delving into whether or not it’s safe. To use Voicemod, you must have a 64-bit version of Windows 10 or 7/8. To make use of it, go to the official website, download it, and then install it on your desktop or PC.

For chatting, video editing, and gaming, Voicemod is a valuable tool. Feel free to use the Stream Deck or the Streamlabs OBS to incorporate it. Will it work on other devices? In other apps like Ventrilo, Hangouts, Jitsi, Ekiga, Paltalk, Tox, and Mumble, you can do the same thing in Viber and other apps like ooVoo, Riot, Vivox, and Wire.

Apps like this one allow users to alter the pitch or tone of their voices. Additionally, it might distort and muddle the original sound of the person speaking. Gamers have started using this program to alter their voices in Fortnite, PUBG, CSGO, and Minecraft games.

This type of facility is also known as a voice converter. It can produce a customized voice result and develop customized voice changers in seconds. The program has been hailed as a unique (voice) effect editor and generator for offline and online use. Skype, PUBG, CS:GO, Fortnite, and VRChat work well with the Voicemod transform. You’ll need to upgrade your account to Voicemod Pro to use this function.

It’s the surface of a string instrument against which the strings vibrate, known as a soundboard. Typically, this is accomplished via a specific form of bridge. Guitars, pianos, banjos, and other instruments are commonly incorporated into soundboards.

However, in this Voicemod software, the term “soundboard” does not correspond to any actual instrument surface. Voicemod Meme Sound Machine is, in reality, a DJ-style sample audio program that can be used to construct unique DJ-style audio settings. Additionally, you can use TeamSpeak 3 and Discord for online discussion, streaming, and video gaming.

Is Voicemod Safe to Install on PC?

Most people worry about whether or not Voicemod is safe to use. Everyone should keep in mind the coin’s double-edged sword. Voicemod offers certain advantages, but it also has some disadvantages. Internet users disagree on the matter of online safety and security. Claims that Voicemod is a virus have been widely reported. Is it, or isn’t it true? Let’s take a closer look at this data point.

The Voicemod update has been banned by various antivirus software (Avast). For further security reasons, the installation of Voicemod has been stopped by several firewalls (such as ESET). Additionally, Malwarebytes has found the program a “possibly undesirable app” (or PUP).

Even some of the app’s critics have described it as a nuisance. For example, the microphone or headset won’t function properly when the audio drivers are messed up. Afterward, the program will “force” you to use troubleshooting software or reinstall audio drivers to fix the problem. In addition, some claim that they cannot remove the app from their computers, which adds to the skepticism surrounding the app.

However, the firm has issued a statement (on Reddit) clarifying the situation and stating that the tool is safe to use. According to them, the official tool is safe and clean. Therefore, there’s no need to be concerned about your safety. In light of this, what about those who claim that Voicemod is dangerous? They are most likely using a pirated or cracked version of the software. Users are advised to use apps obtained from a legitimate source, such as a company website or a Discord server.

Another Point of View

According to someone in the Steam community, this was the best option. So why would Voicemod meddle with their customers’ laptops, who are charged through their Voicemod Pro? Isn’t it likely that such a move would cause users to abandon the app? What the hell is going on here?

As a result, don’t be pessimistic if you find problems with Voicemod. As far as Voicemod safety is concerned, the business has declared unequivocally: If you’re having problems, there’s a good chance that there’s a problem. There are two ways to go wrong when using the crack: (for the free version). So take a closer look at yourself.

Do you know how to use it properly? Is the app from a trustworthy source or a dodgy one? Are you sure that the ones you’re using are of the legitimate variety? For more advanced features, you’ll need to upgrade to Voicemod’s paid service, which comes with both a free trial and a one-time fee.

How to uninstall Voicemod: You may have considered uninstalling Voicemod after discovering that you purchased it from a third-party site. However, removing the previous app from your computer’s home screen is necessary. To uninstall Voicemod, use the Uninstaller (included in the Voicemod folder). Windows Control Panel or Windows Settings can also be used to remove the software from your computer’s system.

If you’re using a cracked version, you can delete it from the folder. Antivirus software can be used to remove unwanted software from computers. First, remove the infection from the computer by scanning it with an antivirus app. If you have a professional uninstaller, use it as well. It will ensure that the software is completely removed.

What happens if you decide not to use Voicemod again after uninstalling it? If you do not like it, you can always turn it off. Select the headphones as your Windows default audio device in the Sound Control Panel. The virtual audio option Voicemod is still in the sound settings; therefore, if you don’t do this, your headsets won’t work correctly.

What if you don’t want to use Voicemod in chat, streaming, or gaming platforms? Would you please select a different voice device by going into their (audio input) preferences? You do not require to uninstall the program to disable it.

Such risks necessitate the usage of antivirus software. One of the most widespread cyber threats nowadays, Ransomware, is protected by ESET Internet Security.

You may use ESET Internet Security to keep yourself secure online. Thanks to its automatic detection and removal capabilities, your computer will protect against harmful software and adware tracking programs. In addition, webcam streaming may protect by ESET Internet Security, which blocks and alerts you when someone tries to access it without your consent.

Yes, it is entirely secure if you get it from the official site. However, because they are unlawful and may cause problems solely on your computer, it is not suggested that you use cracked versions of the app.

Is the Voicemod free?

Should I buy the Pro version?

It all depends on your preferences and current circumstances. For example, you can get by with the free version if you’re not a professional content creator or don’t use the program very often.

Ultimately, it is up to you whether or not to use Voicemod or one of the other alternatives. There are multiple factors to consider while deciding whether or not Voicemod is safe.