MacOS Big Sur vs Windows 10: Which one is better?

macOS Big Sur vs Windows 10: Which operating system is better? From UI to app compatibility, we’ve compared the best features of these OS in order to give you the best insight here.

So, Apple’s latest macOS, the Big Sur has been officially released for a while now. This Mac operating system comes with a whole new bunch of upgrades in both performance and appearance. But, how good it actually is when compared to one of Microsoft’s most popular operating systems – Windows 10? Read on to know the answer in our macOS Big Sur vs Windows 10 comparison. 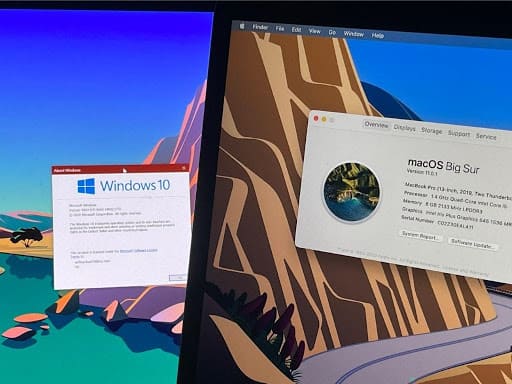 Installing Windows has always been an easy task for pretty much everyone. In a nutshell, with Windows 10, you don’t need to spend your precious time looking for any driver updates. The operating system takes care of them automatically. The only thing you need to update manually is your desktop apps.

However, if you want to check or download the latest version of Windows 10 by yourself, just go to Microsoft’s Windows Update. Even if it’s not there, you can still download using the Upgrade Assistant tool or Media Creation tool from Microsoft.

On the other hand, updating to macOS Big Sur isn’t really that simple. First off, the new macOS only supports models since 2013. Here is the list of macOS Big Sur compatible devices:

On top of that, the macOS update is only available on the Mac App Store. In addition, Apple also had some trouble rolling out this new macOS. Personally, I had faced a couple of macOS Big Sur downloading errors. But, eventually, I can still fix those and enjoy the new update on my M1 MacBook Pro. 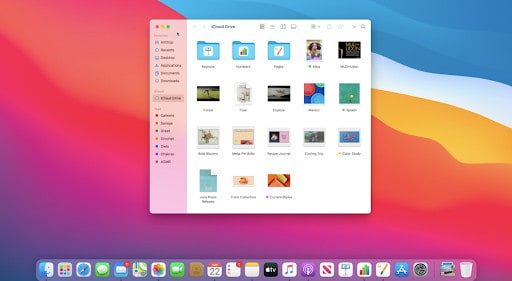 There’s no doubt that Windows 10 has changed a lot over the past few years. From adding in touches of Acrylic and Fluent Design to tweaking the Start Menu, Microsoft has spent a lot of effort to push the Windows 10 design far forward.

Meanwhile, Apple has a lot of time to learn from Windows 10 and improve its new macOS. After installing macOS 11 Big Sur, you will probably have a feeling like your Mac has blended together with iPhone and iPad. Also, there’s a lot of new design language in Big Sur, which is a huge improvement from older macOS versions. You can easily notice that the previous macOS like High Sierra is less consistent with the look and feel when compared with Big Sur.

Well, the point is Apple clearly wants to unify its design to make everything look the same across macOS, iPadOS, and iOS, something Microsoft has been doing for years. In fact, the company has tweaked some icons and even its own software, so that things look and feel more concise across iOS, Android, and Windows.

Overall, Apple still has the upper hand when it comes to design here. Honestly, macOS Big Sur is just clean, concise, and downright beautiful everywhere you look in the OS – other than just the dock and the main desktop. 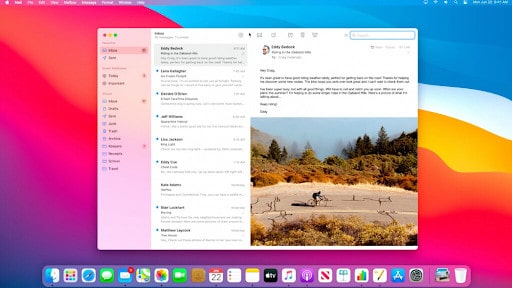 While the Windows 10 File Explorer hasn’t changed much, Apple just gave the Finder a big redesign in its latest macOS update. This is where most users see the biggest differences between macOS Big Sur and Windows 10.

Starting with Finder, the experience is totally different from any other macOS version. With the switch in design language, everything about this feature is a bit wider, longer, and more spaced-out. Plus, the sidebar is also bigger, giving you a full-height and more room to see your folders. Not to mention the ability to open tabs and emphasis on the stuff you want to find in Finder. On top of that, Apple also removed the lines between the sidebar and controls, moving everything into only one bar at the top, perfectly combined with the dark mode to make your desktop look even more clean and professional.

Moving to File Explorer, its overall design is still similar to Windows 8, whether it’s the navigation bar, search box, or icons. I think Microsoft could use some of the changes in macOS Big Sur’s finder to improve this feature in the future. For example, the search bar can be collapsed or we could get back the Sets and tabbing feature which was removed.

Sadly, even third-party apps have a better look and feel than Microsoft’s own File Explorer now. So, I hope to see new File Explorer updates in Windows 10X, soon. 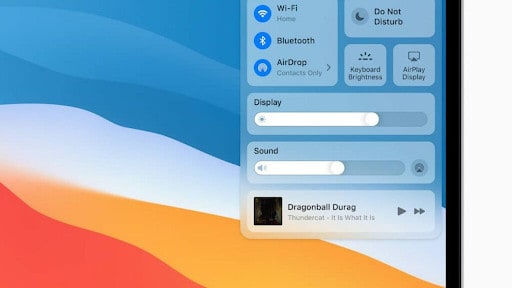 The more I use macOS 11 Big Sur, the more I like the way it handles notifications. On Windows, Microsoft made subtle tweaks to notification tiles, so they’re easier to understand as you see it pop up as a toast notification. But, macOS is still way ahead here.

In the Action Center on Windows 10, you’re currently not able to group notifications by type. For instance, if you’re getting emails from Outlook, you’ll have an entire list of email notifications that pop up and block your screen.

On the contrary, this feature is exactly like what you experience on iOS or iPadOS. Notifications are grouped by type. Plus, you can expand and collapse them with ease. Moreover, there’s no solid background to the notification itself. Not to mention the addition of Widgets here. All in all, I still like the way Action Center in Windows 10 works. But, after all of these years, it starts to look old now. 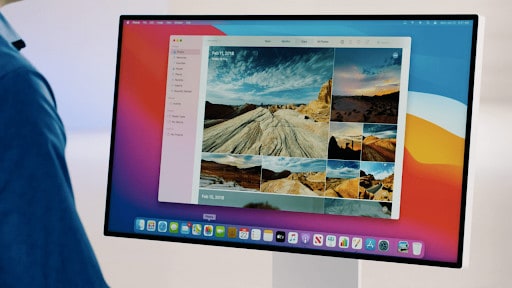 As mentioned above, Apple is trying to bring iOS and macOS closer together. This isn’t a bad thing because it actually helps create a more consistent look on your Mac, especially for apps like iMessage or FaceTime. Meanwhile, the Mail and Calendar apps are getting outdated on Windows 10. And, the settings app also isn’t that concise with a lot of settings buried in the classic control panel.

On the other hand, thanks to Apple’s Rosetta 2, even if your apps haven’t received any updates to support macOS Big Sur, your Mac can still run them.

The main reason lots of apps aren’t available on the Mac App Store is Apple’s sandboxing requirement. This is a security technique that acts as a last line of defense against exploited or compromised apps on the Mac. While it does give you better security, this also means macOS app compatibility is more limited.

Windows 10 will always be the best Microsoft operating system, as it’s built for productivity with window tiling, virtual desktops, and a lot more. I look forward to seeing how good this operating system will be in the future.

But, for now, Apple still has a prettier and smoother operating system. Personally, as a Mac user, I’m really impressed with the new macOS Big Sur. So, why not give it a try?

Again, the final decision still depends on each person’s perspective. So, if you’re an Apple fan or simply want to experience the best user interface available, then macOS Big Sur is good to go. However, if you’re a gamer or just can’t find your apps on the Mac App Store, then Windows 10 is a better option. Besides, with Bootcamp and Virtualbox, you can run and switch between these operating systems easily no matter what device you use.

John Temple is a technology writer and reviewer of MacExpertGuide, a trusted tech website that provides everything you need to know about the Apple world.  John has been working with writing challenged clients for over 2 years. And he is willing to share his ideas with a wider audience.

How to Import MBOX File Into Mac Mail

What are the Best TV Streaming Platforms?