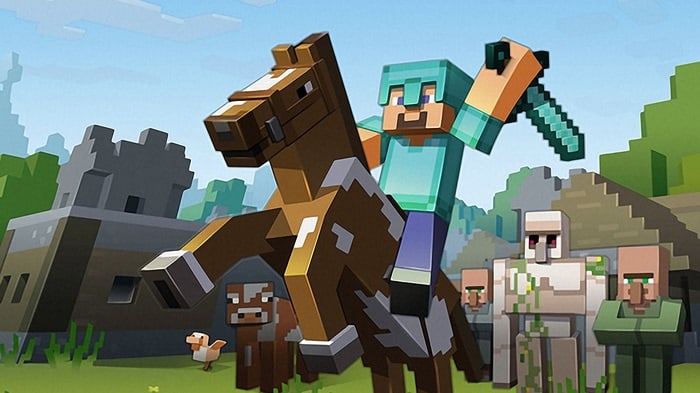 You’ll need a saddle if you want to ride one of the many beasts in Minecraft’s world. Unfortunately, you may be in for a rude awakening after searching the internet for crafting recipes to make a saddle. As it turns out, Make a Saddle in Minecraft is now impossible! The removal of this feature may come as a shock to long-time players.

Saddles can be found all over the Minecraft world. Continue reading to learn more about where to look for a saddle and how to find one.

How to Get a Saddle in Minecraft

As mentioned before, you can’t craft a saddle in Minecraft.

A lack of resources or equipment isn’t an issue here. There is no way to make one in Minecraft, and there isn’t even a recipe for someone to try. Despite this, hope isn’t lost. While exploring the limitless world, a player can get a saddle in a variety of ways.

World exploration is a simple method of finding a saddle in Minecraft. Chests containing them can be found all over the place. So finding one won’t be difficult; you have to be patient.

There’s a good chance of finding a saddle in different places, according to the Minecraft saddle entry in Gamepedia:

The percentages only show where you’re more likely to find a saddle, not where you’ll find them exclusively. If you’re looking for a saddle, you’ll want to make sure you’ve cleared each new area and unlocked all of the chests before moving on. Nobody knows when or where a new one will appear.

A saddle can also be obtained in the game by fishing. Although the chances of finding this “treasure” are incredibly slim (only 0.8 percent), fishing rod enchantments can help you increase your chances. 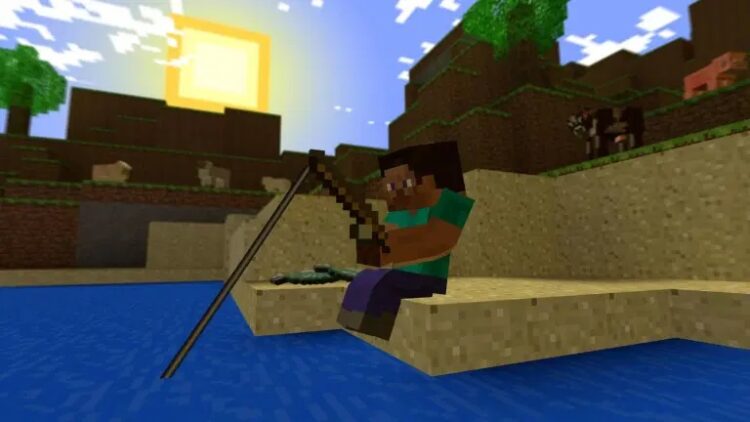 If you need a saddle, bartering with locals may be an option. You have a 50% chance of getting a saddle for six emeralds from master-level leatherworkers if you’re playing the Bedrock Edition. There are no restrictions on this trade when using Java Edition, so it’s always available to you.

Even though saddle drops are sporadic in Minecraft, they can occur if specific criteria are met. Consider the following examples of a saddle drop:

1. There is an 8.5% chance that the saddle will drop if a zombified piglin spawns on a strider while riding it. The likelihood of this happening increases in direct proportion to your Looting level. Looting increases your chances of looting a saddle by 1% for each level you reach in Looting.

2. When you equip something with a saddle, the saddle is dropped when the item dies, so you don’t lose it.

3. When a spawned ravager with a saddle dies, the saddle is also dropped by the ravager. Drop rates are independent of looting level.

4. To get rid of a saddle you’ve placed on a pig to ride it, you must kill the pig first. When you get off the pig, it doesn’t automatically return to your inventory.

How to Make a Saddle in Minecraft Survival

A saddle can be obtained through three different methods in the game’s survival mode, all of which players can use. Included in this are the following:

1. Catching a treasure/saddle while fishing. 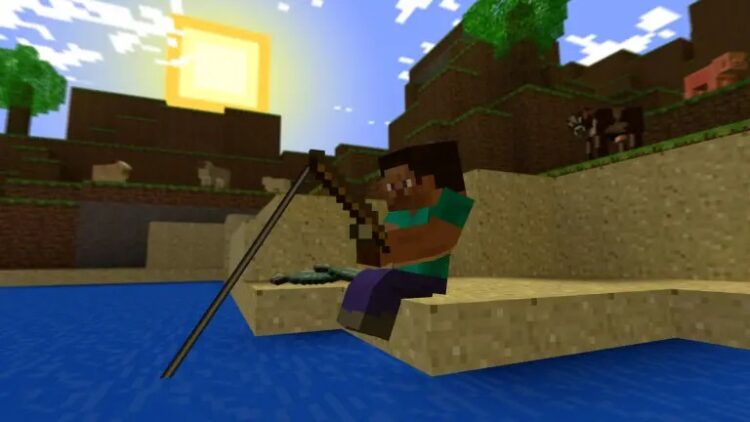 2. Finding a treasure chest in a dungeon is the second method. 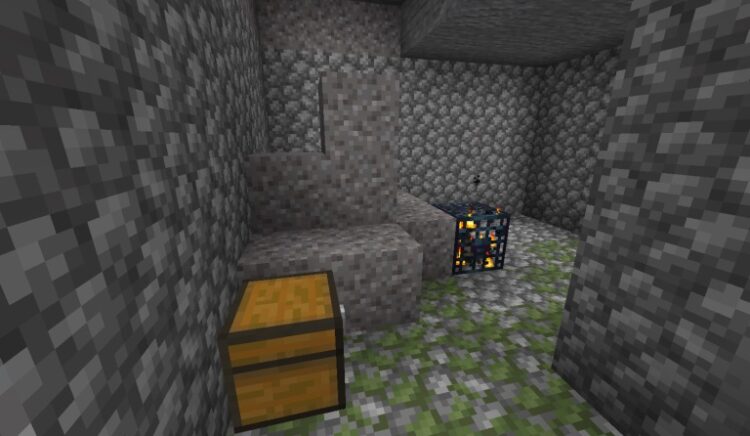 3. Finding a chest in a Nether fortress. 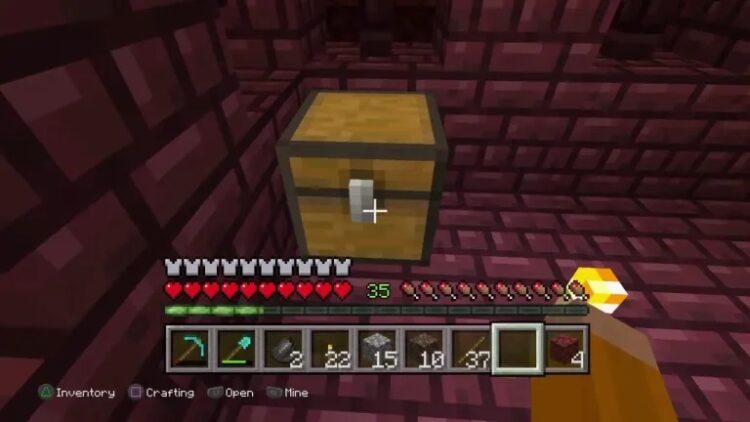 Finding a saddle in these locations is purely a matter of chance, as it has been in previous iterations of the game. You may have to return several times until you get a saddle because they don’t always generate on the first try.

Even though a saddle isn’t something you can make in Minecraft 1.16/1.16.4, you can still come across one. Based on your location on the map, your chances of finding an automatically generated saddle chest change.

While fishing, you may come across saddles as “treasures.” The drop chance is deficient (only 0.8 percent), but even with them, it’s still a risk worth taking.

Where Do You Get Saddles in Minecraft?

Until further notice, the only way to acquire a saddle is to dig through a chest or buy one with real money.

Chests containing various kinds of loot will appear as you travel around the world. As a result, some of those chest locations will generate more saddles than others. The Nether is the best place to look for saddle spawns because it has the highest chance of appearing.

Another option is to go fishing

There’s a very slim chance of finding a saddle in the game, so fishing shouldn’t be your sole motivation. However, if you fish regularly, you may be pleasantly surprised.

You can also trade with a village master leatherworker, who is a high-level trader. They’ll give you six emeralds in exchange for a saddle if you’re playing on the PC Engine. This method won’t work because you can’t sell your Pocked Edition.

How Do You Spawn a Saddle in Minecraft?

In Minecraft, players have no say in when a saddle appears by itself. However, if you don’t mind cheating, a simple command will allow you to spawn a saddle.

First, you need to open a chat window:

Next, enter the command for a saddle:

Remember that for these commands to work; you must have cheats enabled in your Minecraft world. The saddle(s) will appear in your inventory as soon as you enter the command correctly. The number of saddles you can create is entirely up to you.

You can also use mods and add-ons to enable the generation of saddles in Minecraft. It may or may not come at a cost to you in the real world. What edition of Minecraft you’re using will determine your experience with it.

The Java version is available. Mods for Minecraft are readily available to anyone with access to the internet. Game add-ons will be the only option for Bedrock edition players. Add-ons may have a monetary cost associated with them as well. Everything is subject to change based on where you obtain the add-ons.

What Is the Best Way to Get a Saddle in Minecraft?

If you don’t want to cheat, going to the Nether and finding a fortress is the best way to get a saddle. Saddles can be spawned in chests thanks to their natural generator, which is one of the best.

There is a chance of catching one of these “treasures” while fishing, but it is doubtful.

If you’re feeling particularly daring, you can even find a ravager that comes equipped with a saddle. Then, you can take their saddles as loot if you kill them.

Another option is to make one appear in your inventory by using a hack, which will allow you to trade with a local leatherworker at a higher level for it.

How To Put a Saddle on a Horse in Minecraft?

You can’t make a horse saddle in Minecraft no matter how many resources or tools you have. It is because it’s not a part of Minecraft right now, and there’s no way to make one using a recipe.

Various chests, fishing, and trading with specific villagers are all excellent places to look for them. Even ravagers and zombified piglins have been known to ride striders. In the event of death, they will both leave behind a pair of saddles behind them.

Do Villagers in Minecraft Have Saddles?

Minecraft’s villagers aren’t all equipped with saddles to barter. To get a saddle this way, you’ll need to trade with a master leatherworker and have six emeralds on hand. Unfortunately, only 50% of players using Minecraft Bedrock Edition will make this trade, but Java users will always be able to do so.

Get Ready to Ride in Style

Minecraft’s equine mob riding is a common if silly, method of getting around the world. But, unfortunately, the ability to make your saddles has been removed by the developers. So as you travel your map, you’ll have to rely on Lady Luck more than anything else.

Saddle spawns are subject to randomization by the developers at Mojang Studios. So before spending time looking for a saddle, make sure you’ve seen the most recent update. Whenever you’re unsure, look for a raver. When a saddled rider dies, their saddle is permanently removed from the ground.

What’s the best way for you to get a saddle in Minecraft? Tell us about it in the comments.

All Versions – How to Cure a Zombie...

How to Lock WhatsApp And Telegram With Face...