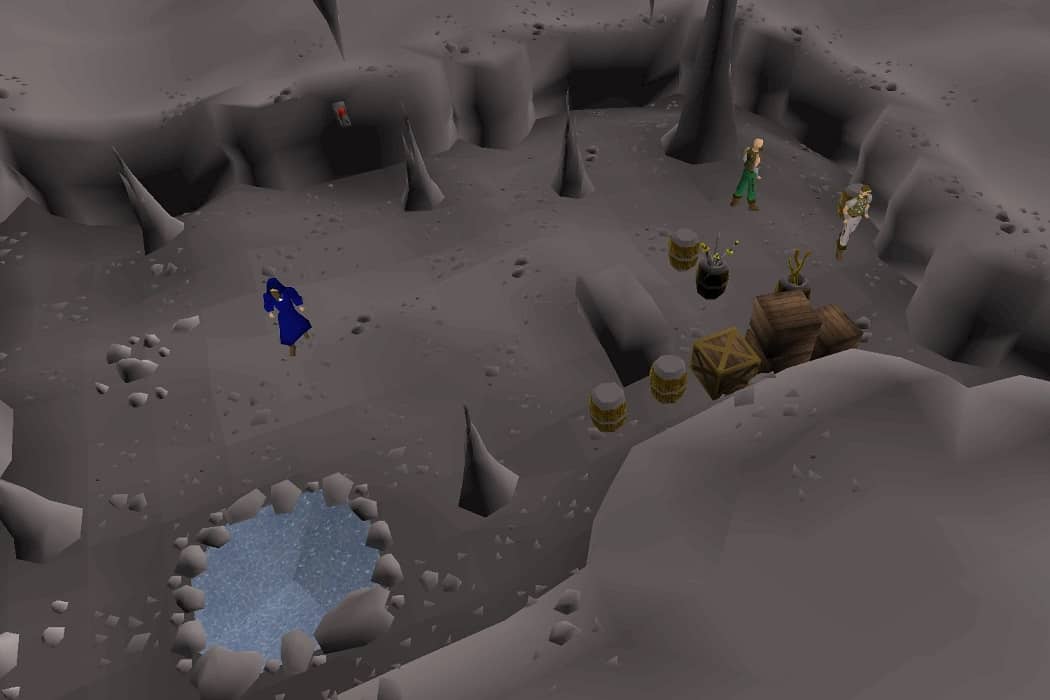 The Mage Arena presents a miniquest for players to take part in when playing Old School Runescape. However, the rewards for playing don’t necessarily revolve around OSRS gold. Players who do decide to participate will be tested by a wizard, and you will want to be at level 60 Magic to get started with the miniquest by going to the Mage Arena and talking to Kolodion.

To get there, you will need to start at the level 56 Wilderness. You can get here by going to the ruins of Edgeville and using the lever. Alternatively, you could go into the small building that’s located near West Ardougne’s gate. This will take you to the Deserted Keep, so from there you need to head north until you see a web. Slash at it with a knife or whatever sharp object you have on you, then go west to reach the OSRS Mage Arena bank.

You will find the arena from here to the north-west, which looks like a small, broken house. Go here and use the webs inside, then pull the lever on the wall. This will take you to a cave, where you will find a bank, a rune store, and perhaps most importantly, Kolodion who you will need to speak to in order to start the Mage Arena minigame.

You will be doing battle with Kolodion as part of the Old School Runescape Mage Arena. You will notice that Kolodion changes form as the fight goes on, and you will only be able to damage him with Magic. He will start off in the form in which you speak to him in, before transforming into a large creature, later evolving into a frost spider, a ghost, and then finishing off as a black demon.

You should make sure that you are using your strongest spells against every form you come across. As to be expected, his hitpoints will increase as each form evolves, though you shouldn’t have too much difficulty if you have Prayer and plenty of food. If the fight does get too much for you, then you can exit the arena and pull the level to the north to exit. You can then return to Kolodion in the form that you left him in.

Once you have overcome Kolodion, then the minigame will come to an end and you will be sent out of the arena. You will then be congratulated by Kolodion and players will be requested to choose their God, which can be done at the sparkling pool. Go into it and you will find yourself near the staff merchant, so go past hem and you will see three statues. Choose which god you wish to pray to, and you will receive a God cape based on your choice. Once you have the cape, go back to the merchant to get yourself a God stave.

If you want to get other god spells, you will need to pay 80,000 coins as a fee for the staff from the merchant, then cast the spells 100 ties. You also need to remember that you cannot mix god staves with a cape from a different god, so be aware.

That is everything you need to know about the OSRS Mage Arena quest and how to get there. It might not yield OSRS gold, but the rewards and battle itself are worth doing. Keep in mind that you can also buy OSRS gold from a number of online resources, or even sell OSRS gold if you wish.

Did you complete the OSRS Mage Arena quest? Let us know in the comments section below!

All you Need to know about Valorant Game...