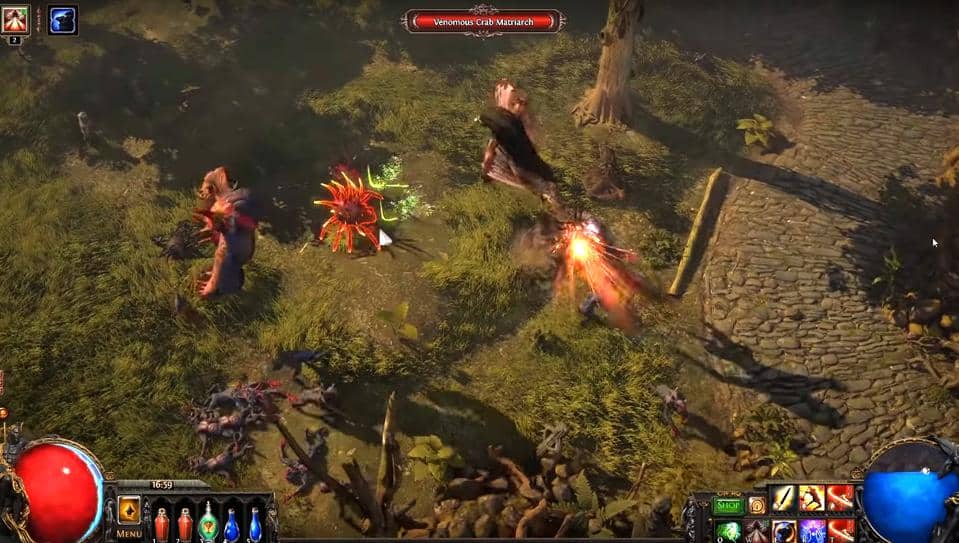 If you are starting out in Path of Exile for the first time, or are still relatively new to the game, then there is probably a lot that you are still learning about. Some of these features revolve around PoE orbs and how they are used, or maybe you want to find the best possible PoE items to suit your PoE build in PoE Trade. Even the way in which PoE currency works can be confusing at first.

A certain feature that you will need to get the hang of is Path of Exile skill gems. So, in this short guide, we will be outlining exactly what PoE skill gems are.

What is Path of Exile Skill Gems?

There are a lot of Path of Exile skill gems to learn about. In total, there are 263 active skill gems, as well as 170 support skill gems. A common misconception about PoE skill gems is that they are the same as passive skills, though this is not the case, as the latter revolves around leveling up your character.

How Do I Get PoE Skill Gems?

There are a number of ways for you to get PoE skill gems. You can purchase them from vendors, complete quests to receive them as rewards, get them as random drops from monsters and chests, and can even be obtained as rewards from turning divination card sets. You can get leveled Path of Exile skill gems from vendors through acts 1-4, which will vary on the progress your character has made and what class they are.

How Do Gems Level?

The way in which leveling works is that socketed gems offer 10% of the XP your character brings in. You are able to PoE trade them without them losing their experience too, and you won’t have to worry about losing anything when you die.

By leveling up, gems offer improved abilities, though you will need to meet higher requirements, not to mention accommodate the increased mana it takes up. If you do want to level the gem up, you will have to have met the required stats as well, otherwise, you won’t be able to progress with the power leveling. Most gems cap at level 20, though some are able to go beyond this level to keep raising it. One way of doing this is by corrupting the gem with a Vaal Orb. This is where it is able to lift the gem level beyond 20 potentially or increase its percentage at least.

This should give you the foundations to PoE build upon your knowledge of Path of Exile skill gems. There are certain gems to keep an eye out for those offer exceptions to the rules above, but for the most part, you can refer to the introduction that this article brings to give you an idea of how skill gems work in Path of Exile.

Are you familiar with Path of Exile skill gems? Let us know in the comments section below!