Pros and Cons of React: Virtual DOM, JSX Syntax and Other Factors 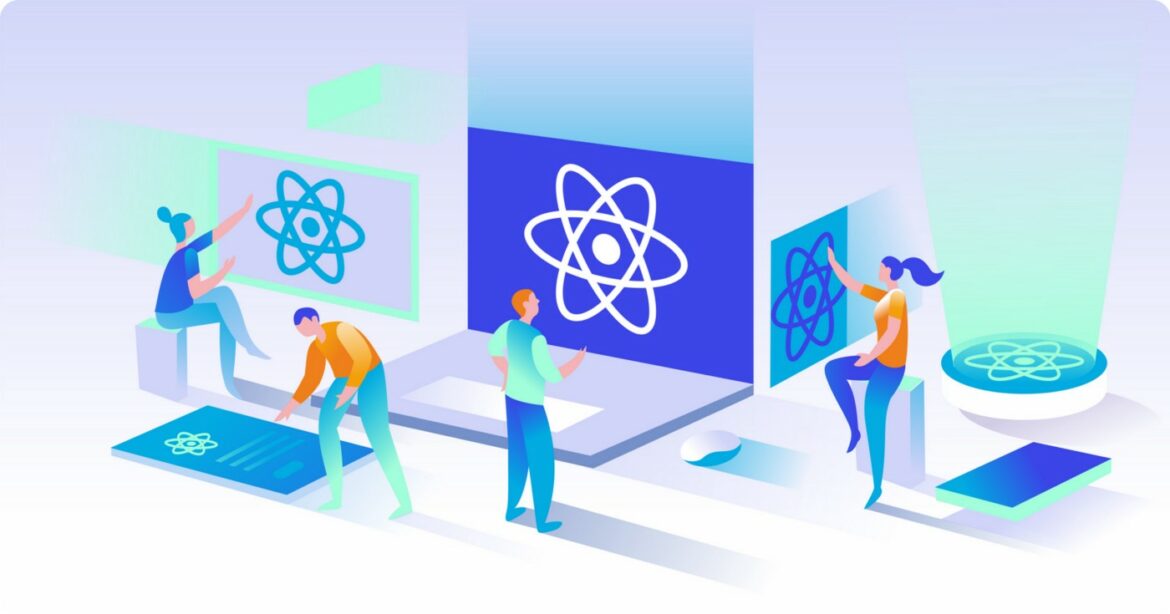 Knowing React’s benefits and drawbacks when comparing it to safe alternatives might help you identify your requirements and select the best technology for your web or app project. React is already well-known for being a powerful tool for creating user interfaces. Therefore, in the last couple of years, React.js development services have been in high demand.

One of a web application’s most essential aspects is the user interface (UI), which is what the user sees and interacts with. But before beginning the creation of every new website, you must verify that the JavaScript framework you have chosen is appropriate for the task. We shall look at the following benefits of React in this article.

Consider React’s drawbacks after looking at its benefits:

Let’s examine each of the points one at a time.

Benefits of React for app development

Make up your own mind and share it in the comments if you agree or disagree with some of the advantages.

The tree structure of an HTML page that is sent to a client by a server upon a corresponding request is defined by the Document Object Model (DOM). To enable interaction between programming languages and online pages, the DOM represents web pages in an object-oriented way.

The DOM is updated by the browser after each check for changes to the DOM. Tons of things, including user input, an HTTP request, getting data from an API, and more, might cause the document object model to change. Every time a page is changed, the browser updates the DOM. The large DOM of modern websites makes updating difficult and slows down the web application’s overall performance.

Instead of slow interactions directly with the real document object model, React.js interacts with its lightweight, virtual DOM copy, so the real DOM is updated just after interacting with the virtual DOM.

Updating the entire DOM to make a web page “reactive” is extremely inefficient because it consumes too many resources. Therefore, in fact, when a web page changes (for example, as a result of a request or user action), React updates a special virtual DOM.

React keeps two versions of the virtual DOM in memory  —  the updated virtual DOM and its backup created before the update. After the update, React compares both versions to find the elements that have changed, and then  —  updates only the changed part of the real DOM.

Such a process at first glance seems overcomplicated, but it takes much less time than updating the entire document object model, therefore, it optimizes work with the DOM.

One of the vital goals of any startup is to produce an application that is fast and responsive, to provide the best possible customer service. The virtual DOM, unlike the real DOM, takes up little space and updates quickly, thereby improving application performance and page loading speed.

The virtual DOM allows the page to immediately receive responses from the server and display updates. For example, Facebook uses virtual DOM technology to update users’ chats and feeds without reloading the page.

When working with React.JS, you create reusable components: most often, a UI component can be used in other parts of the code or even in different projects with little to no changes.

Moreover, libraries of ready-made open source components are available to developers of React.js applications. Thanks to them, development time is reduced, which is very important for startups that need to save not only money, but also time.

One-way data flow in React —  is another very useful feature. This flow of data is also called top-down or parent-to-child. The explanation is quite simple  —  in a React application, data is passed between elements in only one way. Downstream data flow prevents errors, facilitates debugging.

Like any other technology, React has advantages as well as disadvantages. Let’s explore React constraints in detail!

ReactJS is a relatively new technology, and owing to the developers who contribute to it, it keeps evolving and adding new features.

However, React’s and related libraries’ documentation is frequently incomplete. In addition, developers frequently update libraries without updating the documentation, making it challenging to incorporate the libraries into current applications and become familiar with new functionality.

ReactJS makes use of JSX, an HTML-based syntax extension for constructing JavaScript objects. This extension makes it easier to modify the DOM and makes the code more readable.

Young developers, however, may find the HTML syntax in the middle of the JavaScript code strange, thus it takes some time for them to adjust. Therefore, JSX is frequently viewed by inexperienced developers as a shortcoming in React.

Because a web application needs to generate traffic and draw in new users, search engine optimization (SEO) is crucial. You must comprehend how Google indexes web pages in order to appreciate the complexity of SEO in a React project.

Special Google search bots that crawl web page content and store it in the Google index are used to index web sites. Google searches its index of data to find the most relevant sources of information when a user asks for specific information.

HTML pages can be easily indexed by Google bots. With JavaScript pages, things are less straightforward since, in contrast to static web pages, dynamic online apps, particularly those built on React, must go through a laborious indexing process.

Thus, the page of the React app may not be indexed correctly, or the indexing may take too long. That one case, that the other  —  both will force Google bots to leave the page of the site.

There are several approaches to make a React site more SEO-friendly, such as pre-rendering or server-side rendering.

React has been successfully proven to be effective in creating performing web apps and interactive user interfaces, which is why it is so widely used in the IT industry. React has many benefits that you can take advantage of, but when building a web application for your business, you should also keep in mind the disadvantages of each of the technologies. Analyze your app project requirements, to understand if React.js is the best choice for the development.

Can You Use Technology To Help With Intermittent...

How Commercial Loan and Technology Helps in Enhancing...