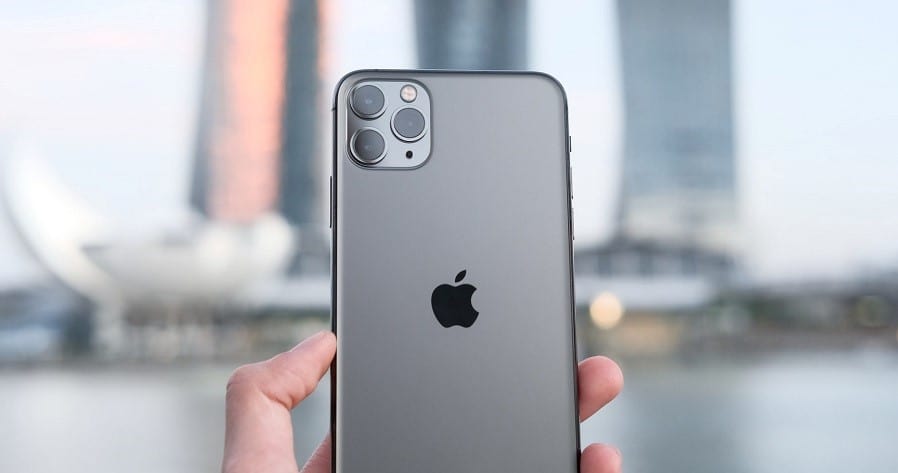 The recently launched iPhone 12 series has come up with some of the highest rated mobile phones of all time viz. the iPhone 12 mini, iPhone 12, iPhone 12 Pro, and the iPhone 12 Pro Max.  All four models in the 2020 iPhone series are 5G supported.  Among these, iPhone12 Pro, which is the slightly improved version of iPhone 11 Pro, is likely to steal the show. The iPhone12 Pro marks the beginning of a new innovative generation of iPhone. Let us examine few of its exciting features.

In this series Apple has introduced an entirely new material called Ceramic Shield, which is tougher than any glass used in smartphones. Ceramic Shield is made by introducing nano‑ceramic crystals into glass which makes it harder than most of the metals. Although most ceramics aren’t opaque, Apple made use of exclusive formula to maximize its toughness and developed an optically clear Ceramic Shield suitable for the display. Not only this, it is also made scratch-resistant by using dual ion-exchange process. Also due to Ceramic Shield it gives 4 times better drop performance.

This is available in four finishing touches – Pacific Blue, Gold, silver and Graphite. It has such a premium finish that it appears to eye as something grown, rather than manufactured. A physical vapor deposition process for edge coating is used in most of the iPhone 12 Pro as well as iphone 12 Pro Max. You can say that the iPhone 12 Pro is jewel like.

The hardware consists of insanely fast A14 Bionic chip. iPhone 12 Pro has the first 5‑nanometre chip which is generations ahead of any other smartphone chip. To make a chip faster more transistors are required to be added and it contains nearly 11.8 billion transistors packed extremely close together. This increases the speed of energy flow between them which, in turn, largely reduces the loss of energy. Thus, A14 Bionic boosts performance and at the same time saves energy.

It has 16 core neural engine capable of 11 trillion operations per second. This improves the detail in a photo up to 80% faster and the CPU is also improved to work 70% faster. With the introduction of all new image signal processor the iPhone 12 Pro can record 4k/60fps in HDR Dolby vision. The portrait mode on iPhone 12 Pro is very efficient in greatly segmenting images along the borders of the finer things like hair, leaves etc. This results in less ‘messy blur’ at the borders of heads and faces as well as smooth separation of foreground and background.

LiDAR is a feature only found in iPhone 12 Pro. It is the technology to be used by NASA for its next Mars landing. It enables ultra-fast auto-focus and lock-in in low light scenarios. The LiDAR Scanner measures absolute depth by timing how long it takes invisible light to reflect back from objects. Thus, it can provide a detailed depth map almost instantly and with great accuracy. A more accurate depth map also enables iPhone 12 Pro to recognize which objects are in front of others and the final outcome is true to real.

LiDAR technology also makes Portrait Mode possible on the Wide lens in Night Mode shots. The auto focus is up to six times faster. Wide camera with f/1.6 aperture allows 27% more light in, so even in low light conditions, we get a well-focussed image against a beautifully blurred background.

Apple is not including a power adapter with this iPhone but this is not a draw back. It is for reducing e-waste and cost savings, if you already have power adapters and headphones at your place. However, it comes with the MagSafe charger which is finished with an aluminum ring. To prevent the phone from getting scratched while sitting on it or being attached, its top consists of a soft pad. It is packaged in thinner boxes, because there is no power adapter or wired headphones.

The retail price of iPhone 12 Pro is INR 1,19,900 for the base and 128 GB storage model and INR 1,29,900 and INR 1,49,900, respectively for its 256GB and 512GB storage options. In US it is available at a price of at $999. This year Apple didn’t increase the price of iPhones and on a per-gigabyte basis the new iPhone 12 Pro is actually cheaper. The expanded storage options are in fact, cheaper by $50 in 2020 making the new models a better value on every vector, especially if you want to upgrade.

Conclusively, this is an amazing phone with the best overall camera system and other very impressive features. It is undoubtably a superb possession and you will be happy and proud to possess one.

How to Fix SIM Not Provisioned Error (Easy Methods)

How to Track Someone’s iPhone?