Nowadays, people prefer the Android operating system as compared to Windows. Well, the reason behind it is only the games.

Other than this problem, another common issue is the controlling system of the Android devices. Many people complain that playing a multiplayer game on a smartphone is much difficult. Are you also having the same complaint? Do you ever wish to connect your mouse and keyboard with your smartphone? If your answer is yes, then here is a great solution to your problem.

Today, we’re going to share software with you through which you can attempt Android games on your Windows-based PC. Well, the great thing about this software is that you don’t need to pay anything for using it on your PC; it is absolutely free to use. LDPlayer is a popular emulator that is also known as one of the best Android emulators for Windows 10. We will discuss LDPlayer in detail later in this article. Well, the game is not over yet, we will also share a list of the top 5 best Android emulators for Windows 10 with you in the same article.

As you are getting a chance to know about multiple things, so you should be reading this article till the end. By reviewing the top 5 best Android emulators for Windows 10, we will share complete details about them, along with their pros and cons. In case you are using LDPlayer emulator for the first time, then there are some chances that you will face difficulties in using it. Now, you don’t need to worry because we are also going to share a complete procedure from its installation to its usage.

What is LDPlayer Emulator? 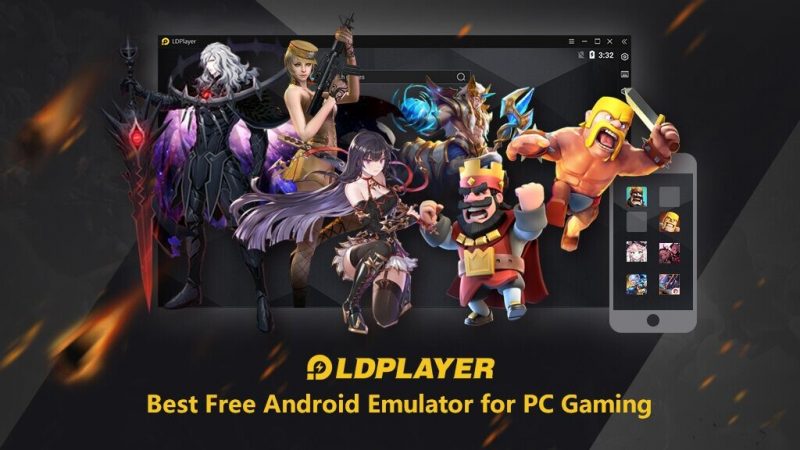 In the start of the article, we have shared a brief introduction of LDPlayer emulator with you, and now it’s time to discuss this fabulous software in detail. LDPlayer is software that is used for combining two operating systems, Android and Windows, on the same device.  LDPlayer is robust software through which you can access multiple Android games without facing any kind of hurdle. The best thing about LDPlayer is that you can also access the Google Play Store.

By accessing Google Play Store, you can install as many Android applications as you can. The most significant advantage of LDPlayer is that you don’t need to pay for the expensive smartphone, just install it on your PC and start playing Android games. Indeed, there are hundreds of Android emulators available in the market, but they are expensive to purchase. Switching to LDPlayer emulator, don’t need to pay a single penny to get it and that’s why LDPlayer is one of the best Android emulators for Windows 10.

Why Should You Go for the LDPlayer?

After reading the details about the LDPlayer, many of you would be thinking that why should we go for this emulator? Well, there are tons of reasons why LDPlayer is better than other Android emulators, but we would like to discuss them later in this content. Here are some of the main and unique features of LDPlayer that you should be switching to it:

Steps to Install LDPlayer Successfully in Your PC: 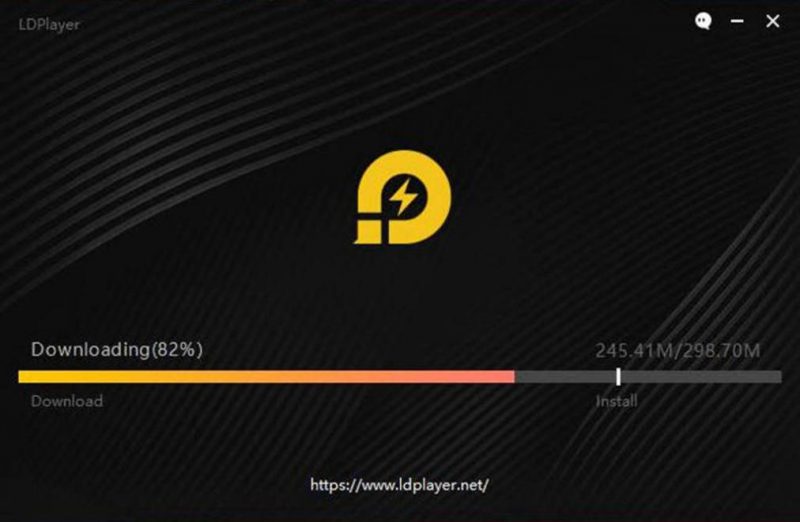 It is very simple and easy to install LDPlayer emulator on your computer. While searching over the internet, you will find many articles related to this purpose, but the content in those articles will be much complicated to understand. Here we are going to share the easiest way to install LDPlayer on your PC successfully. Just follow these steps accurately, so that none of the error occurs during the installation.

Best Android Emulators for Windows 10 in 2020 By keeping in view all of the amazing features of the LDPlayer, it wouldn’t be wrong to give the first position to this Android emulator. If you are using Windows 10 operating system, then nothing is best than LDPlayer for you.

Only a few months have been passed in the launch of this Android emulator, and we can notice that a large number of people are using LDPlayer. The popularity of the LDPlayer is increasing with the passage of time because of its stunning advantages. The developers are still working on the performance of this software, and we can expect a lot of improvements regarding this software in the future.

Till now we haven’t noticed any of the disadvantages regarding LDPlayer. If we found any of the one, we will share it with you. Here comes another one of the best Android emulator for Windows 10. Bluestacks is full of amazing features that will help you out to use Android-based applications on your PC efficiently. Bluestack is doing a large business in the market for a long time, but the current Bluestack is based on the Android version 7.1.2, which is commonly known as Nougat.

According to some reports, the company will launch Bluestack as soon as possible, which will be based on the Android Oreo. Not only on the Windows 10, but you can run Bluestacks emulator on the variety of Windows versions.

When it comes to the turn of the best Android emulators for Windows 10, how can we forget to review MEmu. MEmu is a unique Android emulator that helps you out to reach multiple applications of the Android. Some of the emulators require a PC with high specifications, but the best thing about MEmu is that you can also use it in the PC with average specifications.

MEmu supports both AMID and Intel processors. This emulator is based on the two versions of Android, Nougat, and Kitkat. You can even run MEmu on Windows 7 or the latest.

If you are looking to run Android-based applications other than games on your Windows-based PC, then going for the Nox Player is one of the best options for you. The Nox Player also includes the feature of adjusting controller, gameplay optimization, etc.

It also features a user-friendly interface through which you can use it easily. Basically, Nox Player is based on the old version of Android 5.1.1, but you can still use it on the latest versions till Nougat by using its multi-drive feature. Our list of best Android emulators for Windows 10 is incomplete without discussing this fabulous emulator. It is very clear from its name that Gameloop is specially designed for playing Android games. This emulator is developed by a famous company – Tencent.

In the starting, only users were able to play PUBG on this gaming emulator, but now it is very effortless to access a large variety of games by using Gameloop. If you want to use Google Play Store, you have to install it separately. Gameloop also provides a facility to adjust the controller of the game.

In this article, we have explained a variety of things. First of all, we have covered complete details about a popular Android emulator, LDPlayer. While covering the aspects of the LDPlayer, we have shared the introduction and advantages of using it. As most of the people don’t know how to install LDPlayer on the computer, so we have also shared a stepwise procedure through which you can install LDPlayer in your computer easily.

As the main topic of the article was the top 5 best Android emulators for Windows 10, so we have also shared a list of the best Android emulators. Due to the efficient working response and other amazing features, LDPlayer ranked top on the list. We would love to recommend LDPlayer for a great gaming experience.

Best Autotune Software for Windows in 2021

Smishing is the New Phishing – How to Protect Yourself

Embracing A New Career After A Workplace Injury