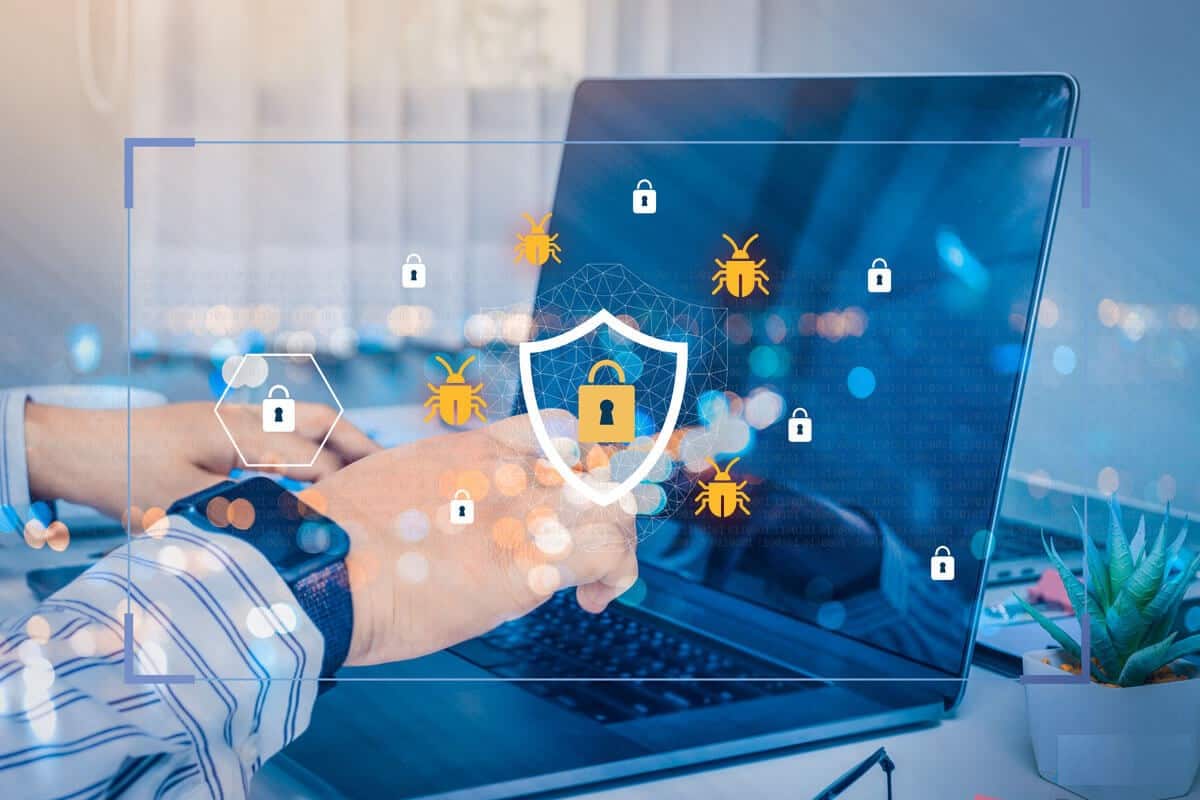 Malwarebytes is a favorite Anti-Malware program thanks to its wide range of features. Nevertheless, if you happen to have a different opinion about Malwarebytes, I have accumulated the nine Best Malwarebytes Alternative for Windows PC in 2021.

This is crucial to understand the difference between Antivirus and Anti-Malware software before moving on to the list of Best Malwarebytes Alternatives. Plus, I will not praise Anti-Malwares over Antiviruses for the sake of making this article more relevant.

Nevertheless, the fact that most software companies have altogether leveled the difference between both these software makes us include the popular Antivirus Suites in the list. The decision will be given to the software that focuses primarily on Malware Removal and is also affordable.

If you are in a hurry:

We recommend using IObit Malware Fighter and Bitdefender Antivirus Plus as two of the best Anti-Malwares available for Windows in 2021.

Now that we have learned the difference between Antivirus & Anti-Malware let’s not waste anymore of your precious time & get straight into the list of Malwarebytes Alternatives & Competitors below.

The Anti-Malware software discussed in the list has been ranked in the said order after a careful evaluation of its features, Ease of Use, and effectiveness. With that being stated, let’s get straight into the list: 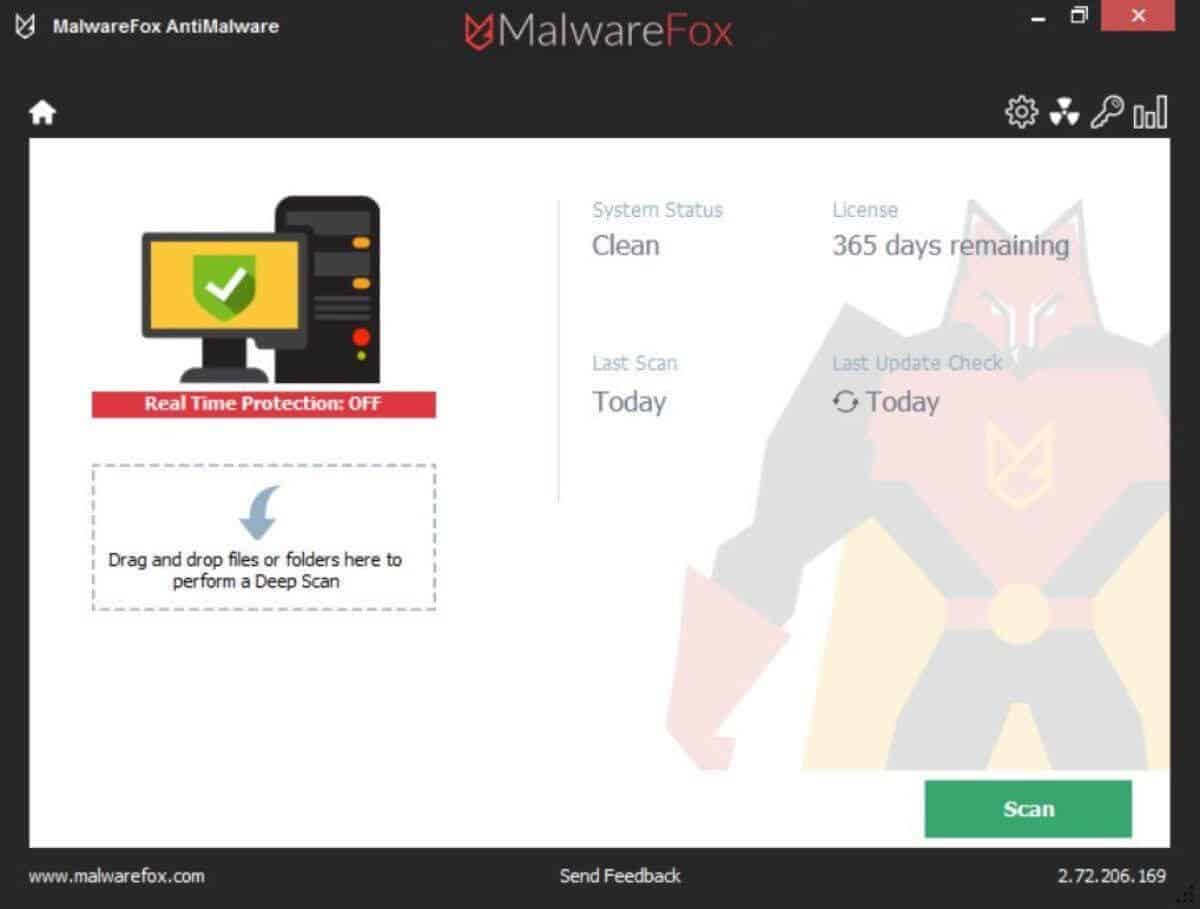 Malware Fox is a simple Anti-Malware that has not yet become an Anti-Virus. It gives protection from even the most advanced malware threats. Malware Fox has further tried to touch the web security but has not made any significant steps in the direction.

Real-time threat detection before its spread is excellent to have. However, it would have been nicer if Malware Fox had included some serious web protection as some other Anti-Malware provide at a similar price point.

Malware Fox also highlights a free Trial-Version which stays valid for a good 14 days to provide you a fair idea of how efficient the software is. So, for the time, it is also one of the best Free Malware Removal Tools.

That being stated, if you have been looking for a simple and easy-to-use Anti-Malware Software that provides top-notch protection from several MALWARE Threats, Malware Fox is 1 of the best Malwarebytes alternatives for Windows in 2021. 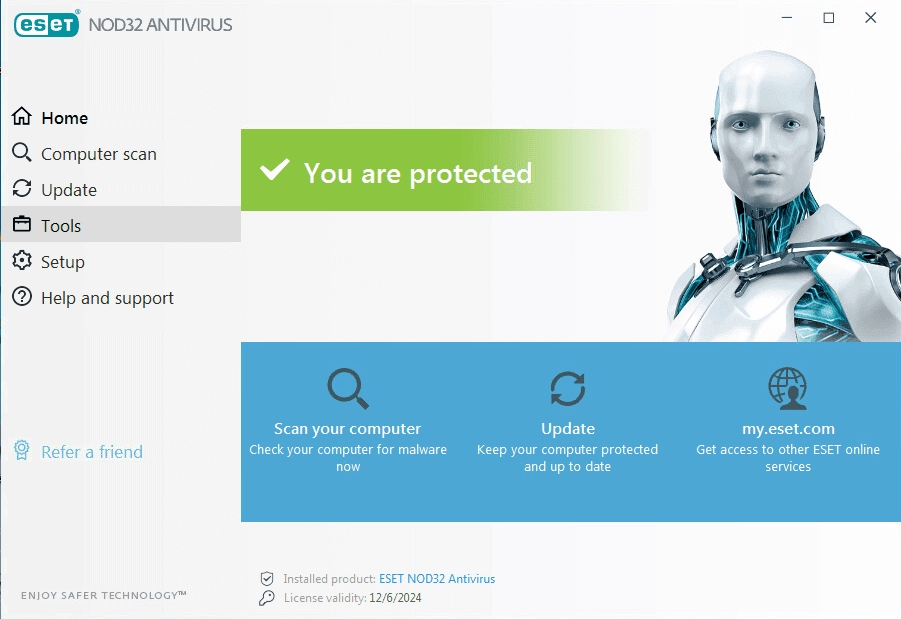 ESET is a popular name in Cyber-Security. The company has many solutions to protect you from modern-day online threats. ESET Smart Internet Security is 1 of its essential solutions, which provides a good number of features at an affordable price.

The features include Real-time Malware Protection and further secures your privacy by blocking unauthorized or undesired access to location and webcam. Anti-Theft is an excellent feature to have.

However, again, Banking and Privacy Secured are more of a trick than a real-world solution because you can not secure your banking or transactions without a VPN.

Considering all its features and Easy Use interface, it is one of the finest Malwarebytes Competitors. 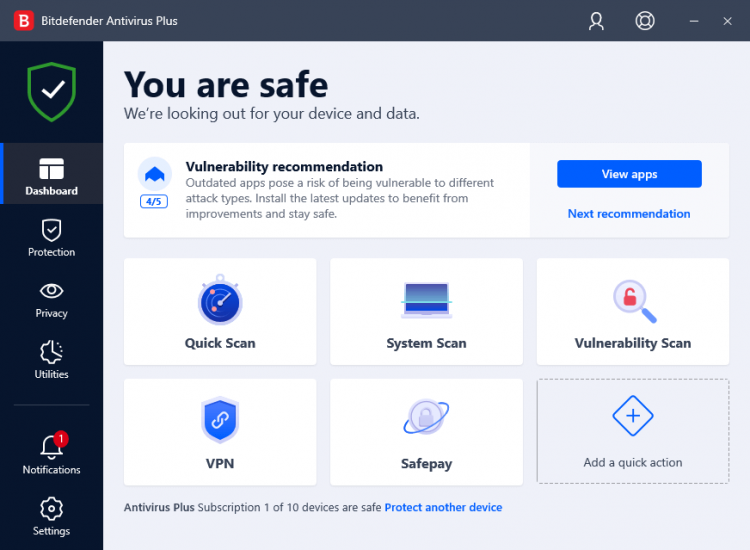 Furthermore, you would be mistaken to believe that Bitdefender falls short of traits than any Anti-Malware on the list. Bitdefender Antivirus Plus is a spirited designed software that gives peace of mind wrapped inside an Easy-to-Use Interface. 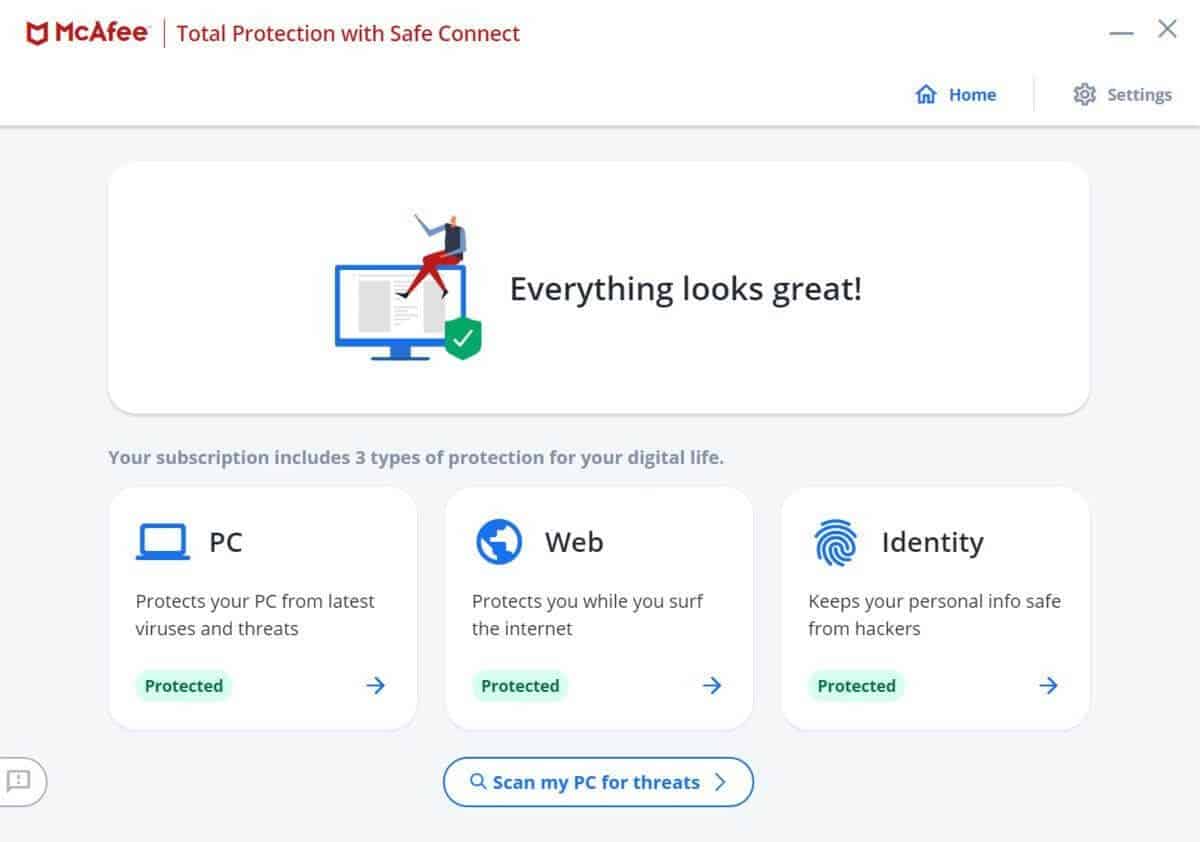 Though McAfee is 1 of the biggest names in Cyber-Security, it qualifies as the contender in this list to its relatively affordable pricing that falls in the range of Anti-Malware.

It needs not to be stated that there is nothing that McAfee lacks in terms of Security. This award-winning anti-malware equipped with other marvelous security traits like VPN, Encrypted Storage, etc., makes it an excellent Malwarebytes Alternative.

Though the McAfee Pricing is a little confusing, you will know when you visit the website. The plan with the most benefit is for ten devices @ $29.99/year.

Trend Micro is another known antivirus solution for Windows. Trend Micro promises to give uncompromised Security and protection against Malware and other threats. Nevertheless, these claims don’t look as promising. Though it is undoubtedly capable of identifying and removing most Malware, it isn’t foolproof.

Furthermore, it promotes secure online banking, which means that it checks the link if it is an original link or not & should not be confused with Encryption or Anonymity.

Trend Micro gives a 30-day free trial to give you a hands-on experience. To wrap that up, Trend Micro is a good Malwarebytes Alternative only when you want to employ basic Security. 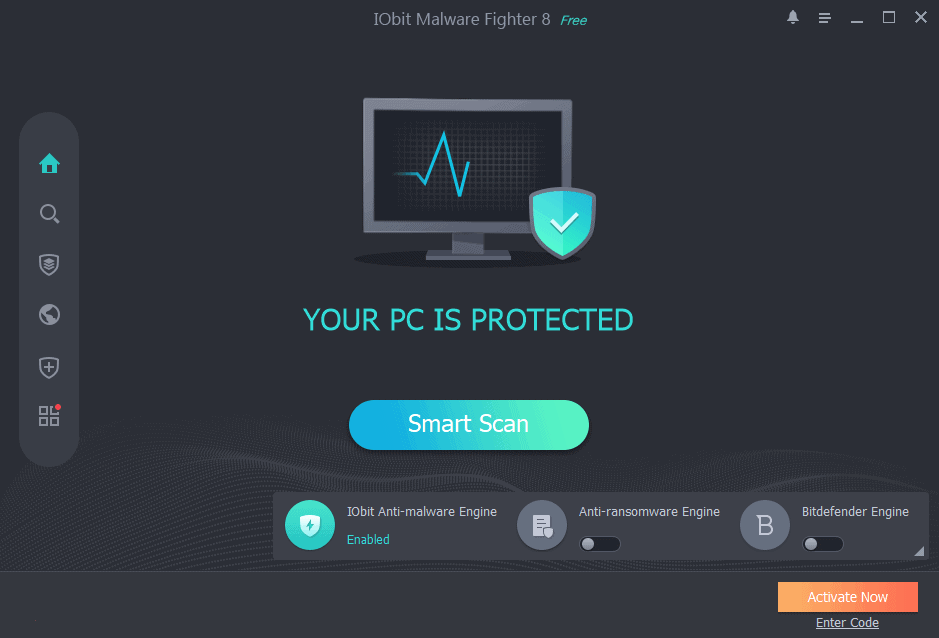 If you are questioning, Yes, I too find the name a bit cheesy. And the software does not stop there, and it comes equipped with some of the best and most valuable features to impress its customers. I became a fan of its User-Interface; It is built to impress you.

In addition to that, the sheer number of threats that it can prevent is just applaudable. The organization claims the capability to detect a whopping 209 Million Malwares; Even Malwarebytes itself does not claim that.

The IObit Malware Fighter has two versions – Free & Paid. The Free Variant, though, contains a lesser number of features. It does the task pretty well.

Considering all its traits and capabilities, I can indeed claim IObit Malware Fighter to be one of the Best Free Malwarebytes Alternative. 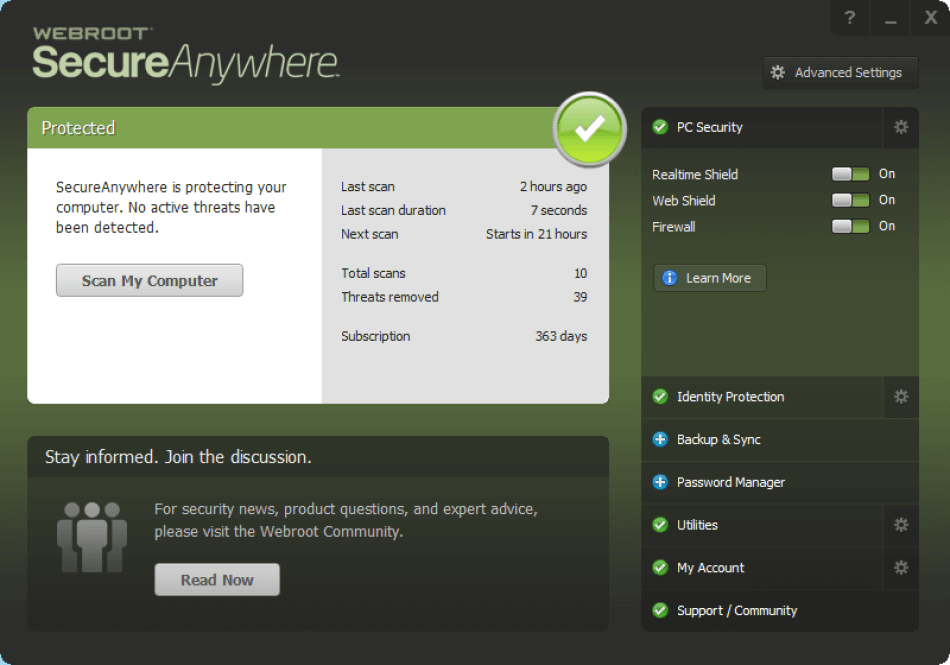 When you see all the traits that Webroot SecureAnywhere offers, they seem pretty normal. However, in actuality, this is something great about Webroot SecureAnywhere. It does not boast many things that it can’t deliver and instead focuses on providing protection against Malware which is, in fact, its primary task.

Webroot SecureAnywhere highlights a simplistic and not-too-modern interface. I loved its simplicity. Webroot gives a 70-day money-back guarantee, which is more than any of the stated above.

Considering all its features, I trust Webroot SecureAnywhere Antivirus to be 1 of the best Malwarebytes Alternative available in the market. 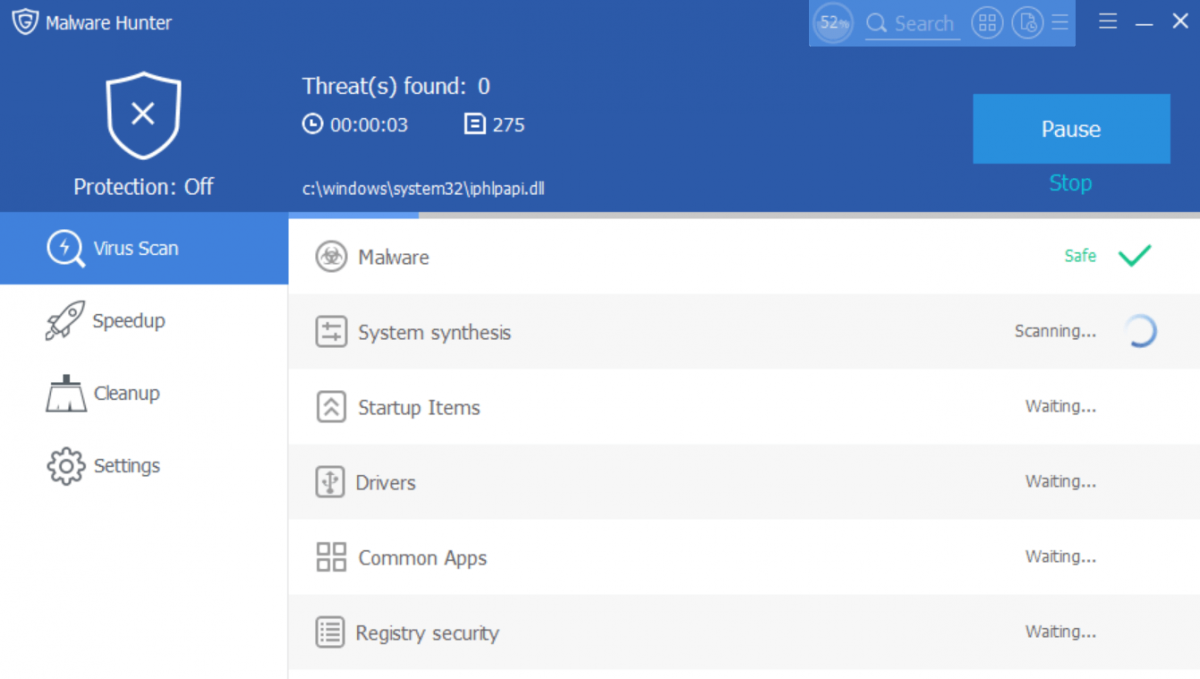 Well, There is not much to talk about with Glarysoft Malware Hunter Pro except that it is a simple and Malwarebytes Alternative. 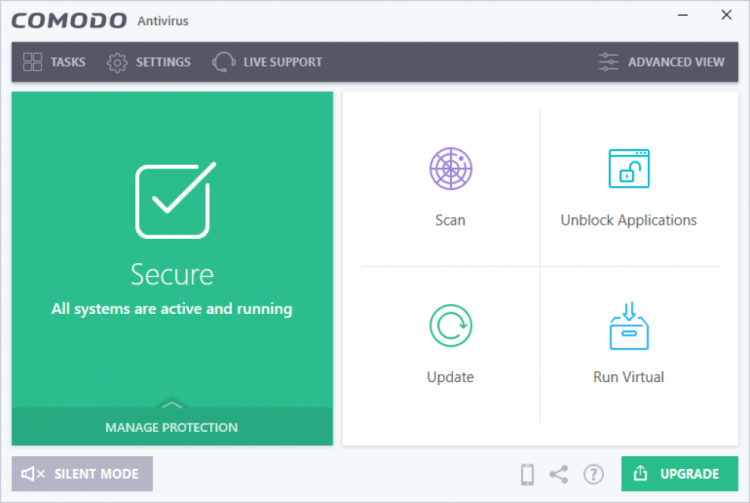 Comodo Antivirus is a popular antivirus solution that is essentially an Anti-Malware, i.e., it is known for its Malware-Protection only, which is not a bad thing.

Comodo further has a free version that contains most traits of the paid version. The Malware-Protection with Free Comodo Antivirus is top-notch, making it 1 of the best Free Malwarebytes Alternative.

Nevertheless, the features that it offers are significantly lesser when we look at the price at which the software is provided, i.e., $29.99. I mean, McAfee and Bitdefender are giving way more at the same price.

However, if you care just about Malware-Protection, I can not help but agree that it is a worthy Malwarebytes Competitor.

We end our list of Best paid and Free MalwarebytesAlternatives/competitors with all these options mentioned. We believe you found the information helpful. Suppose you have any doubt, do let us know in the comment section below.

Top 3 Datings Websites That Have Apps

How Can You Make Your Business Premises More Secure?

How to Use Snipping Tool on Windows PC?