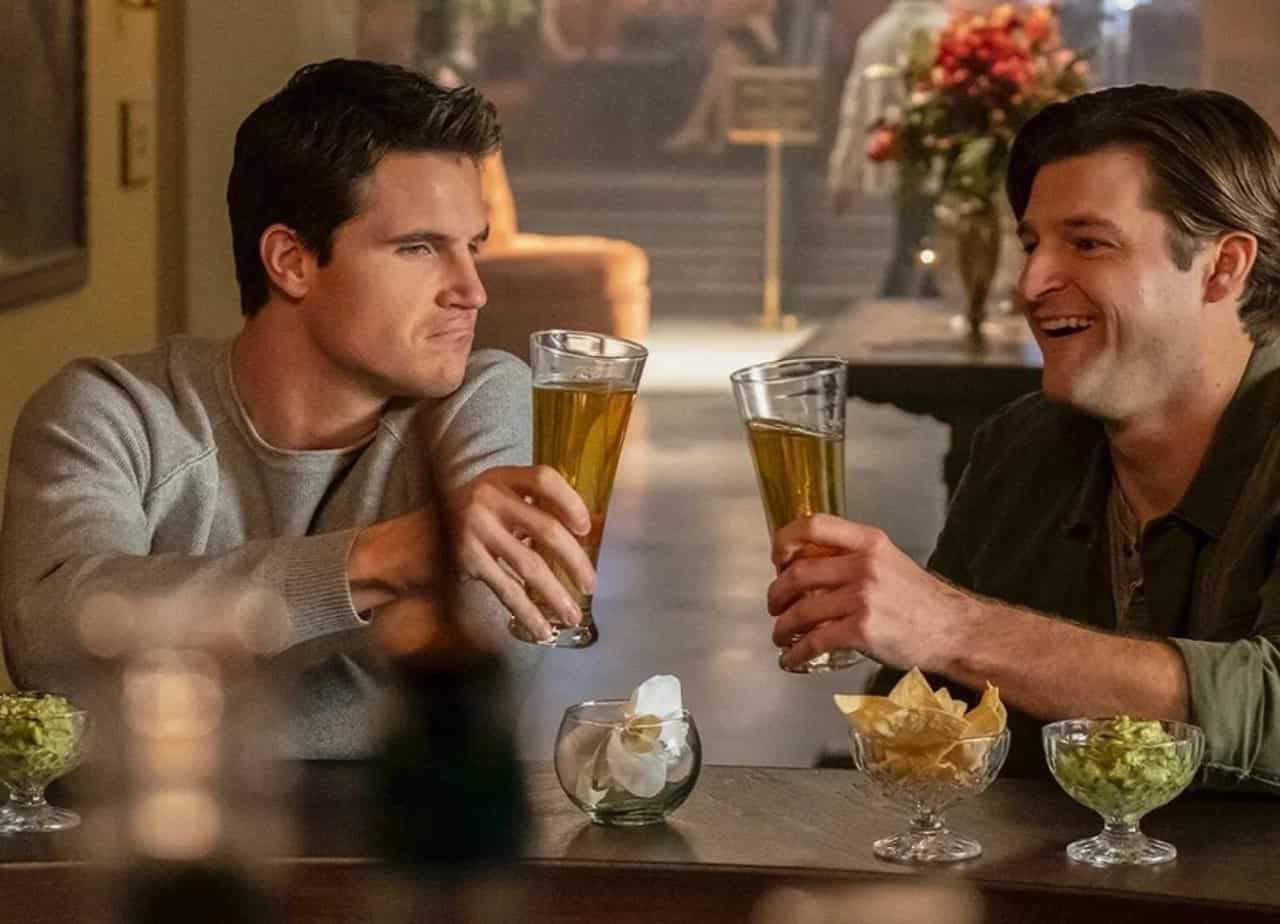 Ever wonder what would happen to you in the afterlife? Well, in real life, you might not have all the answers, but you can certainly imagine a fictional world where you will go after your life. The idea itself is captivating; now imagine having a show based on this concept with a touch of comedy. Yes, you guessed it right! We’re talking about none other than the popular sci-fi series called Upload. And here are some news about Upload Season 2.

Ever since the show debuted, its fans are not getting enough of the series, and they want more. The makers already renewed the series for the second round in May 2020. Furthermore, the series aired for the first time on May 1, 2020, and within seven days, season 2 was confirmed. So, without much ado, let’s dive right into everything you should know about the show’s next season.

The storyline of Upload deals with the virtual afterlife of the main characters in the show, as people can Upload their digital versions into a system so that they can live after death. However, to do so, they are needed to pay a good sum of money. When the hero of the show Nathan, comes in as he was trying to develop a free method through which people can upload themselves in the afterlife.

In the afterlife, Nathan meets Nora, a virtual angel or more like a service to guide dead people through their new life. Furthermore, both of them develop a bond, and Nora confesses her feelings towards Nathan by the end of season 1. Nathan was uploaded to the afterlife with some corrupted memories, which Nora notices, and then she saved his corrupted memories into another file, which someone later deleted. However, towards the end of season 1, Nora was able to bring Nathan’s memories back and discovered that Nathan is not what he seems to be. 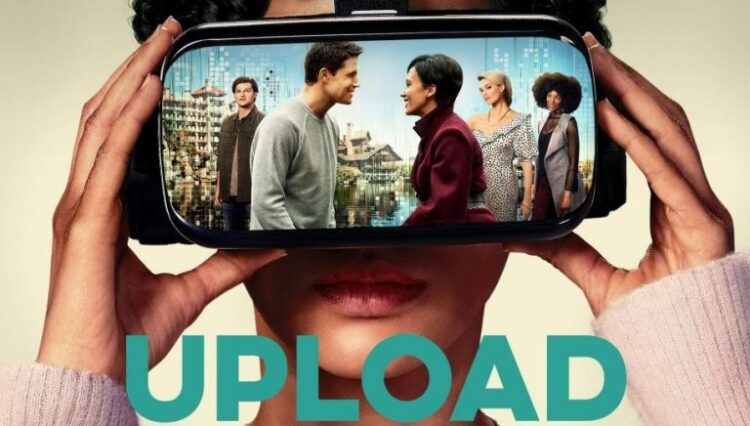 3. Ingrid’s Not that Bad Afterall

Surprisingly, Ingrid is not that bad as she was portrayed initially in the show, as it was revealed in the end that she tried to change Nathan’s car’s settings after knowing that her father plans on killing him. Not only this, when Nathan chose to be the downgraded version of 2GB, Ingrid kills herself to be with Nathan in the afterlife, where she gives him some extra GB so that he can talk. Fans can call it an obsession, but Ingrid is certainly not what she seemed to be.

Sadly, before doing so, he dies in a car accident, and his girlfriend, Ingrid, uploads his consciousness into the virtual afterlife. Furthermore, after getting transformed there, Nathan discovered that Ingrid’s father was the one who orchestrated his murder, and there might be more people involved.

Season 1 ended on a cliffhanger where the lights went off, which means that someone unplugged the afterlife system or there’s a technical issue. Nonetheless, whatever might be the reason, fans are left anticipating how the show’s characters will overcome this obstacle. Furthermore, season 1 had many loose ends that needed proper closure, such as Nora declaring her love to Nathan, but he could not hear it, and she thought that he didn’t respond to her. 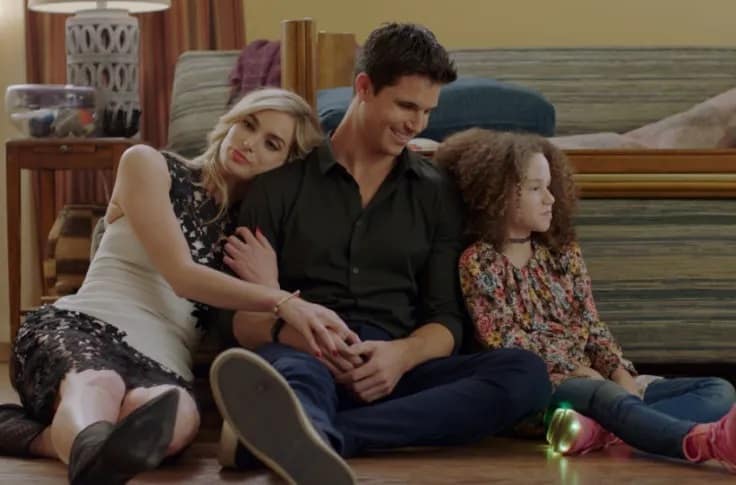 Moreover, with Nathan’s restored memories, viewers realized that he is not a noble person as they thought of him initially. Therefore, it will be interesting to see Nathan in a shady demeanor for the second season.

Best Android Keyboards You Can Use

Makers have not released any official announcement on the date of the release of Season 2. Furthermore, the second season of Upload was confirmed way back in May 2020, but the shooting got delayed. However, the production started in January 2021.

Therefore, everything is indicating to expect a release date of season 2 to be somewhere around the end of the year 2021. Moreover, if the shooting continues for a more extended period than expected, then you can expect the second season to be released somewhere around the beginning of 2022.

As the show’s concept is based on the afterlife thus, fans need not worry about any departures in the series as they will see them again. However, still, if you’re curious about who’s going to return for the second season, then keep on scrolling:

There’s no doubt that we are going to see Robbie Amell returning as Nathan Brown.

Allegra Edwards also seems to be returning to the role of Ingrid Kannerman.

Andy Allo will reprise her role as Nora.

Zainab Johnson will be returning as Aleesha.

Where can I watch Upload season 2?

Did Upload get canceled?

No, Upload renewed for the second season in May 2020. Furthermore, the shooting for the same was also started in January 2021. Thus, the upcoming season is expected to be released by the end of the year 2021.

When is season 2 of Upload Coming?

Its creators do not yet confirm the official release date of season 2. However, the production was started in Jan 2021; thus, its fans can expect a second season by the end of 2021 or the beginning of 2022.

Is Upload available on Netflix?

No, as of now, the show is not available on Netflix. However, the series is owned by Amazon Studios; therefore, it is available on Amazon Prime.

How many episodes will be there in Upload Season 2?

Season 1 of Upload had 10 episodes, so the fans can at least expect 10 episodes for the second round. However, nothing is confirmed by the makers.

It is all we have got on your most awaited series, Upload season 2. So, brace yourself for the second round of the virtual afterlife along with some comedy. Hopefully, this article provided you with all the relevant information which you were seeking.

Best Android Keyboard Apps You Can Use