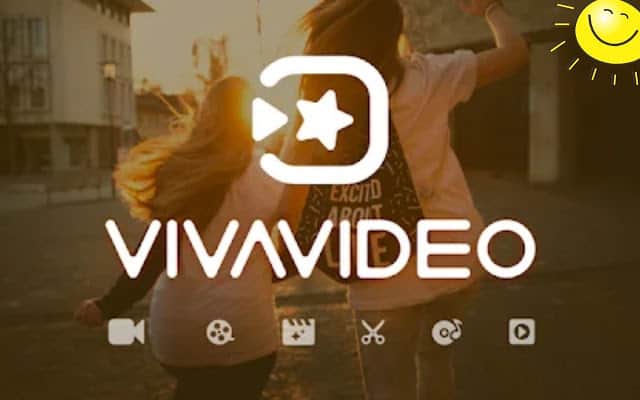 Although the Google Play Store & Apple App Store have no lack of video editors, very few of them are as feature-rich as VivaVideo. This app makes video editing on a smartphone dead fast, with simple-to-use editing software. Add a host of attractive filters, insane sound effects, and a range of predefined themes, and the offering of QuVideo becomes a complete package for funky video production.

A few downsides, such as the clunky UI and the inability to manage multiple tracks smoothly, lie beyond these goodies, however. Not only that, the Chinese app does not have a reliable track record in terms of providing the necessary security of personal data, as researchers at VPNpro have just classified it as spyware. And that’s precisely what led me to round up the best Android and iOS VivaVideo Alternatives so that you can get the correct replacement in 2020.

VivaVideo has been developed for personal as well as technical use. So we have selected applications that can appeal to both of these aspects. Although some video editors specialize in producing advertisements or branding images, others focus on making cool short clips for fun to share on TikTok, Facebook, Instagram, and other similar websites. A few video editing apps have attempted to strike a balance to be attractive to both newbies and pros. Now that you know what these top iOS and Android VivaVideo alternatives have in store for you let’s get on with the roundup! 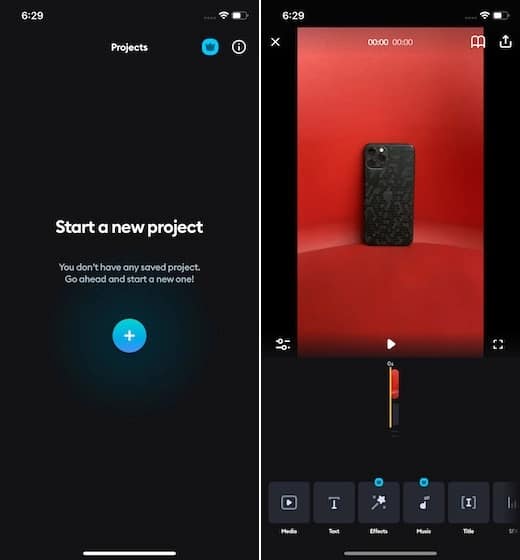 So, You can bank on Splice to live up to your standards for a more straightforward video editing experience. On mobile devices, the software is designed to run smoothly. And it feels more snappy than VivaVideo, with a lightweight and completely customizable interface. Beyond the UI, in terms of providing nice-looking filters for various images, Splice can easily claim to control the roost. So you can use a filter to decorate their looks in an instant, depending on the sort of theme your video has.

Splice also has plenty of background colors, attention-grabbing title slides, and text overlays, aside from filters. It can go neck and neck against VivaVideo on these stages. However, thanks mainly to consistency, Splice is a shade better than its counterparts, particularly on iOS devices, when it comes to transition styles. This is got enough music up its sleeve to add the right sound to your film, with a wide range of free music & sound effects. 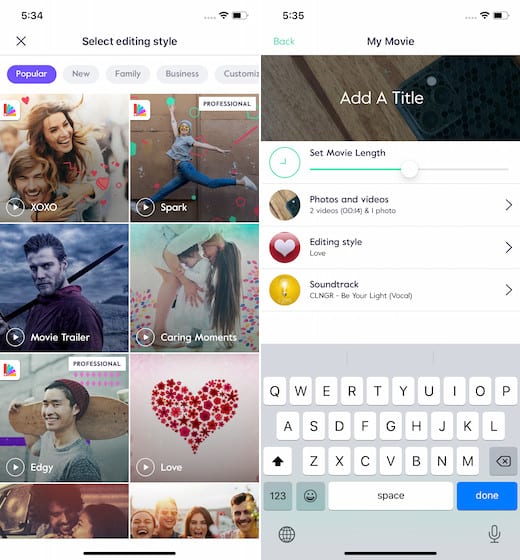 Magisto aims to be a great contender for making eye-catching videos that can position you at the top of the trend list. A large selection of professionally built video editing software that can help you create fun-loving social media videos such as Facebook, Instagram, and Twitter makes it so handy. To simplify the entire process of editing, the software leverages artificial intelligence. You can quickly get a good grip on making videos as the editing tools are very straightforward. That aside, Magisto has an extensive catalog of commercially licensed songs.

Comparatively, the music library of Magisto has not only more tracks but also much more variety. If it’s the variety of music that has caused you to look beyond VivaVideo, the perfect replacement will quickly turn out to be. Besides making a cool slideshow and video collage that has become a rage these days, Magisto filmmaker is equally successful. While this app is available for free, you’ll need to pay $29.99/month or $59.99/month to access all the powerful video editing features. It’s very costly, price-wise, but considering the instruments, it’s worth taking a chance. 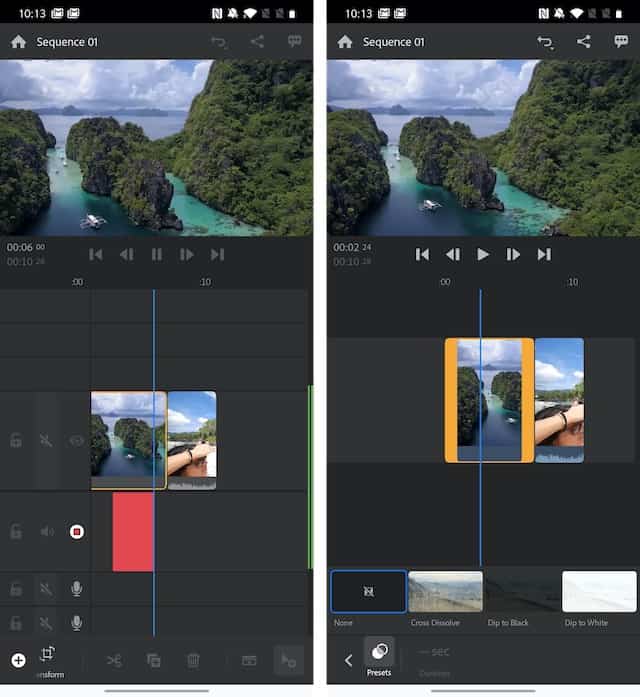 Adobe Premiere Rush is the one that I would suggest you check out, particularly for producing cinematic movies that can send social media on a blitzkrieg if you don’t mind going through some learning curve initially. Premiere Rush is packed with an enviable library of powerful resources, often the case with most offerings from Adobe. The multitrack timeline, which will allow you to take four videos and three audio tracks simultaneously, is probably the best part of this video editor. Perfect for the crunch times when high-quality social media posts have to be made.

VivaVideo is also lauded for having an extensive collection of filters and effects beautifully crafted, making it a breeze to create social media videos. Premiere Rush is on par in this aspect, if not better. It also provides the desired versatility, much like VivaVideo, so you can customize your video, fine-tune color, scale, font, and even use a peculiar voiceover as the background music. Moreover, Premiere Rush also comes with sophisticated sound balance, noise reduction, and auto-ducking tools that make it much superior to competitors. The long story now short, if you wish to get a highly rated VivaVideo alternative for making ads or branding social media posts, give Premiere Rush serious consideration (the pro edition is available for $4.99 or $9.99/month).

If VivaVideo claims to be super cool in video editing, KineMaster is also not behind it. There are quite some areas in which the latter has an advantage over the former. KineMaster sports a more stylish interface for starters that makes navigation a breeze. Plus, it also makes it a little easier to add and merge several video layers to make editing clips on a mobile device less hassle-free. It looks a bit better than its popular competitor, even in terms of color changes. KineMaster ensures the process remains simple, whether it is correcting colors or adding various color filters.

An extensive library of effects that play a crucial role in making a clip look good to the eyes is one of my favorite features of VivaVideo. I must admit that it comes very close to VivaVideo, having taken a close look at the variety of effects provided by KineMaster. My top picks are the amazing slow-motion effects and sound effects. However, KineMaster pips ViaVideo because of the sheer numbers and variety of transitions or EQ presets. I would suggest you check it out if you enjoy using various changes. KineMaster is an entirely featured iPhone and Android alternative to VivaVideo.

PowerDirector would be one of my top choices if I selected a VivaVideo replacement software solely based on the pro-grade video editing tools. What puts this application ahead of the curve is the simplicity with which it enables 4K resolution videos to be edited and exported. It has a handy speed control feature that helps you fine-tune any video’s speed comfortably. The speed adjustment tool will let you do so with ease, whether you want to make a fast-forward video or go for a beautiful slow-motion clip.

In this app, another feature that has caught my attention is the video stabilizer. The video stabilizer will play a role at times when you want to repair shaky videos. I find PowerDirector much more consistent as far as improving shaky videos is concerned. Moreover, it also provides VivaVideo with heavy competition for transitions, effects, and filters. And it means you have the privilege of choosing from both funky and quirky sounds, with a pretty decent range of background music. Quick is designed to make video editing extremely easy, as the name itself makes it crystal clear. You can only give this video editor a chance if you hate to go through the roundabout ways to make a nice-looking video. I bet you’d fall in love with its ability to deliver a completely personalized experience of video editing. If you think that it has sacrificed consistency instead of simplicity, let me assure you that it is as effective as any of the best video editors out there.

To make a video, the app will let you add up to 200 photos and video clips. Not to mention, after a detailed review, the app excels at getting the desired data from GoPro footage and picks up exciting moments. Moreover, it detects faces and colors to frame each shot accurately. The excellent range of over 25 themes, each beautiful sporting transformation, and graphics is another aspect that makes it a perfect VivaVideo alternative. And it’s entertaining to create videos with loads of text overlays, title slides, GPS stickers, and free songs at your disposal. 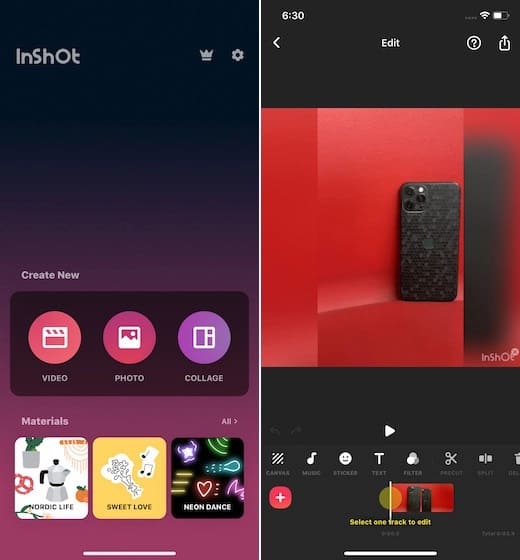 InShot declares to be a top-notch video editor that enables a variety of music to create images. Having taken a closer look at what it has in store, I would say that all the relevant boxes are checked off. And if you’ve set your sights on making funky videos with wild sound effects, it’s hard to find a better solution. The app comes with an ever-growing sound effects library that can bring the offerings of VivaVideo to shame.

As for filters, both large numbers and a wide variety are available. So it doesn’t matter if you want to make your film accept a retro look or want to make it chic. The chances are that your billing will live up to those filters. That aside, to feel smooth and snappier, the app has kept the UI at the minimum level. Plus, lots of fun features are added to the extra goodies, such as emojis and sticker packs. 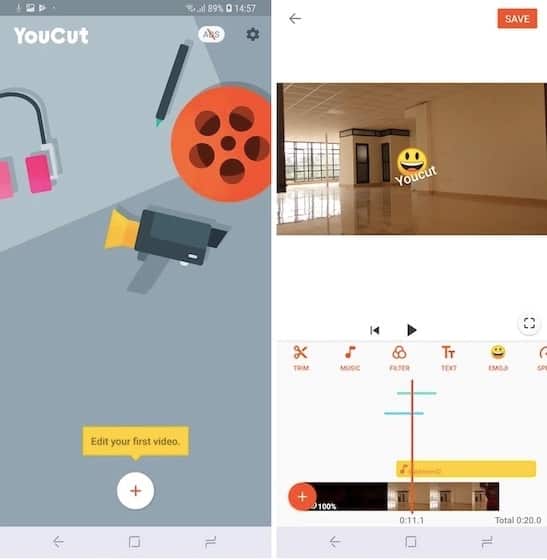 While not as flexible as VivaVideo, if ease of use matters more to you, YouCut can turn out to be your automatic choice. The app is very light and comes with some of the most eye-catching filters and FX effects to allow you to embellish your clips based on a particular theme. Just in case you are not happy with the ready-made offerings, you can customize your filters and effects for a more dramatic effect.

That aside, the app works pretty well without distorting the quality when combining images. It’s highly efficient, even in terms of video trimming, splitting, and slicing. Suppose you’re looking for these qualities in a VivaVideo replacement; it would be the right answer to your needs. You can also use YouCut to change colors, modify the aspect ratio, and choose from various backgrounds. To edit the videos on a smartphone like a pro, you do not have to be a pro. Well, I would suggest you take VLLO for a try if you question my argument. The app has one of the most intuitive UIs that looks familiar right from the beginning of the term. And with reasonably necessary editing tools such as speed change, combining, and cutting, it seems very easy to give videos a better look. VLLO comes with a range of filters & effects, much like VivaVideo, which can go a long way in beautifying your videos.

I found VLLO up to the mark as someone who still loves to have the luxury of a versatile library of sound effects. The app has a growing range of background music with different tones that are royalty-free. Also, it provides an in/out audio fade effect to give your clip a pro touch. This has over 1000 hilarious stickers that can add some amusements to your film. That’s not all. In terms of stickers, VLLO seemed more stable to me compared to VivaVideo. Suppose you never seem to get enough of your mad stickers. Check them out.

So these are top-class alternatives to VivaVideo that can be used on your iPhone or Android smartphone. With both pro and basic video editors lined up, it should be a painless exercise to find the one that can help you craft beautiful clips for sharing on social networking sites. BTW, which one is your favorite mobile device video editor? And is there any worthwhile video editing app included in this roster? In the comments Box underneath, it would be awesome to get your input.

How to Get Sling TV Student Discount?

How Web Scraping May Benefit Your Business

How to Get Rid of Mobile Addiction in...

5 Of The Best Rugged Phones For Sporty...