What Could Happen if Google Reveals Its Algo Secrets? 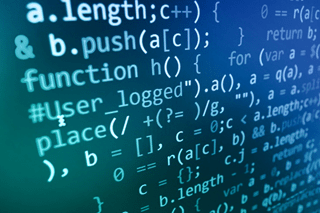 Google’s algorithm is one of the greatest secrets on the web — a mystery similar in importance to Blackbeard’s treasure of the lost Ark of the Covenant — but that hasn’t always been the case.

Once upon a time, when Google was young, its creators happily published the intimate details of each update, hoping to help up-and-coming web developers make websites that ranked highly within search engine results. Unfortunately, unscrupulous web developers took advantage of the given information and manipulated search results to the detriment of users everywhere. In retaliation, Google became more secretive about its algorithm, and today, SEOs can only make educated guesses about how the algorithm functions and what helps webpages rank.

But that might soon change. Currently, Google is involved in a lawsuit within U.K. courts that might force them to disclose nitty-gritty details of its search algo — and that is causing SEOs everywhere to wonder: What would happen then?

To understand why Google could release the details of its search algorithm, you first need to learn a bit about a different search engine — a little-remembered vertical search engine called Foundem. Back in 2006, Foundem was a tool for finding the lowest prices for items on the web; it was so effective at helping users shop online that it often appeared high in other engines’ search results for shopping-related queries.

Yet, that ranking didn’t last, at least on Google. Suddenly, Google buried Foundem under dozens (sometimes hundreds) of pages of other search results — and replaced Foundem with links to its own Google Shopping tool.  Meanwhile, Foundem was still prominently featured on other search engines, like Yahoo and MSN.

Foundem filed a lawsuit against Google in 2012, claiming that Google was engaging in anti-competitive practices and seeking damages for the loss of business incurred as a result of being ranked lower in Google search. After years of delays and deliberations, the U.K. courts have given Google an ultimatum: withdraw evidence that it is using as defense and settle the lawsuit to the tune of millions of dollars in damages — or hand over details about its algorithm to an SEO expert.

Already, Google has given confidential documents about its algo to the U.K. High Court, but because the language is exceedingly technical, Foundem is demanding that an expert have access to the documents to provide much-needed insight. However, Google is reluctant to assent, believing that the expert will have an unfair advantage in ranking — which is a legitimate concern, given that the expert in question runs an SEO company that could leverage his exclusive insight for gain.

If Google refuses to either withdraw the documents or submit them to the expert, the judge is allowed to give the documents to the SEO expert directly. But what could actually happen if this expert not only reads and understands Google’s algo secrets, but if he also shares those secrets with the world?

Outcomes for the Future 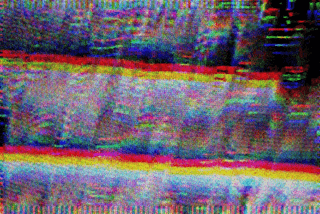 Google’s adamancy that its algo remain secret is not for naught. Should the details of Google’s algo come to light, SEO services would undoubtedly become more effective at getting their clients’ pages to rank highly in Google search — but there would be significant costs that affect not just Google search but the internet as a whole. Consider these all-but-certain ramifications of revealing Google’s algo:

It’s impossible to predict almost anything when it comes to Google. The company is gargantuan, and it is woven tightly into the fabric of modern, digital life, but Google’s success is largely based on its ability to keep SEOs guessing and the internet improving. This isn’t the first time governments have tried to make Google reveal its secrets — but it could be the first time anyone has seen success. SEOs everywhere wait with bated breath to see what Google decides to do with its algorithm.

What Marketing Strategy Consulting Can Do For Your...

The Guide to Selling Moissanite Rings with Digital...