No Result
View All Result
Home How to

What is TFW Meaning And How to Use TFW 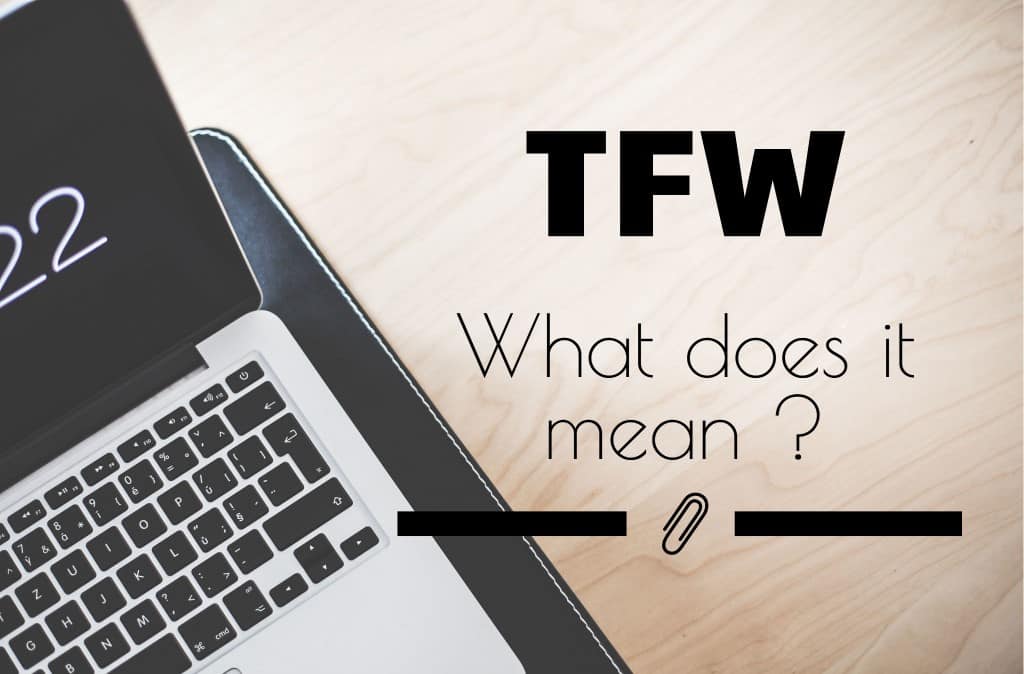 TFW is internet language for ‘that feeling when,’ or ‘that face when’ & conveys emotions about something. In this article, we will talk about How to Use TFW and What is TFW Meaning. So, Let’s begin!

Well, Maybe you spotted it in a social media post, a comment, or also a text that starts with TFW. Plus, it is follow through a phrase as well. This Is a famous saying on social media, and no, it’s not always grammatically correct.

Well, TFW is an internet acronym that stands for “that feeling when.” A funny or emotive picture mostly accompanies this acronym. Many people use it to give emotional context or also a commentary on a situation.

In this way, TFW is more like a meme than an actual acronym you use in a sentence such as FOMO. Mostly follows a strict format, where a sentence beginning with TFW is most of the time (but not always) accompanied by a vibrant picture. That sentence can be relevant to your life, such as “TFW your bathroom floods,” Or it could only be a joke, such as “TFW your friends also know about Pennywise the clown.”

This is not to say that TFW always follows a strict meme format. On its own, TFW indicates to readers that a message or post consists of an emotional context. So, “TFW” can mean something on its own without being accompanied by a picture or notes.

So in most cases, you might reply to a ridiculous or hateful Facebook with a basic “TFW.” Peoples who know what TFW means should understand that you are saying, “this post is bonkers!”. So, Just like that, you could reply to an unexpected message from an ex with “TFW” or reply to a funny picture with “TFW.” 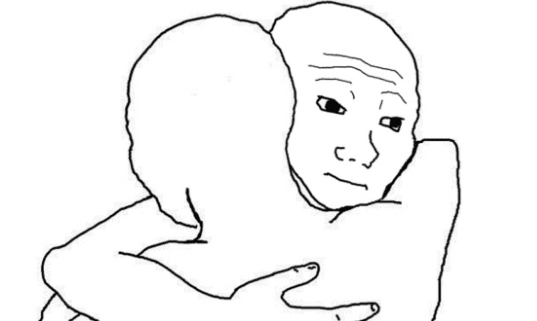 The etymology of TFW | TFW meaning

Some folks also swear that TFW stands for “that face when.” Plus, in a way, they might be right as well.

So, Back in 2009, folks on the 4chan music board (called /mu/) started saying “MFW” or “my face when.” Strangely enough, MFW is also used in the same way that we use TFW today. Well, Folks would post a funny photo of a face along with a sentence such as “MFW people call chess a sport.”

Now, Around this same time, the word “feel” actually developed as slang for the word “feeling.” Here, Memes such as “I know that feel bro” started to spread across the internet. Also, the “Feels Guy” reaction image became a standard piece of internet and nerd culture.

Those two similar ideas merge to become TFW in 2010 or 2011—that’s when TFW was first correctly defined on the Urban Dictionary. So, TFW’s grammatical usage has not changed much since then; the word has become a lot broader. This is a useful acronym for expressing emotions on the internet, a place that’s scandalous for its emotional opacity.

How to use TFW

Folks typically use TFW to convey some emotion or feeling in any given context. This is relatable enough for other folks online to know exactly what you mean — yet while remaining open-ended sufficient that they can also come up with their interpretation of it.

This grammatically correct way to say TFW would work actually along the lines of, “I love the feeling you get when” or I love that feeling when.”

In this initialism, the word “feel” is used as a shortened Language term for “feeling.”

Example of How to use TFW | TFW meaning 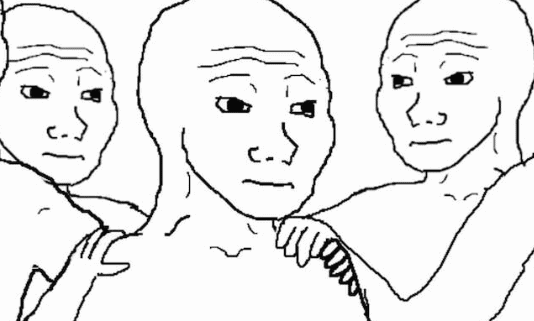 Those three examples above should give you a good idea of how the trend works. So, In general, the acronym is used at the beginning of a sentence, followed by some mundane. Well, everyday activity that many folks have done before.

TFW in Your Own Online or Text Vocabulary | TFW meaning

TFW can work with more exciting, not-so-mundane activities as well. So, They tend to come off as more humorous and also exaggerated than relatable, though. For example:

Here “TFW, when you go skydiving but forget to take out your retainer first.”

This is relatable? Not really, but Hilarious? Absolutely yes.

So, Building on the humorous or exaggerated effect of TFW. Now, Online users will sometimes put TFW at the beginning of a completely ridiculous situation that’s extremely specific and not relatable. (Though, at least somewhat imaginable thanks to the detailed description) to exaggerate the expression.

This acronym is very famous on Twitter & Instagram since it perfectly describes odd, hilarious, and awkward situations. Through utilizing text speak, bad grammar, and also short forms of other words.

As with the greatest of the memes and acronyms that seemingly tend to come out of nowhere, TFW is primarily embraced through younger social media users who have no problem. So, With never spelling anything correctly or also using improper grammar. Nevertheless, the internet is becoming increasingly visual these days, and the number of social media platforms driven by picture & video sharing, plus the rise of emoji. This TFW trend offers just a little extra communicable emotion that can sort of left up to the reader’s imagination as well.

Alright, That was the all, Peoples! We hope you guys like this tfw meaning article and also find it helpful to you. Could you give us your feedback on it? Plus, if you guys have further queries and issues related to this article. Now, let us know in the comments section below. We will get back to you shortly.

What is Bonjour Service on Windows 10? [Full Guide]

How to Fix Print Screen Not Working in Windows 10