Who The World Follows 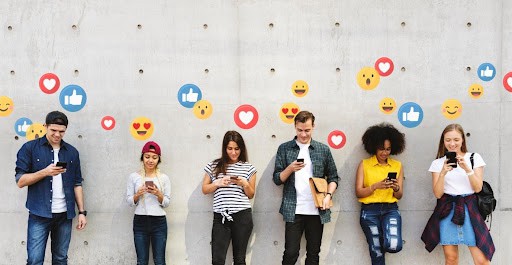 We might not be traveling as much as we used at the moment, but that doesn’t mean that we can’t explore what’s happening in the world around us from the comfort of our own homes. Travel Department have conducted some research to create an interactive world map highlighting the top influencers from around the world. The research compares the most popular influencers across a vast array of countries on Twitter, Instagram and TikTok – while some of the most followed accounts were predictable, they found that there were so many surprises along the way! Check out the map here and read some fun facts about who the world loves to follow below.

Table of Contents hide
The UK Loves 1D
The Beautiful Game
Kardashian Queens
The Australian Hunks
Pop Stars of the US
Who is TikTok Famous?
Economics Anyone?
Sweden Loves Zlatan!
Pope Francis
Musicians Dominate US Twitter
The Best of Both
New Zealand
Exploring The Great Outdoors From Our Phones

One Direction and its former members account for half of the Top 10 most followed UK accounts on Twitter, though it is Harry Styles (of course) who retains the largest following. Harry takes the #2 spot, surpassed only by the BBC Breaking News account!

Fußball ist das Beste! Did you know 8 out of the top 10 most followed Twitter accounts in Germany are related to football? Ach du meine Güte! Bayern Munich’s account is the most followed German football club, with Borussia Dortmund in second place at number 10.

In the battle of the Kardashians on US Instagram, Kylie Jenner commands the most followers, trailed by Kim and then Kendall, with Khloe coming in at number 10 on our list (Kourtney is actually number 13 but unfortunately didn’t make it into the top ten). Truly a family of social media queens!

In the battle of the Australian hunks, Hugh Jackman secures the number one slot on Australian Twitter while Chris Hemsworth muscles his way to number one on Aussie Instagram. Chris’ brother Liam also makes the top 10 being the 8th most followed Instagram Australian Instagram account.

Pop Stars of the US

Step aside Queen B – Ariana Grande and Selena Gomez are the new queens of US Instagram, both securing more followers than Beyoncé, who used to reign supreme. Taylor Swift and J-Lo also make it into the top 10 at number 8 and 9, respectively.

Who is TikTok Famous?

While TikTok is mostly dominated by influencers that are “TikTok famous” Will Smith, Gordon Ramsey, and the Rock are gaining large followings, though only Gordon has secured a top slot in the UK. Some other non-influencer celebrities popular on TikTok include Jason Derulo and Shawn Mendes – the other spots are mainly taken up by TikTok creators!

The World Economic Forum is one of the most popular TikTok accounts in Ireland. Eschewing viral dances for visual fun facts is a hit – who knew?

Greta Thunberg may make a big splash online, both globally and her own country of Sweden, but she still trails behind Sweden’s number one, footballer Zlatan Ibrahimović.

Pope Francis has truly embraced the world of Twitter, sending out multiple tweets a day! He’s the 4th most followed Twitter account in Italy and the 6th most followed in Poland, on a separate Polish account.

Apart from Barack Obama (at number 1) Ellen DeGeneres and Kim Kardashian, the top 10 Twitter accounts in the US are all comprised of people in the music industry! Most of these guys have been around a pretty long time – so while Gen Z may dominate TikTok, they haven’t quite broken into Twitter yet!

The Best of Both

Speaking of Kim Kardashian, along with Taylor Swift and Ariana Grande, these are the only 3 accounts to have gained a place in the top 10 of both Twitter and Instagram in the US!

Influencers and sports stars dominate New Zealand Twitter with half of the top 10 falling under the ‘influencer’ category. However, the most followed Kiwi account (by approximately 5 million followers!) is female musician Lorde with over 7 million followers!

Exploring The Great Outdoors From Our Phones

It seems like a love of nature and the great outdoors is universal as the National Geographic social media accounts appear in many of the country’s top 10 accounts. China, Mongolia and South Africa all have a National Geographic account as part of their top 10 most followed Instagram accounts, while Ireland, Poland and Vietnam prefer their historical content with the official History account securing a place in each of their top ten most followed accounts.

To explore some of the most influential social media accounts across the world, check out our interactive map. By segmenting the information we have gathered across different countries and platforms, we hope to understand what makes these places unique in their culture, likes, and preferences. There’s so much to learn from these social media trends without even leaving your home! Happy exploring!

How to Edit PDF Files with Free PDF Editor

How To Fix Taskbar Not Working – Windows 10

How Language Apps Are Changing The Way We...

Are You Eligible for a Coronavirus Car Insurance...

The Latest Car Tech Keeping You Safe On...