Why are NFTs Worth Millions? 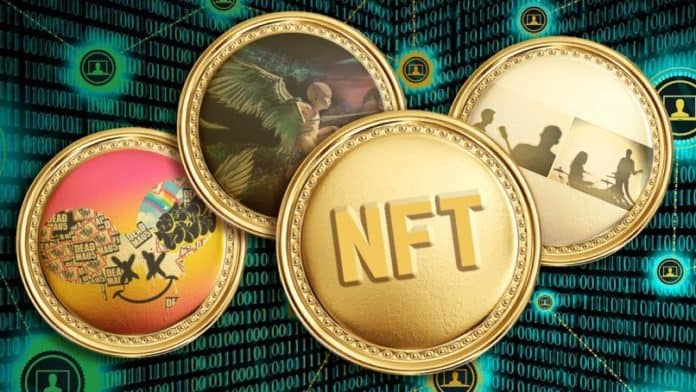 Cryptocurrency stole the headlines at the start of the year, but since early March it’s been NFTs that have captured the interest of the blockchain community.

We’ve seen a number of multi-million dollar sales of NFT (non-fungible token) art pieces, including one buyer emptying their cryptocurrency wallet of $69 million worth of Ethereum to purchase a piece of artwork.

But, while some are struggling to wrap their heads around the concept of an NFT, blockchain evangelists are parting ways with their coins for all types of things, from music to memes.

So what makes these mysterious tokens so valuable?

Table of Contents hide
How much are NFTs actually worth?
NFTs and Virtual Reality

How much are NFTs actually worth?

The value of NFTs is dictated by the market, which at the moment means they’re worth as much as any asset online. While many would argue that NFTs cannot be as valuable as they are if anyone can tokenize their work and sell it online. But, it’s clear that buyers recognize the value of purchasing artwork directly from its creator.

Many pieces of artwork are bought and held by collectors, so access is only available through galleries, or not at all. Digital ownership allows customers to connect directly with the artist. This personable experience is something NFT buyers clearly value.

Moreover, blockchain is a revolutionary system for recording information and has influenced a variety of different industries already, with many companies adopting blockchain-based systems to manage their data. Fintech is one industry that is highly recognizable to the public, as cryptocurrencies continue to dominate the headlines.

Blockchain is something people are believing in and if it is something that becomes globally accepted, the purchase of an NFT at the current rates may look like a shrewd acquisition in the future. Nonetheless, it’s difficult to explain the value of buying a Gif of a Nyan Cat meme from 2011 for $500,000 to someone who doesn’t have an understanding of blockchain.

But, if record-breaking auctions continue, there will certainly be a shift away from looking at these as gimmicky purchases within a bubble, to something of genuine value.

Many of the critics of NFTs question the value of something that cannot be connected to the real world. Creating value in the digital space is difficult, as there is only a small minority of the population financially backing the market. However, if customers were able to visually access their purchases in 3D form, this may encourage people to think again.

The improvements we’ve seen in virtual reality technology, with industry legends like John Carmack leading the charge as the CEO of Oculus VR it’s very encouraging for the adoption of VR into the mainstream. This has given birth to the idea of connecting NFTs, bringing life to the purchases, and transitioning from decentralized assets to something more tangible.

This kind of experience could extend to a kind of ticket-to-ride for holders of NFTs, allowing them exclusive membership style access to unique virtual experiences. Gucci recently announced the sale of $12 NFT sneakers — these are the kinds of tokens that would function perfectly within a virtual reality world.

While there are many skeptics out there, the soaring sales of NFTs make their value undeniable. However, with a little intervention from other industries the marketplace for NFTs could look a lot more appealing to the general public. Virtual reality is just the first building block in what could be one of the most exciting industries to come out of blockchain technology so far.

(Complete Guide) Why Is the Default IP Address...