Will VR Take Off in iGaming?

It has been around since at least 1995 in this industry and yet as we approach 2021, we are still asking the burning question; when will VR take off?

Some people of course are happy without this innovation, believing that VR will never take off and being content with online gaming. But we have our own views on that as you’ll see below.

Our author is Lucas Goldberg, and he has some expert opinions on this subject, as well as a few others we think you will find interesting here.

VR and Its Place in the iGaming World Going Forward

Hundreds of new innovations are taking off in Canada and around the world, something you can find out more about over at Tech Pocket website. But will Virtual Reality be one of them?

The initial attempts at gaming using VR back in the 90’s rather quickly became a dead duck. Nintendo tried this with the Virtual Boy and it was a business disaster for the company.

All of that began to change however much later on down the line, when in 2012 Oculus released the Rift VR headset. Having been developed for just $2 million, it was later sold on to Facebook for a huge two billion but it didn’t hit the masses, nor take off the way everyone hoped.

Other major brands are now involved in the movement. Sony, Samsung and HTC are all aiming to lead the way but will VR get cheaper? That’s the hope. Here are the major plusses and negatives.

Why VR May Well Take Off Now

It at least says something that after so many attempts spanning more than 20 years, developers are still not giving up on Virtual Reality in gaming. The two major reasons it may yet succeed are:

Just as is the case with console sales, VR headsets as a device are not particularly profitable for major organizations.

The content however is where the money is. Oculus Quest sales have absolutely boomed in recent times leading most experts to conclude that if the video gaming industry can profit so heavily from VR, then the iGaming industry can do just the same.

iGaming developers have traditionally been pretty fast when it comes to fostering new technology. Who thought 10 years ago we’d be using apps on our smartphones in quite the way we do? Apps alone in fact are a major driver of the iGaming industry’s revenue now.

With mobile iGaming content getting better and better at places such as Spin Million Casino, it would be folly to think this can’t be connected with VR in a positive way and it is certain that this is the way developers are looking to go. 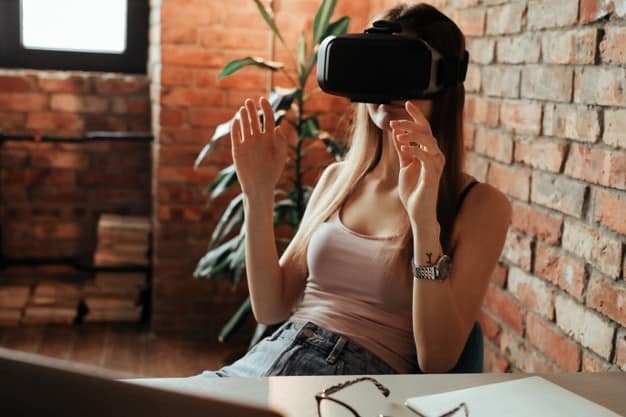 From the outset, there have been numerous problems with VR. It has never quite delivered what we thought, and certainly not in the way 80’s movies had us believing.

Essentially there are three main reasons why virtual reality could struggle to ever reach it’s potential:

To elaborate, VR has found itself floating around inside a rather vicious circle. Without better software and apps to boost currently unprofitable headset sales the audience can’t grow. Yet without audience growth, it is seen as not viable for developers to have millions to spend on better software in the first place.

Software companies, naturally, don’t want to work together on this. Each is trying to steal a march on the other. But, as they work separately and don’t combine efforts, there is no leadership and the fragmented market means not enough money is ploughed into research and development to give us all a better VR product.

In terms of the disappointing user experience, well it goes quite deep. Not only are players ultimately underwhelmed by their VR gaming, but some have even reported feeling unwell which does not bode well for the future.

Unless two or more major developers can get their head together to give VR a proper software development budget, it seems in the short to medium term we are stuck without a great experience.

5 SEO Tool You Must Use For Your Website Monitoring in 2021?

Bigo Live Review: Everything You Need To Know